Return of the Phenom

The light at the end of the tunnel will soon be a literal one for Kiefer Ravena.

It’s one of the little things he has looked forward—finally jogging out of the darkness of an 18-month Fiba suspension over the careless ingestion of a banned substance. That suspension ended on Saturday.

“The thing I think about is finally I get to wear that jersey again,” Ravena told the Inquirer. “I get to really stay in the dugout … listen to my favorite music, knowing that I’d be able to play basketball again.”

“Those are the little things I look forward to … [t]he little things that I got used to doing … and at the same time, when Aug. 24 comes around, I can finally play,” he added. “So you know, listen to my playlist, watching my favorite highlights, putting on my jersey, doing my routine, doing my rituals and just going outside the tunnel and warming up [to play for the] national team.”

It is fitting that with the ending of the Fiba ban, Ravena’s first official game will be in a Fiba tournament, the World Cup in China, where the former Ateneo superstar and now NLEX standout in the PBA is expected to make the final roster.

After all, it is that World Cup stint where he found his silver lining—with help from volleyball sensation Alyssa Valdez, his girlfriend.

As they always say, you learn the value of something and someone when they’re gone so that’s exactly what happened to me. The value of basketball, the value of life because basketball is my life.

And representing the country was that good part.

“I still get to play in the World Cup. Not a lot of people can tell that in their stories. The biggest stage, where the light shines the brightest, as they say [about] the Fiba World Cup,” Ravena said. “So for me, I’m just doing my best.”

He will also play his best for the people he calls his Day 1s, the ones who stuck with him through what he calls the lowest part of his career, where he bounced from one emotion to another—doubt, anticipation, anxiety.

“[T]hose are the people who supported me when I was in my lowest of lows and it’s just appropriate to show my appreciation for them by playing hard, playing my best when I get to the court.”

Ravena joins a Gilas Pilipinas team that has the odds stacked against it. The team is grouped with world powers Serbia and Italy and African standout Angola. The Filipinos will also be without Jordan Clarkson, whose status as a local is still under appeal with Fiba, and the injured shooter Marcio Lassiter. The team also had less-than-ideal preparations, with three key cogs—June Mar Fajardo, Troy Rosario and RR Pogoy—joining practices late because of club commitments.

That’s enough pressure to deal with for every member of Gilas Pilipinas, which begins its World Cup campaign on Aug. 31 in the Chinese city of Foshan. For Ravena, add the high standards he subscribes to.

“[W]ith the competitive nature in me, I’ll have very high expectations. I expect myself to play like I never left, like I never stopped [playing] basketball,” said Ravena, who was allowed to do basketball-related activities only last June 24. “I took my time off basketball to reassess myself, to see the things that I have to improve on which I did during the time that I was out so it was also a time for me to rest. I have no excuses to feel tired, to feel exhausted, knowing that my other teammates, they just came off … a [PBA] season, a long conference.”

Nicknamed “The Phenom,” Ravena gets his first taste of action on Sunday, when the Nationals play a second friendly with visiting Australian side Adelaide 36ers.

“Most importantly, [we want to] get that first win against Italy,” said the 25-year-old guard. “If we get a big victory against Italy in our first game, we’ll shock the world and then fight it out again against Serbia. And then, get a victory that we want against Angola to qualify for the next round.”

Can’t blame him for trying to map everything out for Gilas Pilipinas. After all, Ravena just came from a course-altering chapter of his career. And that detour showed him how fragile road maps are, how things can change at the drop of a preworkout drink—plus a few more lessons. 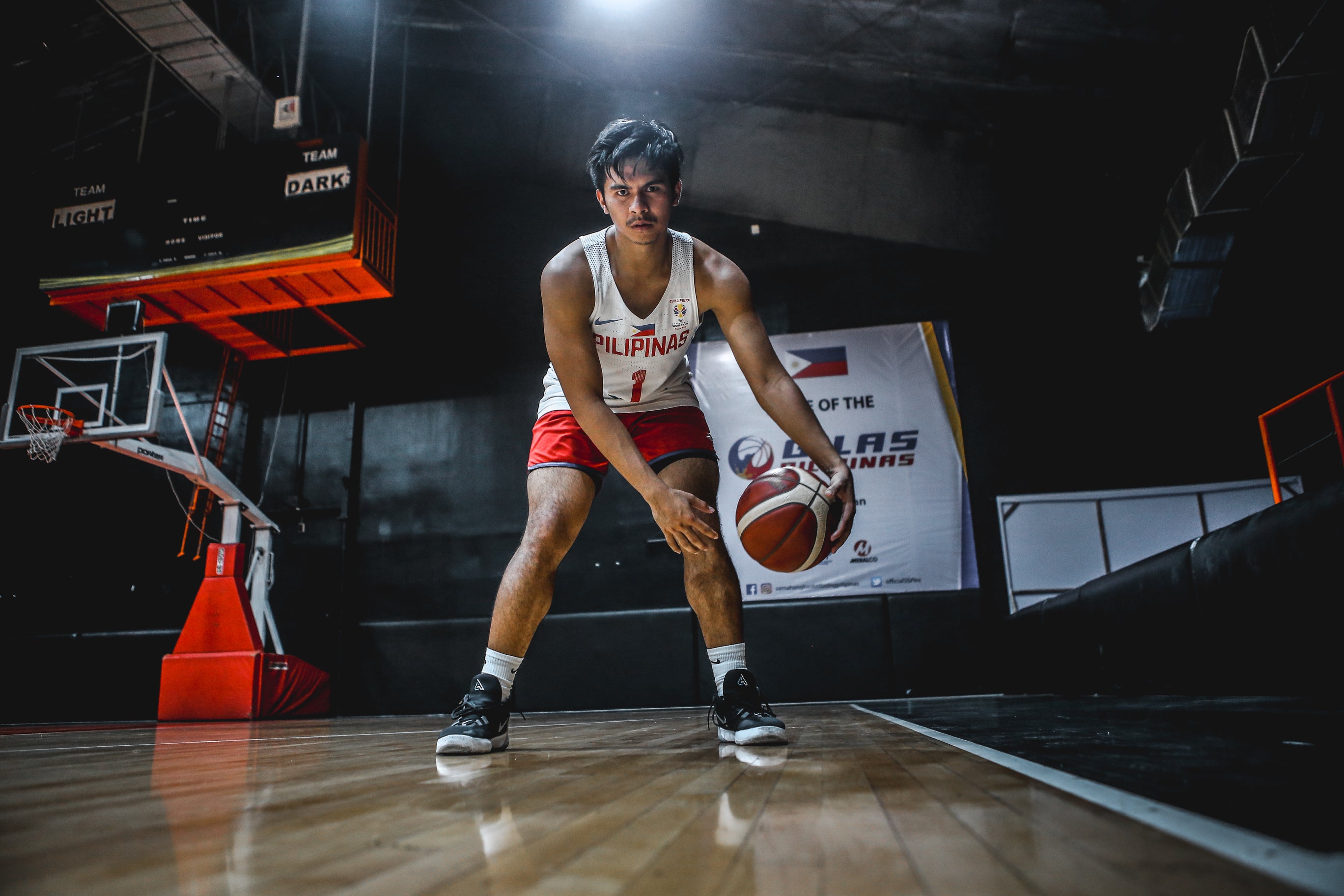 HE’S BACK. Kiefer Ravena played in a tune-up game for Gilas Pilipinas on Sunday as his ban officially ended. Photo by Tristan Tamayo/INQUIRER.net

“I’ve learned … [to] appreciate life. You appreciate everything more. As they always say, you learn the value of something and someone when they’re gone so that’s exactly what happened to me,” he said. “The value of basketball, the value of life because basketball is my life.”

The dark chapter is over. In so many levels, the light at the end of the tunnel beckons. Ravena hopes to make the most of this second part of his career.

He had spent 500 days lurking in the sidelines, waiting to reboot his basketball journey.