Injury forces Milos Raonic out of US Open | Inquirer Sports

Injury forces Milos Raonic out of US Open 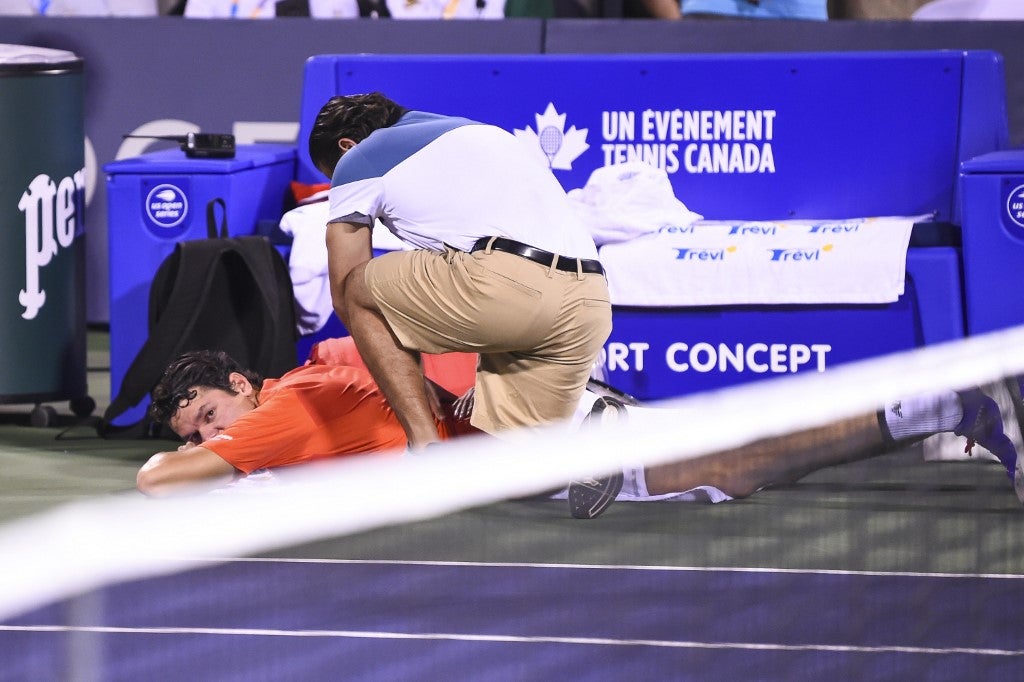 MONTREAL, QC – AUGUST 07: Milos Raonic of Canada receives medical attention on the court in his match against Felix Auger-Aliassime of Canada during day 6 of the Rogers Cup at IGA Stadium on August 7, 2019 in Montreal, Quebec, Canada. Minas Panagiotakis/Getty Images/AFP

Canada’s Milos Raonic has pulled out of the US Open with a glute injury, tournament organisers announced Sunday.

The former Wimbledon finalist endured an injury-hit season and has not played since retiring during the second round of the Montreal Masters this month.

Raonic, 28, will be replaced by Kamil Majchrzak of Poland, who lost in the final round of qualifying.

World number 22 Raonic also missed the French Open each of the past two years because of injury. He reached the last 16 on four occasions at Flushing Meadows.