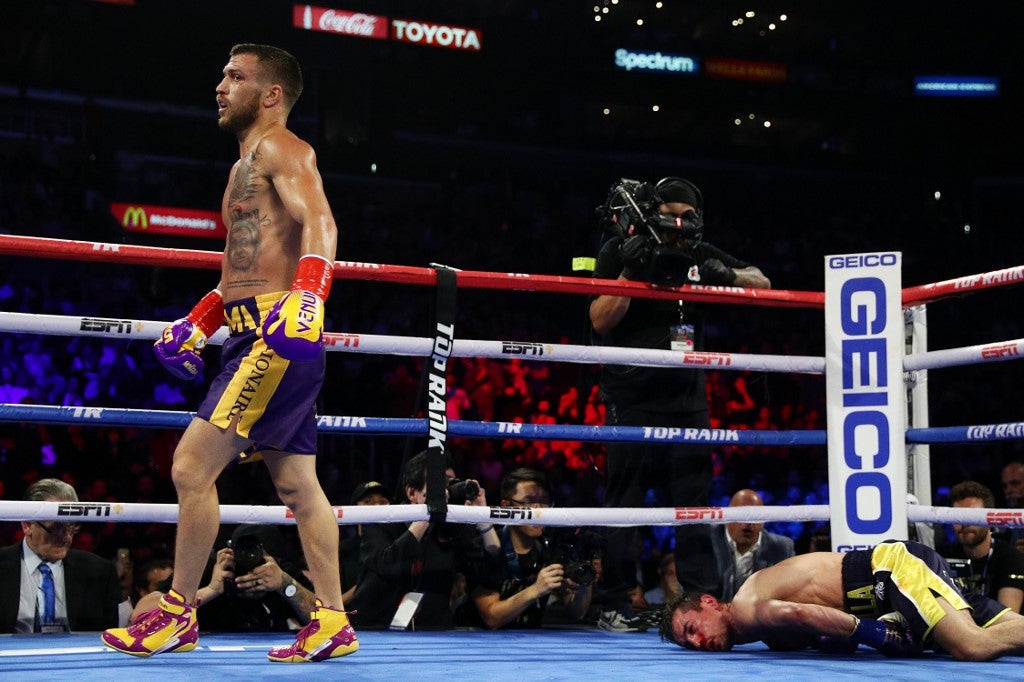 Ukraine’s world lightweight champion Vasyl Lomachenko says he wants to enjoy hunting and fishing and not box on into his 40s like fellow great Manny Pacquiao.

The 31-year-old two-time Olympic champion will hope to add the vacant WBC belt to his WBA and WBO lightweight titles when he fights Britain’s Luke Campbell in London on Saturday.

Lomachenko, who enjoyed an outstanding amateur career winning Olympic gold in 2008 (featherweight) and 2012 (lightweight) and is believed to have lost just one of his 396 bouts, told the BBC he will retire before he is 40.

Pacquiao became the oldest welterwight world champion in history when aged 40 he won on a split decision over American Keith Thurman in July.

Lomachenko is adamant he will not be following suit.

“I have trained since I am four years old. I was born a boxer.

“Always, something has to end. I want to hunt, I want to fish every day. Now I can’t do this as I train every day.

“My motivation, my goal, is four titles (at lightweight). After, I don’t know what happens. Now it’s two more belts.”

Campbell matched Lomachenko at the London Olympics in 2012 with gold in the bantamweight division and he will bid to do better than compatriot Anthony Crolla, who was knocked out in the fourth round by the Ukrainian in April.

If Lomachenko is to hold all four world title belts, he will not just need to beat Campbell on Saturday but also target Ghana’s Richard Commey, who possesses the IBF crown.

Lomachenko has been breaking records for the speed with which he has amassed world titles in three weight classes, the others being featherweight and junior lightweight.

All this in just 14 professional bouts.

His one defeat to Orlando Salido came in only his second fight and his first world title bout (WBO featherweight).

“It’s one of my goals and dream to put my name in boxing history,” he said.

“That’s why I started a pro career and fought for a world title in my second fight. I’m the fastest three-weight world champion, so I do everything for legacy.”