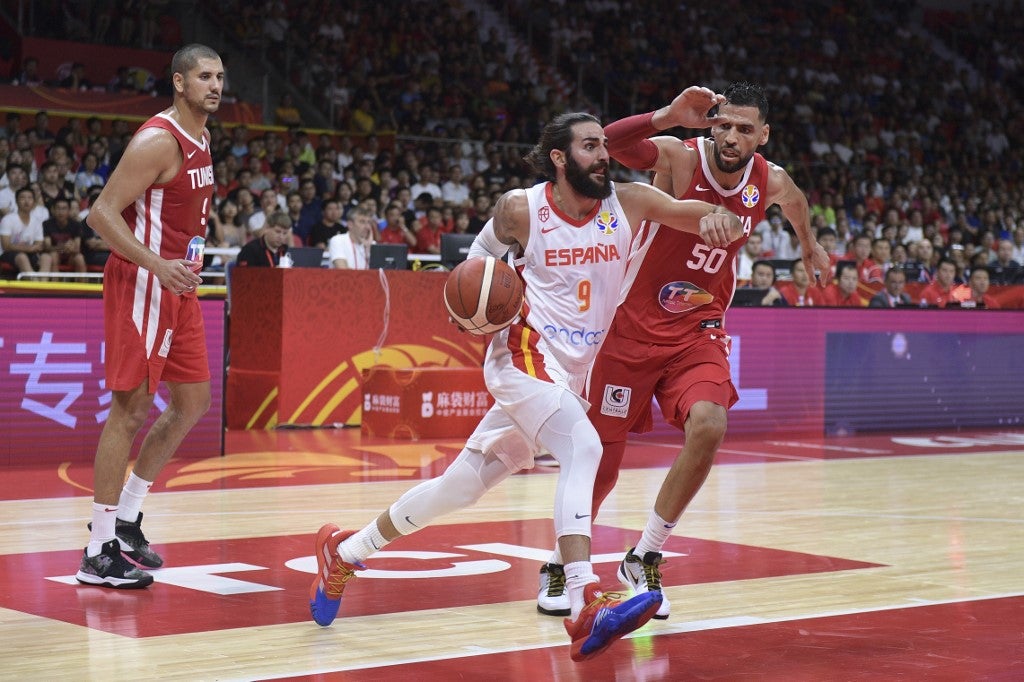 Phoenix Suns star Ricky Rubio led Spain with 17 points as the title contenders made a slow start to their Basketball World Cup campaign in a 101-62 victory over Tunisia on Saturday.

The Olympic bronze medallists have been touted as a threat to reigning two-time champions the United States, who are without their big names in China.

But the Spanish were not at their best against minnows Tunisia despite boasting Marc Gasol, the 34-year-old center who played a key role in the Toronto Raptors’ historic run to the NBA crown.

Spain led by just three points at halftime and there was the whiff of a huge upset, but they stepped on the gas after that in Guangzhou with Rubio also clocking up a leading nine assists.

Hosts China suffered a fright against the Ivory Coast before battling to victory against the lowest-ranked team in the competition.

A rabid sell-out crowd at Wukesong Arena in Beijing was silenced as the Ivorians, ranked a lowly 64th in the world to China’s 30th, took a shock lead into the second quarter.

The home side, who boast a towering front court of three seven-footers — Yi Jianlian, Zhou Qi and Wang Zhelin — were in danger of getting swallowed up by high expectations.

But China pulled level 29-29 at the break and willed on by the home crowd suffocated the Ivory Coast into submission, 70-55.

There was disappointment for visiting President Rodrigo Duterte of the Philippines, whose side were well beaten 108-62 by Italy.

Strongly fancied Serbia made a similarly ruthless start to their World Cup assault, thrashing Angola 105-59 in the opening match of the tournament.

Serbia were strong favourites against Angola in the southern city of Foshan and wasted no time stamping their mark on the 32-team World Cup.

The United States, who have named a young side, open their title defence on Sunday in Shanghai against the Czech Republic.

The Americans are without the likes of LeBron James, but Serbian coach Sasha Djordjevic said that Gregg Popovich’s team — still packed with NBA talent — remain the side to beat in China.

“I am not thinking about the USA team,” Djordjevic said. “I do respect them, I think they are the biggest favourites.”

“They don’t have some of the players but they still have a great, great team with great players, great coach.”

“It’s our trademark all these years — playing together, we like to share the ball, we like to pass, we have a lot of guys who are not selfish.

“This is really great for a coach, I’m proud when I see that, it’s the trademark of Serbian basketball.”

Russia edged Nigeria — touted as a possible surprise-package — 82-77 in a thriller that had been all level with just seconds left.