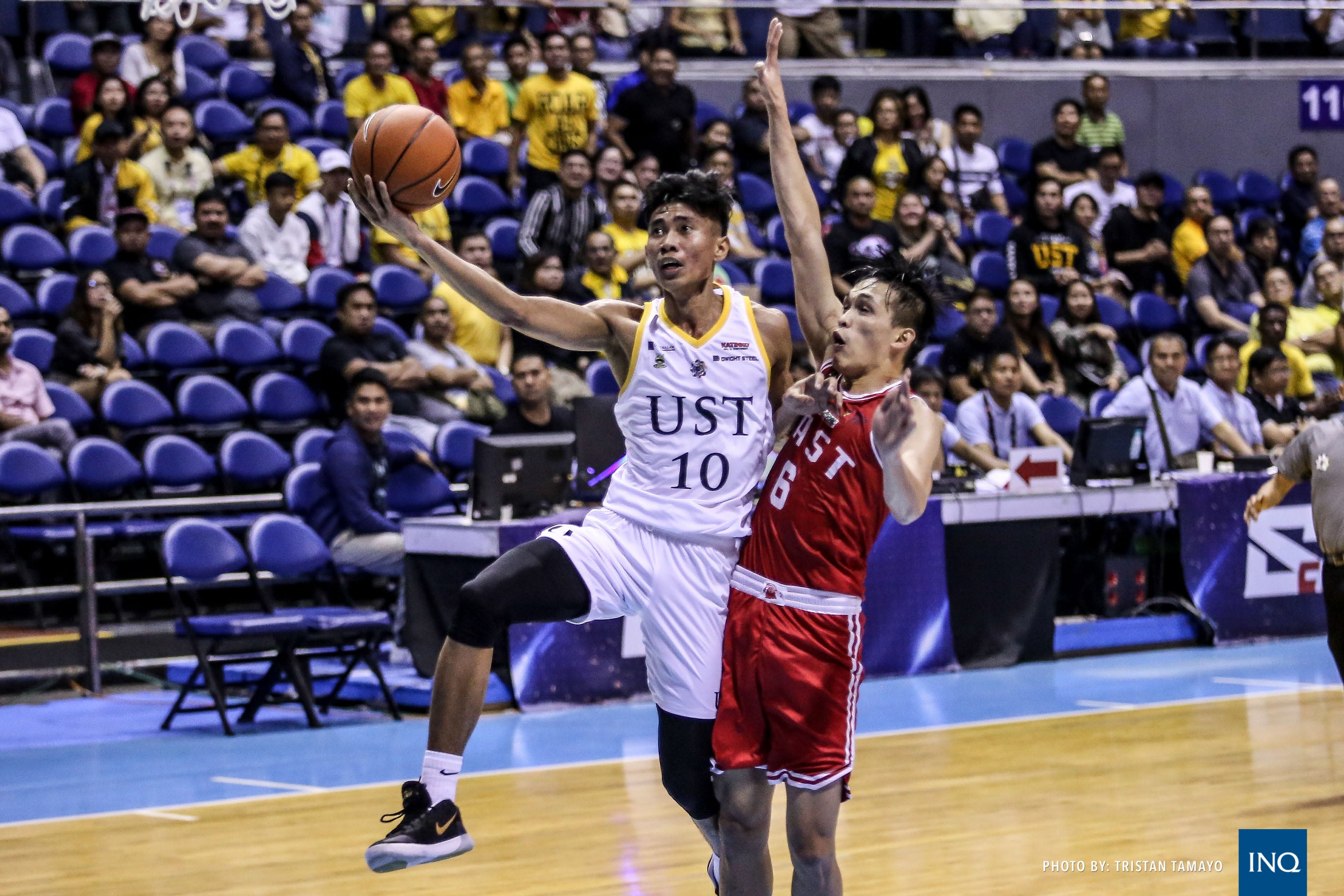 With both of them coming from similiar backgrounds, it was as if fate had brought University head coach Aldin Ayo and Growling Tigers’ freshman Rhenz Abando together.

Ayo said he had always wanted the high schooler Abando to be part of his team, even when he was with Letran and De La Salle and it was with UST that the two would ultimately be on the same side.

Abando, who was largely under the radar before college, repaid Ayo’s trust and introduced himself in the UAAP with a monster of 22 points, four rebounds, three assists, and two steals in UST’s 95-82 win over University of the East.

“I honestly don’t know why I chose to play for coach Aldin in UST, I think it’s just fate,” said Abandon in Filipino Wednesday at Smart Araneta Coliseum.

Abando, who studied in Philippine School of Science and Technology in Pangasinan, played under Ayo’s ex-Knights teammate Christian Calaguio in the late 90s and it was the Letran connection that helped the young gunner become a Growling Tiger.

What intrigued him Ayo about Abando, who grew up in La Union, is the way the shooting guard plays.

“He’s very talented but he knows his game isn’t complete yet and he knows on how to work on those areas that are not in his repertoire,” said Ayo in Filipino. “His drive is to help his family in La Union and represent the UST community.”

Ayo, himself a provinciano coming from Sorsogon, also said it was his similarity with Abando that made their relationship click almost instantly.