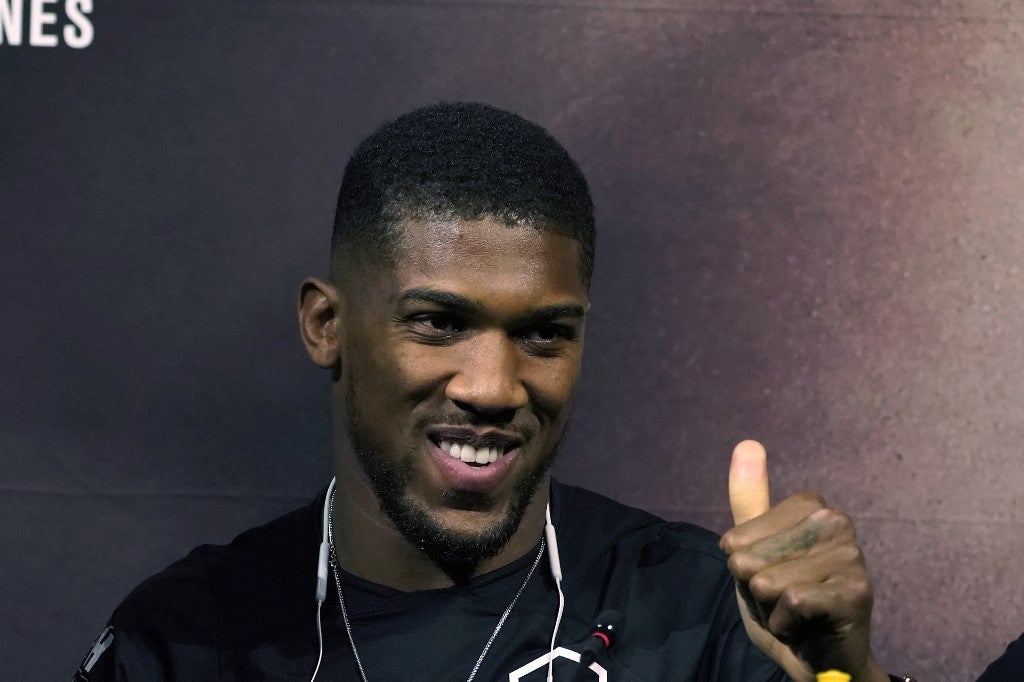 Contender Anthony Joshua looks on at a press conference for Ruiz vs. Joshua 2 at Capitale on September 5, 2019 in New York. – Heavyweight champion Andy Ruiz Jr promised on Wednesday that history would repeat itself when he takes on Anthony Joshua in December’s controversial rematch in Saudi Arabia. (Photo by Bryan R. Smith / AFP)

Anthony Joshua says he has been forced to make “drastic changes” to his lifestyle in a bid to win back the heavyweight titles he lost to Andy Ruiz earlier this year.

Joshua, the former IBF, WBA and WBO heavyweight world champion, was knocked out by Ruiz in New York in June in one of the biggest upsets in boxing history.

Dethroned champion Joshua says the magnitude of the loss has forced him to evaluate every aspect of his life as he prepares to face Ruiz in Diriyah, Saudi Arabia on December 7th.

“There will be no aftershock after the first fight. I will be smarter. Getting knocked down was good,” Joshua told AFP.

“If I am smarter, I know I can pull it off. I don’t want to say it will be ‘Joshua 2.0 – I know what I was doing before was working, I just have to tweak little things and I will be perfect. Losing speeds up that process.

“I have made some drastic changes, lifestyle stuff. Family, circles, what is important, priorities. The effort it takes to stay on the straight and narrow is challenging. I have to understand I am aiming to be a top athlete.

“Boxing was always the easiest part for me. The struggle was always keeping my life in check. If I can do that, the boxing will fall into place.

“There were distractions away from the ring but I never complained. He beat me fair and square, I had those distractions and I now have to make it better for myself.”

December’s rematch is mired in controversy as the Saudis have faced intense diplomatic fallout over last year’s murder of dissident journalist Jamal Khashoggi in the conservative kingdom’s consulate in Istanbul.

Saudi rulers have utilised sport as a tool to try and soften their international image and to provide a showcase, they claim, for reforms inside the oil-rich state.

In February, they hosted a first European Tour golf event which was won by former world number one Dustin Johnson while the world’s most gruelling motor sports race, the Dakar Rally, will be held in the country in 2020.

Joshua however insists the staging of the fight in Saudi Arabia can be a force for good.

“I have heard it (the issue of human rights) ever since the fight was announced, it’s a point of conversation but it’s a good thing that we are talking about it and they are acting on it to make a change,” said Joshua who was in New York on the second leg of a three-city media tour to publicise the fight.

“They are making good changes and after having these types of conversations, I start realizing that yes, there is an issue there. My trips to the Middle East have been to Dubai and I have had fun. The reception has been good.”

A return to New York was the preferred option until the lucrative offer to take the bout to Saudi Arabia became a reality.

“It was part of the plan [to fight in New York again]. That was my preferred option,” Joshua confirmed.

Promoter Eddie Hearn meanwhile insisted the bout would be the “heavyweight fight of a generation.”

“The world will be watching an iconic moment in our sport,” Hearn said.

“Don’t believe everything you hear. I have been there – what a place and what a moment this will be.”