Daniil Medvedev glad to prove doubters wrong at US Open 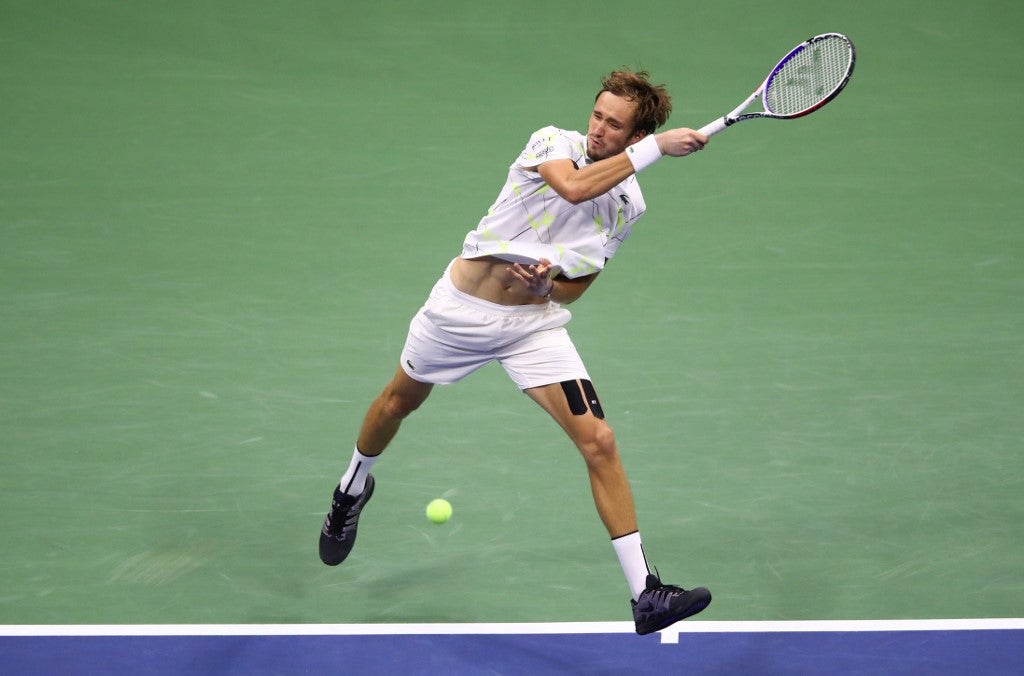 Daniil Medvedev has enjoyed silencing those who questioned his fiery temperament and wrote him off during his teenage years after a sizzling hardcourt season that has left him on the cusp of US Open glory.

The Russian secured a place in his first Grand Slam final Friday with a 7-6 (7/5), 6-4, 6-3 defeat of Grigor Dimitrov, setting Medvedev up with an instant shot at revenge for last month’s Montreal loss to Rafael Nadal.

However, his path to Sunday’s championship match in New York has been a rocky ride — embraced at first by Medvedev but one he is now keen to forget as he tries to shed his image as the wacky villain.

Booed by fans after an obscene gesture in the third round, Medvedev taunted them in response by saying he thrived on their jeers for the energy to win. He later apologized and admitted it has been a long road to clean up his act.

“There were many who would say, coaches or something, at the age of 16 or 14, I could get engaged during the match because I thought they clapped on a double-fault or something. I would scream at them. They would scream at me,” Medvedev recalled of his younger years.

“Many of these people would say, ‘Okay, the guy is completely crazy, he’s never be a good tennis player.’ Which is maybe happened to some of the tennis players. I’m glad I proved them wrong.

“Talk about reactions, they were totally different. Some wanted to just help me get better. Some, as I say, said, ‘OK, who is this crazy guy and what is he doing on the tennis court?’ I’ve improved big-time. Hopefully I will improve even more.”

The glacial relations with the Flushing Meadows faithful appears to be thawing, the frosty reception that greeted his quarter-final entrance against Stan Wawrinka replaced by more generous applause ahead of his clash with Dimitrov.

While 18-time Grand Slam champion Nadal figures to attract considerable support from the 24,000 fans at Arthur Ashe Stadium in the final, Medvedev doesn’t expects the boos to return.

“I would be surprised, but I would have to take the energy and go again with this energy. As I say, I’m not proud of what I did. I’m working to never do it again,” said Medvedev, described as a misunderstood genius by his coach.

“I will not say that I’m a kind person or a good person. I can only say I’m a really calm person in life. I actually have no idea why the demons go out when I play tennis.”

Medvedev was hit with a $9,000 fine for his antics in the third-round win over Feliciano Lopez, his third fine in as many matches, but the 23-year-old — a mellow figure off the court — wants his racquet to do the talking in future.

“I lost a lot of matches in my career when I was getting crazy. You never know when you lose a match just because you lost it or because you get crazy and lost some concentration. You can never be sure about it,” he said.

“I want to lose matches because I was a worst tennis player on the court than my opponent. If I manage to do it every time, that’s going to be great.”