UST banks on its quickness to beat UP | Inquirer Sports

UST banks on its quickness to beat UP 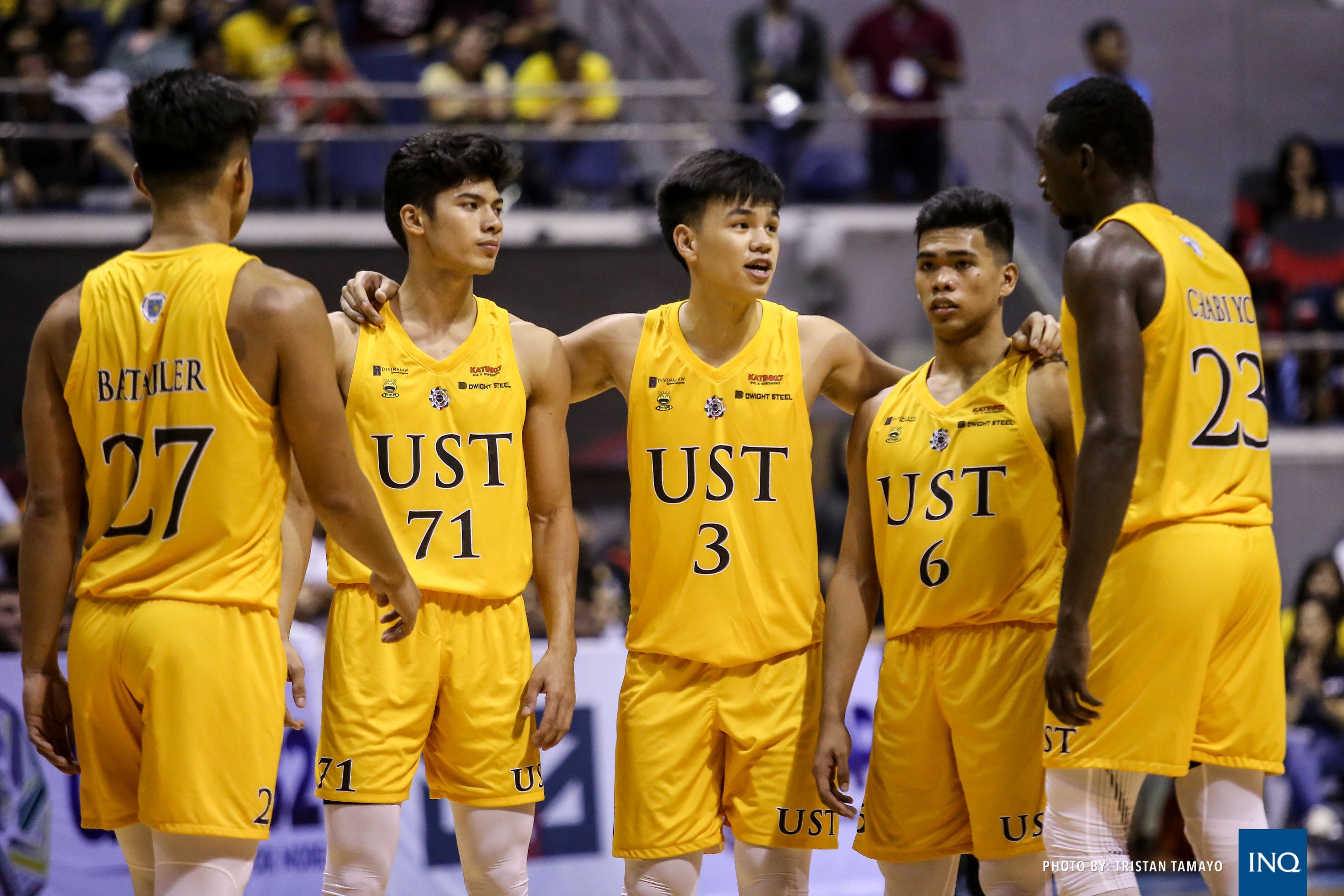 MANILA, Philippines—University of Santo Tomas had one simple game plan against University of the Philippines in the UAAP Season 82 men’s basketball tournament that it can be summed up in one word: Run.

The Growling Tigers stuck to the plan and blitzed the Fighting Maroons in an 85-69 win.

“We were thinking that we can take this team and coach just told us ‘just go up and run at them’ and that was our game plan,” said sophomore forward Dave Ando in Filipino.

Nonoy said the game plan worked to perfection since it was all based on their advantage over UP and that was their speed.

The box score saw UST get a slim advantage in fastbreak points, 6-4, but it was in the halfcourt set that the Growling Tigers truly displayed their pace running around and leaving the Fighting Maroons looking at every direction.

“Our advantage, since we’re smaller than them, is our speed so we just put all of our strength into it,” said Nonoy. “Once we get a rebound we just run as fast as we can.”

UST had 10 fewer offensive rebounds than UP, 28-18, but had a 26-19 advantage in second chance points due to its unpredictable movement.

Ayo said that he told his players not to think too much on offense and just focus on the objective.

“The players didn’t care how much we were leading or if UP was getting close, they were just focused on executing our game plan,” said Ayo.