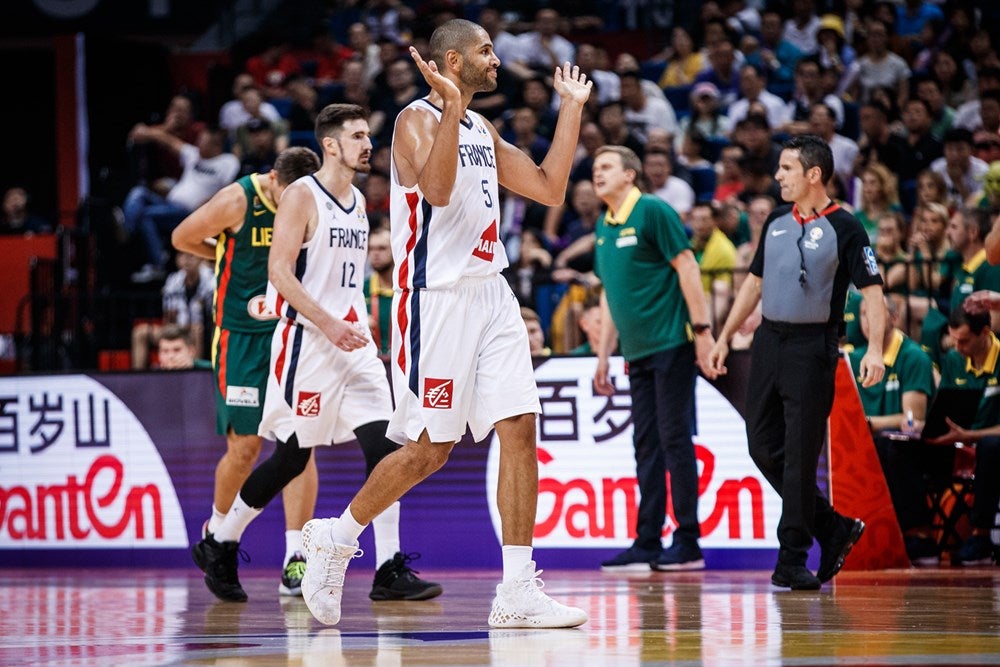 SHENZHEN, China — FIBA suspended the officials who worked France’s debated win over Lithuania for the remainder of the World Cup on Sunday, while upholding the final score of the protested game.

Lithuania was down by two with 30 seconds remaining when Jonas Valanciunas was fouled. He made the first free throw, and his second was rattling around the rim when France’s Rudy Gobert attempted to knock the ball away. Gobert clearly made contact with the rim before hitting the ball, and FIBA ultimately agreed that a violation should have been called and a game-tying point awarded.

The officiating crew at the game did not utilize video review, and France went on to win 78-75 to clinch a quarterfinal berth — eliminating Lithuania from advancing.

FIBA did not say why the crew did not review the play.

“You don’t need to be smart. You need to be honest,” Lithuania coach Dainius Adomaitis said in an emotional news conference after Saturday’s game in Nanjing, China. “Stop the game. Go to watch what’s happened in the game.”

The referees were Spain’s Antonio Conde, Venezuela’s Daniel Garcia Nieves and Argentina’s Leandro Lezcano. They have a combined 27 years of experience at the FIBA level.

“The correct decision should have been to call a basket interference and one point awarded for Lithuania,” FIBA said in a statement.

Had Lithuania (2-2) won the game, it would have had a chance Monday to reach the quarterfinals depending on the outcome of its game against the Dominican Republic and France’s matchup with Australia. France’s spot in the round of eight would not have yet been assured.

“These guys, they’re spending all summer, two months without families,” Adomaitis said. “They receive zero dollars. Zero. Biggest respect for them. But somebody doesn’t respect this game. This is an (expletive) joke.”