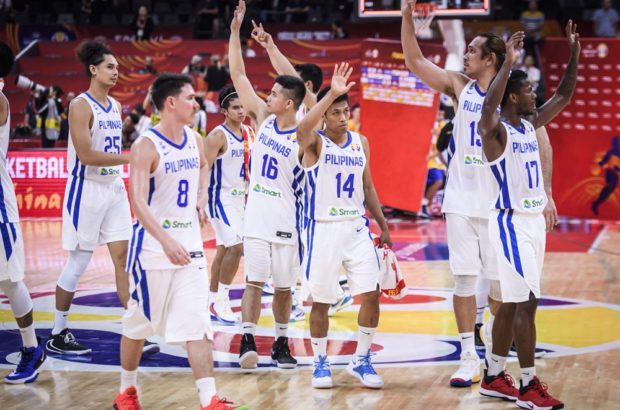 More than hosting a successful 2023 Fiba World Cup, the Philippines will be under tremendous pressure to wipe out the memory of the miserable performance of Gilas Pilipinas in the ongoing world championship in China.

While given little hope of advancing to the second round after being drawn in the group stage with European powerhouses Serbia and Italy, it was just painful to see Gilas being outclassed by 2014 World Cup runner-up Serbia by 59 points, 126-67, and 13th-ranked Italy by 46, 108-62.

After dropping an overtime heartbreaker to Angola, 84-81, in its last Group D game, Gilas again floundered in the classification round, blowing its slim chance of making it outright to next year’s Tokyo Olympics with lopsided losses to Tunisia (86-67) and old Asian rival Iran (95-75).

By whipping the Filipinos a third time after sweeping their two previous encounters in the Fiba Asian qualifying last year, the Iranians grabbed the lone Tokyo Olympics slot reserved for the top Asian squad in the tournament at the expense of China under the quotient system. Iran, which had earlier beaten Angola, 71-62, wound up with a plus 7 quotient to China’s minus 10 as the host nation went down to Nigeria, 86-73, after nipping South Korea, 77-73.

Gilas gets an outright slot in the tournament proper as 2023 Fiba host under the present format, but unless a massive overhaul of the national cage program takes place, Filipinos will remain an international eyesore in a sport they’re most passionate about.

The game against Iran last Sunday dramatically showed the major flaw in Gilas’ character as a team. After firing six three-point shots to stay just six off the Iranians after the first quarter, 24-30, Gilas cooled off in the second period with just 10 points and fell behind for good, 34-48.

Gilas also made just 10 points in the first quarter against Tunisia and made its last four of only eight points in the opening quarter with Italy already beyond recall at 28-4.

While naturalized player Andray Blatche remained a major cog for Gilas, it was obvious he could have helped more had he showed up in better form and shape. And Gilas sorely missed injured shooters Marcio Lassiter and Mathew Wright.

The Final 8 duels will be Argentina against Serbia, US against Australia, Spain against Poland and France against the Czech Republic with the winners advancing to the semifinals this Friday. The title game is set Sunday.