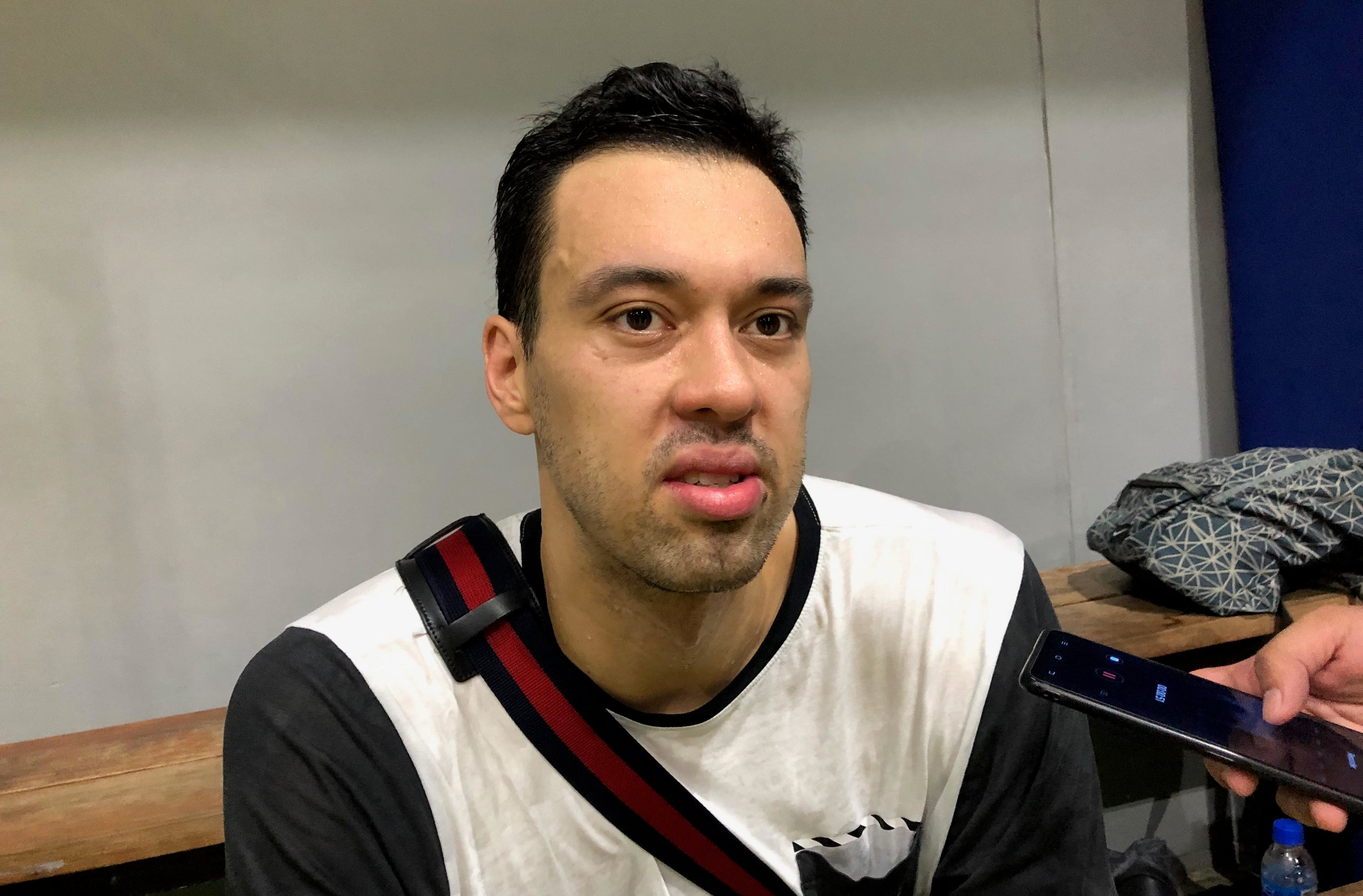 MANILA, Philippines—It’s hard to miss a 7-footer on the court and impossible not to notice when that certain big man is showing out.

Barangay Ginebra center Greg Slaughter has been putting in the time and effort to get better in the offseason and his hard work has certainly gotten the attention of his head coach Tim Cone.

“We’re really impressed with Greg. That’s two games in a row,” said Cone after the Gin Kings whipped Jeonju Kcc Egis, 98-78, in a tune-up game at Upper Deck in Pasig.

Slaughter scored 18 points just four days after tallying 15 in another victory over Magnolia, but more than the numbers, what continues to awe Cone is the Cebuano giant’s work ethic.

The 31-year-old Slaughter has also cut down his weight. He’s shed off around 30 to 35 pounds and added more muscle allowing him to move and react faster.

“Look at him now he’s right there game is over everybody is going home he’s still there with coach Kirk (Colier) so he wants to play and I’m really proud of him at this point,” Cone said. “His weight is down, he’s quicker, he’s finishing around the basket faster it’s a hundred percent turnaround, 180 degrees.”

Slaughter played subpar basketball in the 2019 Commissioner’s Cup where Ginebra also failed to defend its title after getting booted out by TNT in the semifinals.

And he hopes to turn things around not only for himself but more importantly for his team in the coming Governors’ Cup.

So far, he’s on the right track

“Ever since we won that first championship, we got that confidence that we can be there and we can win. That’s what we always aim for,” he said.

“I’d say I’m like in the best shape that I’ve ever been in now. I’m light but I was still able to keep my muscles and just wanna keep building.”