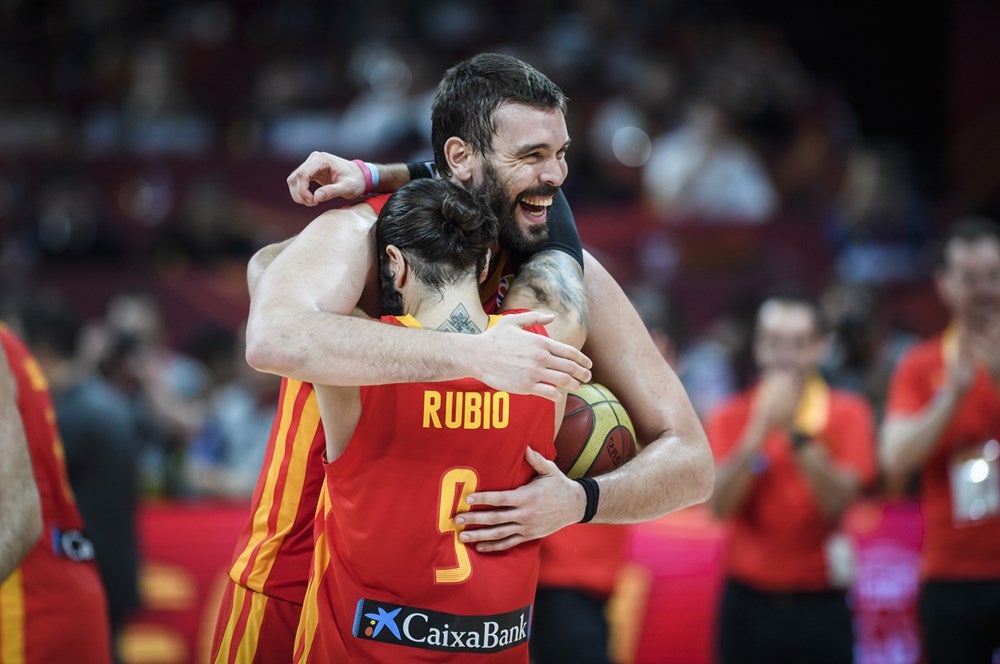 Basketball World Cup MVP Ricky Rubio paid emotional tribute to his late mother and his “family” of teammates after a ruthless Spain saw off Argentina to win the title on Sunday.

The 28-year-old Phoenix Suns point guard was once more instrumental for the Spaniards who brushed aside Argentina 95-75 in the final in Beijing.

He had a team-best 20 points and was named Most Valuable Player of the competition.

“We made history and we are really proud of that. We had a great tournament,” said Rubio, who averaged 16.4 points, six assists, 4.6 rebounds and 1.5 steals per game.

“Just amazing how the tournament has been us as a team. You can tell — we were the team with the biggest heart and we showed it tonight and during the tournament.

“We feel like this will go down as a memory for us as a family, and that is bigger than the World Cup.

“It’s a family for life.

“This tournament is going to follow me for life.”

Rubio said that his mother, who died three years ago, had inspired him.

“I know nobody loved me more. Even now she drives me every day, even though she’s not here,” he said.

Spain’s victorious coach Sergio Scariolo, an assistant at NBA champions the Toronto Raptors, said that Rubio had made a “triple A improvement” in recent years.

“A couple of steps more and he’ll be a Hall of Fame player,” said the Italian.