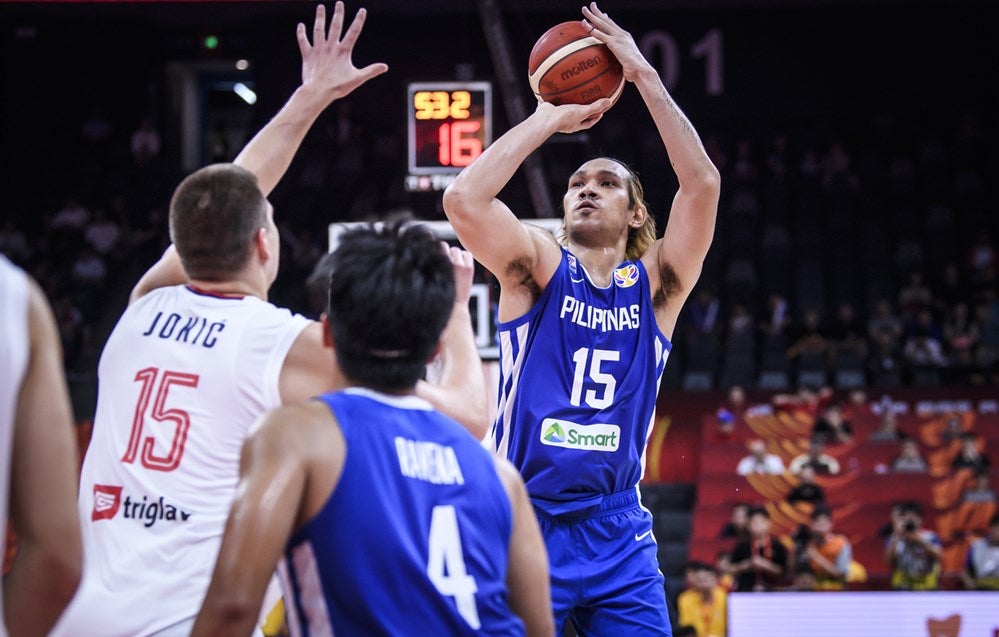 The Samahang Basketbol ng Pilipinas is looking to mold the next national team in the European style of play, like the one flaunted by Nikola Jokic and Serbia. —FIBA.BASKETBALL

Cage patron Manny V. Pangilinan apologized for Gilas Pilipinas’ disastrous Fiba World Cup performance in China and vowed to improve on that when the country takes its turn hosting the conclave in four years.

“It’s our duty to apologize,” Pangilinan said in a press briefing at Naia Terminal 3 after landing Tuesday from Beijing where he accepted the flag for the 2023 hosting. “Pero tapos na yun (that’s over and done with). Let’s do better.”

And while the Philippines is seeded to the next edition, being co-hosts with Indonesia and Japan, Pangilinan wants the country to put its best foot forward and not let anything like what took place in China happen again.

“We should develop a team as early as now. Just because we’re [seeded] as host, [it doesn’t mean] we should not prepare,” he said. “There’s a tendency kasi na kapag kasali na, we’ll take it easy. We should take it seriously.”

Gilas wound up winless in five games in Foshan and Beijing, losing to European powers Italy and Serbia by an average of 52.5 points.

“It’s more pressure on us because we’re playing before our countrymen,” added the chair emeritus of the Samahang Basketbol ng Pilipinas.

And SBP president Al Panlilio, who was also present at the press briefing, said that they haven’t discussed that part yet, even with the Southeast Asian Games having a Sept. 30 deadline.

“We will have to meet,” Panlilio told the Inquirer in a separate interview, although he hinted at hiring a foreign coach—one familiar with the European style of basketball—when pressed by reporters during the briefing. “We will just have to do it quickly.”

The names of Tab Baldwin of Ateneo, Tim Cone of Barangay Ginebra and even Jong Uichico, among others, have cropped up as potential replacements for Guiao.

But Panlilio said that the SBP “really [doesn’t] have anything yet” on a new coach.

Meanwhile, Jimmy Alapag, who is in Macau with the San Miguel Beermen in the Terrific 12 tournament, said that he would be ready when called upon for national duty—in a different capacity this time.

Alapag said that he feels honored that his name is being floated as one of the candidates for the coaching post.

In a related development, Ryan Gregorio, a PBA champion coach with Purefoods who is now the special assistant to Panlilio at the SBP, said that he will always make himself “available for Philippine basketball, but not necessarily as a coach. I’m retired.” —WITH REPORTS FROM MARK GIONGCO AND BONG LOZADA