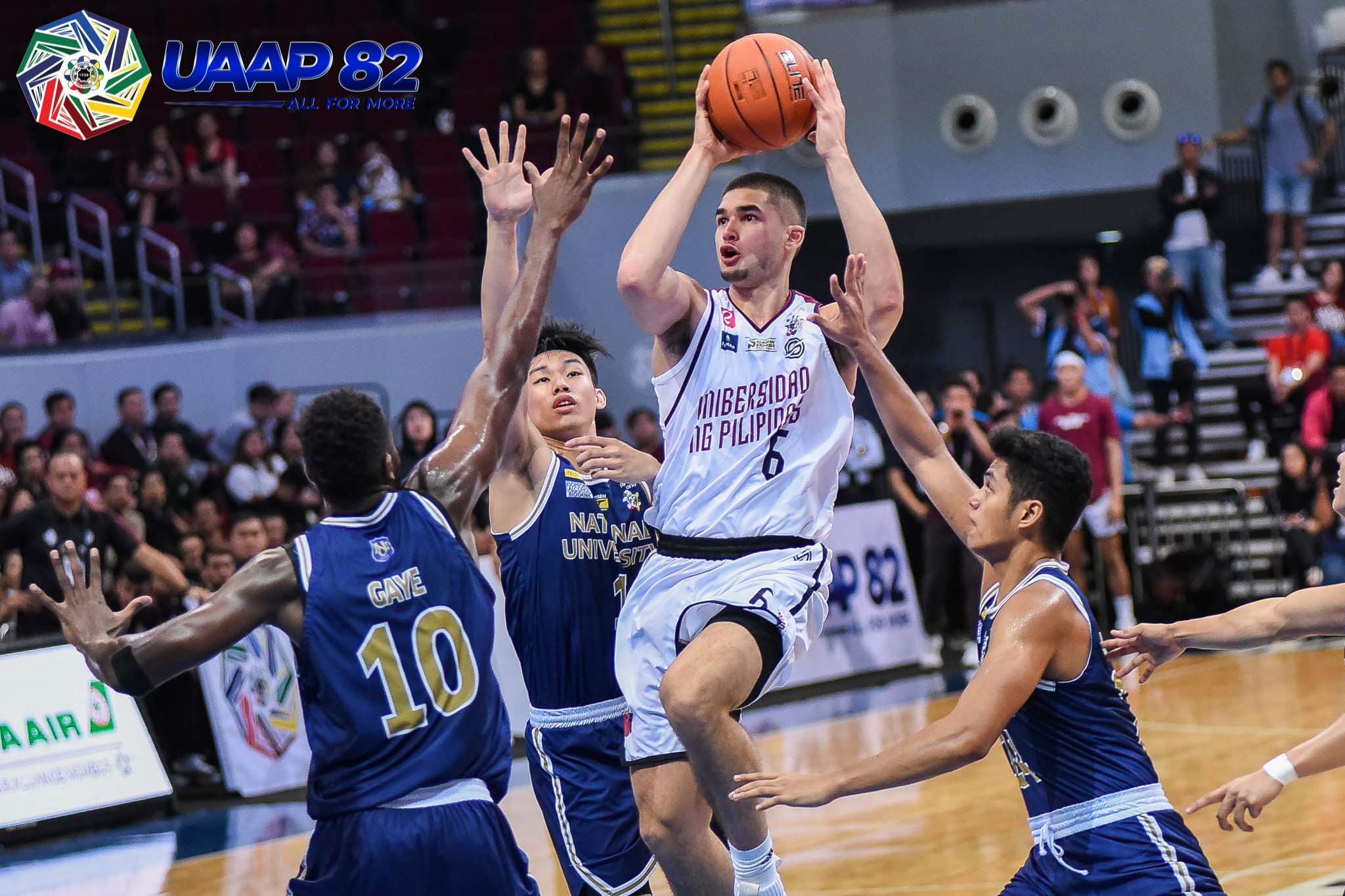 MANILA, Philippines–University of the Philippines avoided a total collapse down the stretch to escape hard-luck National University, 80-79, in the UAAP Season 82 men’s basketball tournament Wednesday at Mall of Asia Arena.

Kobe Paras led the Fighting Maroons with 25 points and six rebounds playing in just his second game while Bright Akhuetie had 19 points and 12 rebounds.

“The difficult part on trying to rev up your team and go up against a 0-3 team is them thinking that they can just go past that particular team,” UP coach Bo Perasol told reporters after his side chalked up its second consecutive win for a 3-1 record.

The Bulldogs showed just that as they fought back from seven points down in the last two minutes, but only to fall short again in the closing seconds.

NU, which was left searching for its first victory, suffered its third one-point loss in four games. It also fell to University of Santo Tomas in overtime last Sunday.

Dave Ildefonso also fired 25 points, including a contested triple from the top of the key that pulled the Bulldogs within one with 11.6 seconds remaining.

David Murrell left the door wide open for NU after muffing two free throws but John Lloyd Clemente missed a baseline jumper that would’ve won it for the Bulldogs.