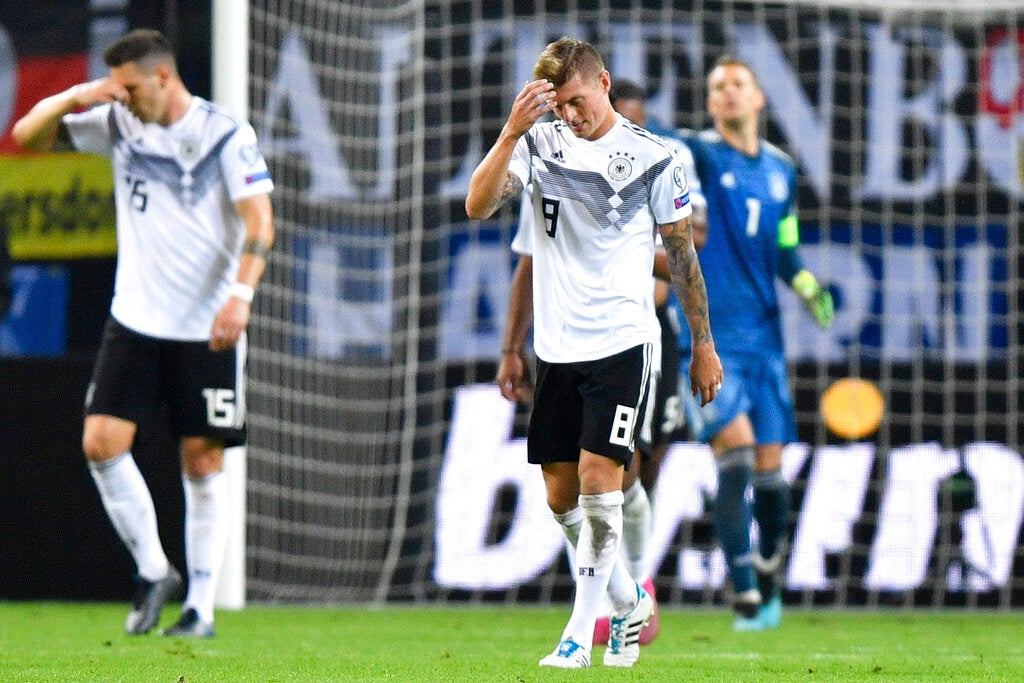 Germany’s Toni Kroos reacts after the Netherland’s second goal during the Euro 2020 group C qualifying soccer match between Germany and the Netherlands at the Volksparkstadion in Hamburg, Germany, Friday, Sept. 6, 2019. (AP Photo/Martin Meissner)

ZURICH — Germany fell one place to No. 16 in the latest FIFA world rankings, which are still led by Belgium.

As the 11th highest ranked European team, 2014 World Cup winner Germany risks being in the second-seeded pot and getting a tougher opponent when qualifying groups for the 2022 World Cup are drawn, likely next year.

Germany lost a 2020 European Championships qualifier this month to the Netherlands, which rises three places to No. 13.

Italy also moves above Germany to No. 15.

Belgium is followed by No. 2 France, the 2018 World Cup winner, which trades places with No. 3 Brazil.

England stays at No. 4 and European champion Portugal rises one place to No. 5.

Mexico leads CONCACAF nations at No. 12, and the United States rises one to No. 21.

Senegal is Africa’s best at No. 20. Iran at No. 23 tops Asian confederation teams.