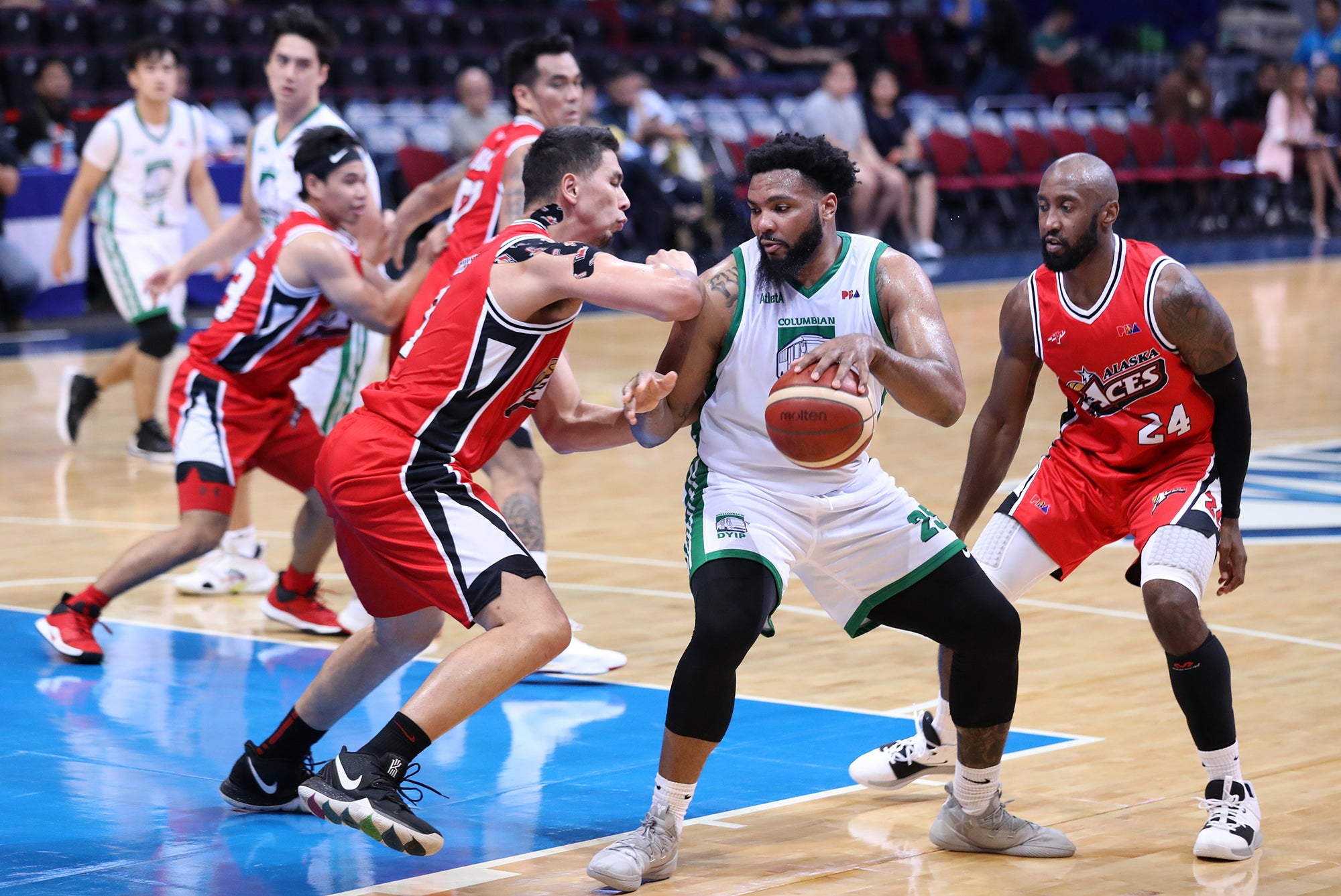 MANILA, Philippines–Columbian got its bid for a quarterfinal appearance off on the right foot after holding off Alaska, 117-110, in the curtain-raiser of the 2019 PBA Governors’ Cup Friday night at MOA Arena in Pasay.

The Dyip got the goods from the one-two punch of import Khapri Alston and star rookie CJ Perez, who fired 38 and 28 points, respectively.

The Columbian pair also finished with twin-digit in the rebounding department, with Alston plucking down 22 and Perez 13.

“One thing: We got a new import,” coach Johnedel Cardel told reporters. “That’s what we lacked in the early in the past.”

The Aces, on the other hand, drew 40 points from reinforcement Justin Watts and three more double-digit performances from their locals but fell short of delivering an opening-day win for their new coach Jeff Cariaso.

Columbian will try to get a streak going when it faces Rain or Shine this Sunday at the fabled Big Dome.