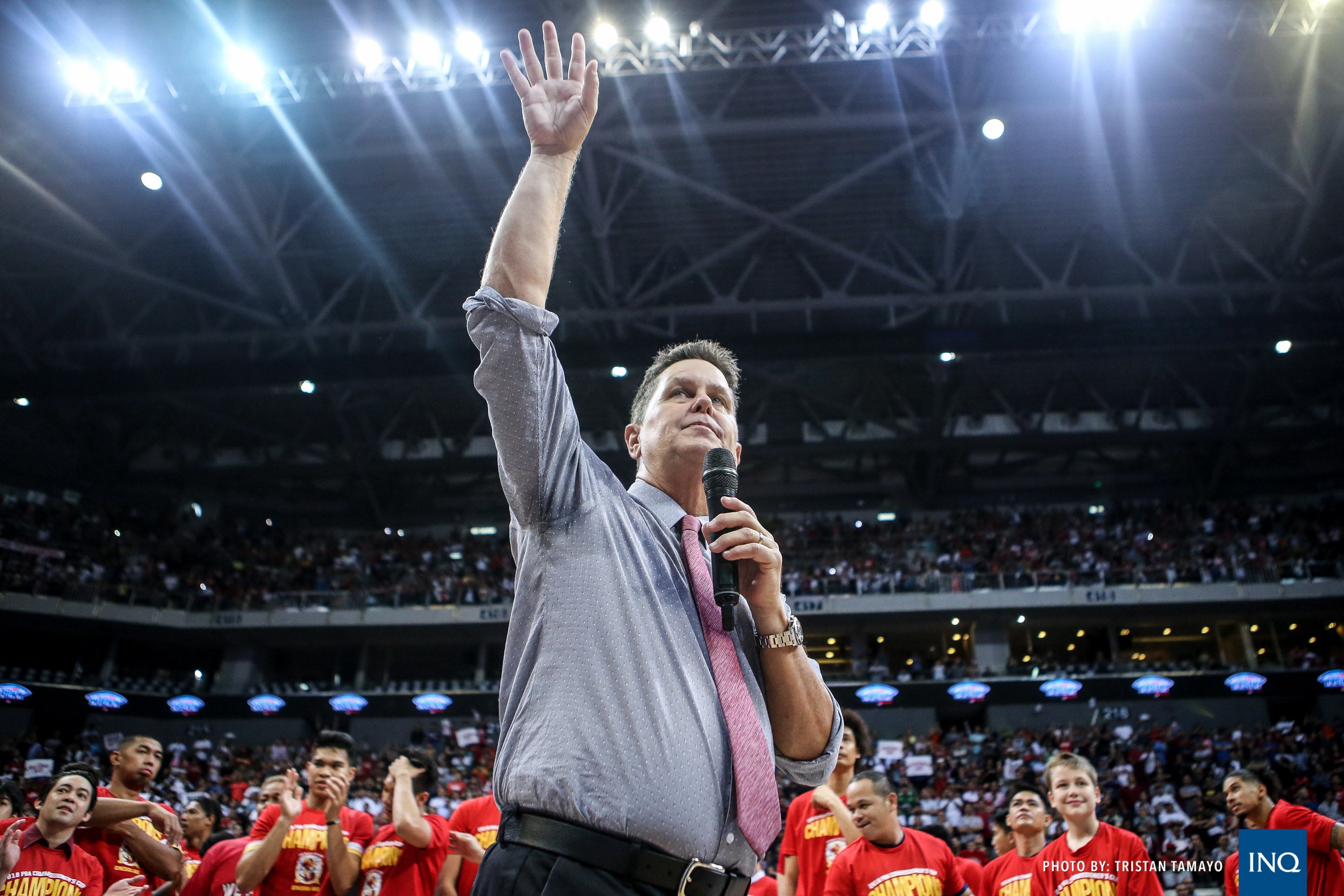 Coach Tim Cone thanks the fans. Photo by Tristan Tamayo/INQUIRER.net

MANILA, Philippines–The Samahang Basketbol ng Pilipinas has offered Barangay Ginebra tactician Tim Cone the head coaching position of the national team that will shoot for the gold medal in the 30th Southeast Asian Games that the country will host.

And although Cone, the two-time Grand Slam coach and owner of the most titles in the PBA, hasn’t made any commitment yet, he isn’t turning down the job and will continue talks with the SBP after Ginebra’s debut in the ongoing Governors’ Cup.

Cone, in a statement, said he has heard out SBP president Al Panlilio reveal that the SBP is also in talks with San Miguel Corp sports director Alfrancis Chua regarding the position.

“At this time, however, my total focus is on our Ginebra game vs Alaska [on Sunday] to open the Governors’ Cup,” Cone said.

“On Monday, and after talking to my family, Mr. Panlilio and I will continue our conversation regarding the appointment, at which time we will come to a resolution.

READ: Tab Baldwin out as next Gilas head coach, eyed as program director for national team

Cone has already served as national coach during the 1998 Asian Games in Bangkok, where he steered the Philippine five, then known as the Centennial Team, to the bronze medal.

After the clinching bronze medal, Cone held an emotional post-game chat with Filipino journalists, where he said, among others, “I’d like to have a shot. I really love that and I love coaching the international game.”