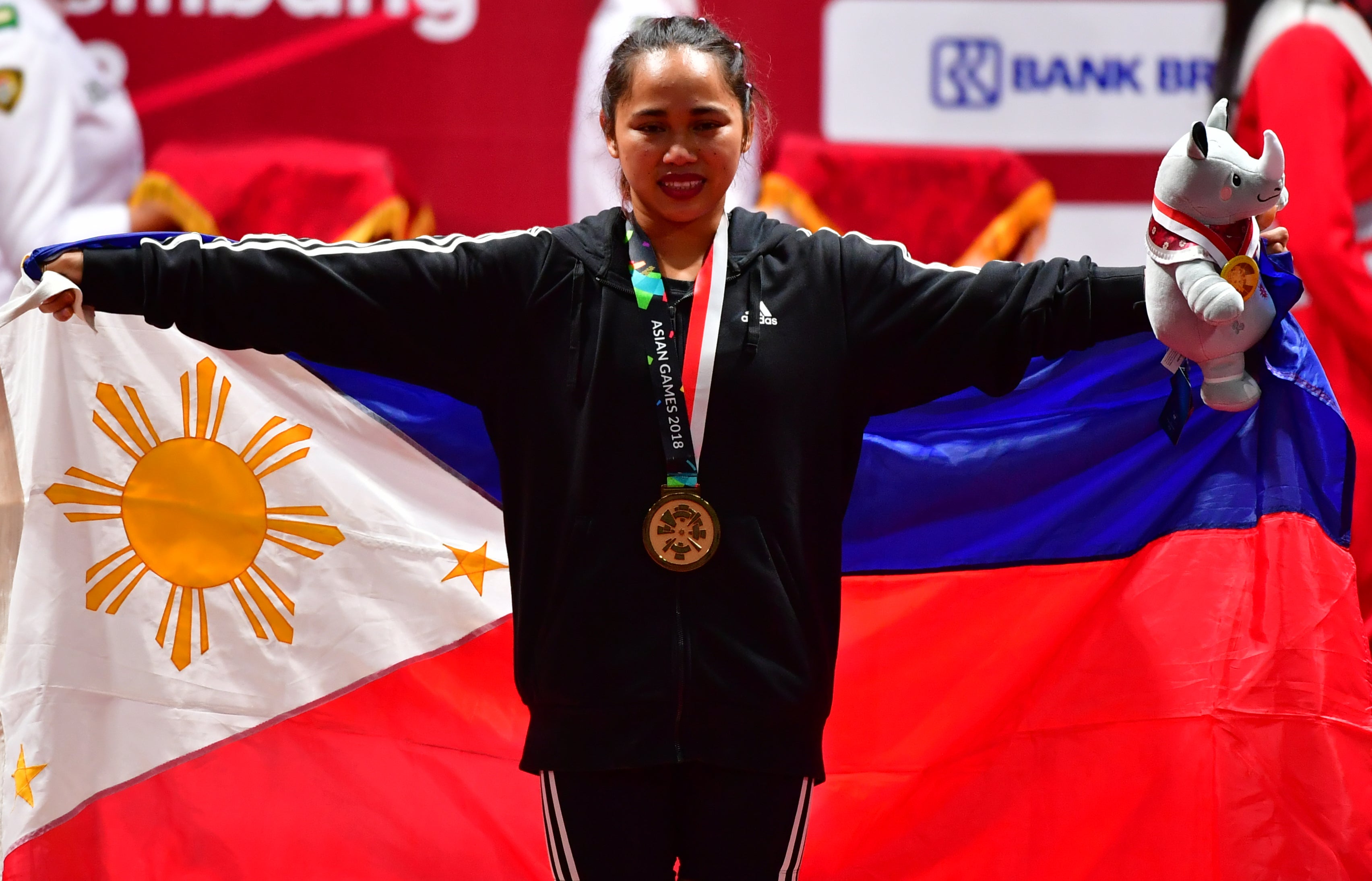 FILE PHOTO – Hidilyn Diaz of Philippines celebrate at the podium during the victory ceremony for the women’s 53kg weightlifting event during the 2018 Asian Games in Jakarta on August 21, 2018. / AFP PHOTO / MONEY SHARMA

After two failed attempts in the snatch, Hidilyn Diaz made the crowd wonder if the reigning Olympic silver medalist still has what it takes to take on the best lifters in the world.

But the world-class athlete in Diaz prevailed in the succeeding lifts as the country’s weightlifting heroine went on to seize two bronze medals in the women’s 55kg category of the 2019 IWF World Championships in Pattaya, Thailand.

While the audience appreciated that double-bronze feat, people comprising the core team of Diaz at backstage likewise played a vital role in the successful shift in performance.

“I’ve seen her calm down and regain composure. I was able to witness behind the scenes that she truly is a world-class athlete,” said Aro in her Facebook post.

“Bouncing back from a setback in just a couple of minutes is an inner game that sets apart the best from the rest,” added Aro.

Those twin bronzes mirror the current standing of the 28-year-old Diaz, funded by the Philippine Sports Commission and MVP Sports Foundation, in the coming 2020 Tokyo Olympics.

And since only one lifter from each country is allowed to compete in Japan, it can be deduced that Diaz would retain her silver medal if the Summer Games were held today after China finished 1-2 in the ongoing world championships.

“Coming from (world) rank 11 last year to being in the top 3 this year is a testament of how focused collective efforts truly work,” said Aro, part of the seven-man core team that helps Diaz in her journey to a fourth consecutive Olympics.

Chinese Liao Qiuyun topped the two events with a 227kg total for the gold medal while compatriot Zhang Wanquiong (222kg) settled for the silver in the global tournament that serves as one of the qualifiers to the Olympics.

Diaz lifted 93kg in the snatch and bounced back with a pair of bronzes in the clean and jerk (123kg) and total (213kg) to knock Zulfiya Chinshanio of Kazakhstan out of the medal podium in the total.