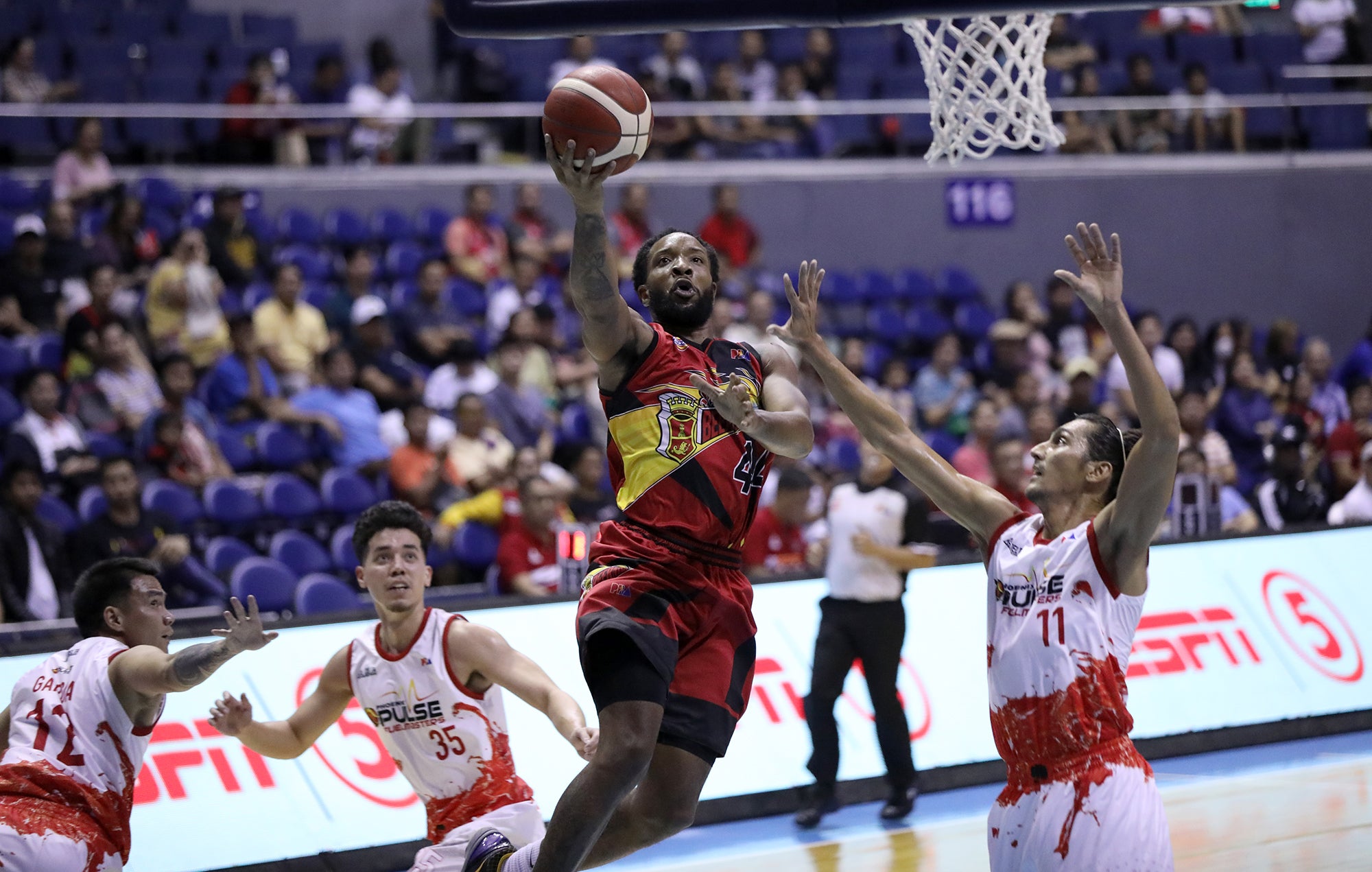 MANILA, Philippines–Packing so much firepower, San Miguel Beer on Wednesday night steamrolled its way past Phoenix Pulse, 130-119, as the Beermen’s Triple Crown sweep bid got off to a rip-roaring start in the PBA Governors’ Cup eliminations at Smart Araneta Coliseum.

With the talent-laden local crew backstopped by the prolific Dez Wells, the Beermen found little trouble in dusting off the Fuel Masters, who took a second straight setback flush on the chin and joined Alaska at the cellar.

The Beermen scored 70 points in the first half and put up 105 at the end of three quarters in a swashbuckling display of offensive brilliance that the Fuel Masters couldn’t approximate.

Wells had 30 points after three quarters and didn’t look like he needed to pour in more in the fourth as the Beermen led, 105-83.

“S**t, everyone keeps reminding me, man,” he said if he knows what he’s here to do for SMB—win the Grand slam.

Only a lethargic fourth quarter by San Miguel allowed the Fuel Masters to make a game out of it somewhat, only for Wells to quash the Phoenix rally every time. He finished with 42 points.