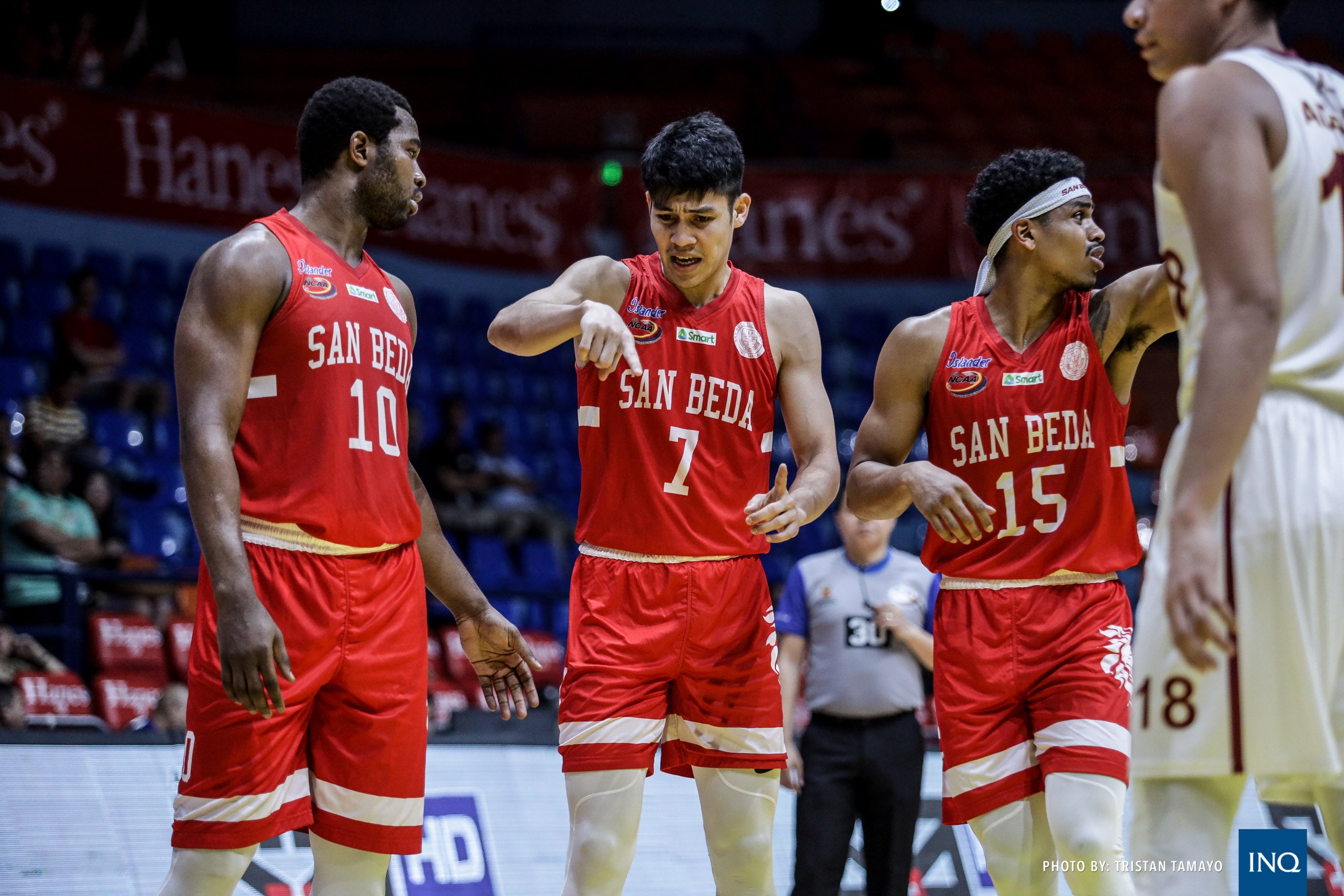 MANILA, Philippines–Donald Tankoua turns into a fiercer animal whenever the San Beda Red Lions find themselves in a bind.

The defending champion Lions unexpectedly found the Altas a tough nut to crack until Tankoua exploited the gaps inside that put them comfortably ahead.

Joining Tankoua in breaking the game open late in the fourth were fellow MVP contenders Calvin Oftana and James Canlas together with gunslinger AC Soberano and cat-quick guard Evan Nelle.

The unbeaten Lions registered their 14th consecutive win as they moved a victory away from a guaranteed twice-to-beat advantage in the Final Four.

Absorbing their ninth setback in 12 games, the Altas are still in contention for a semifinal spot with still six games remaining.