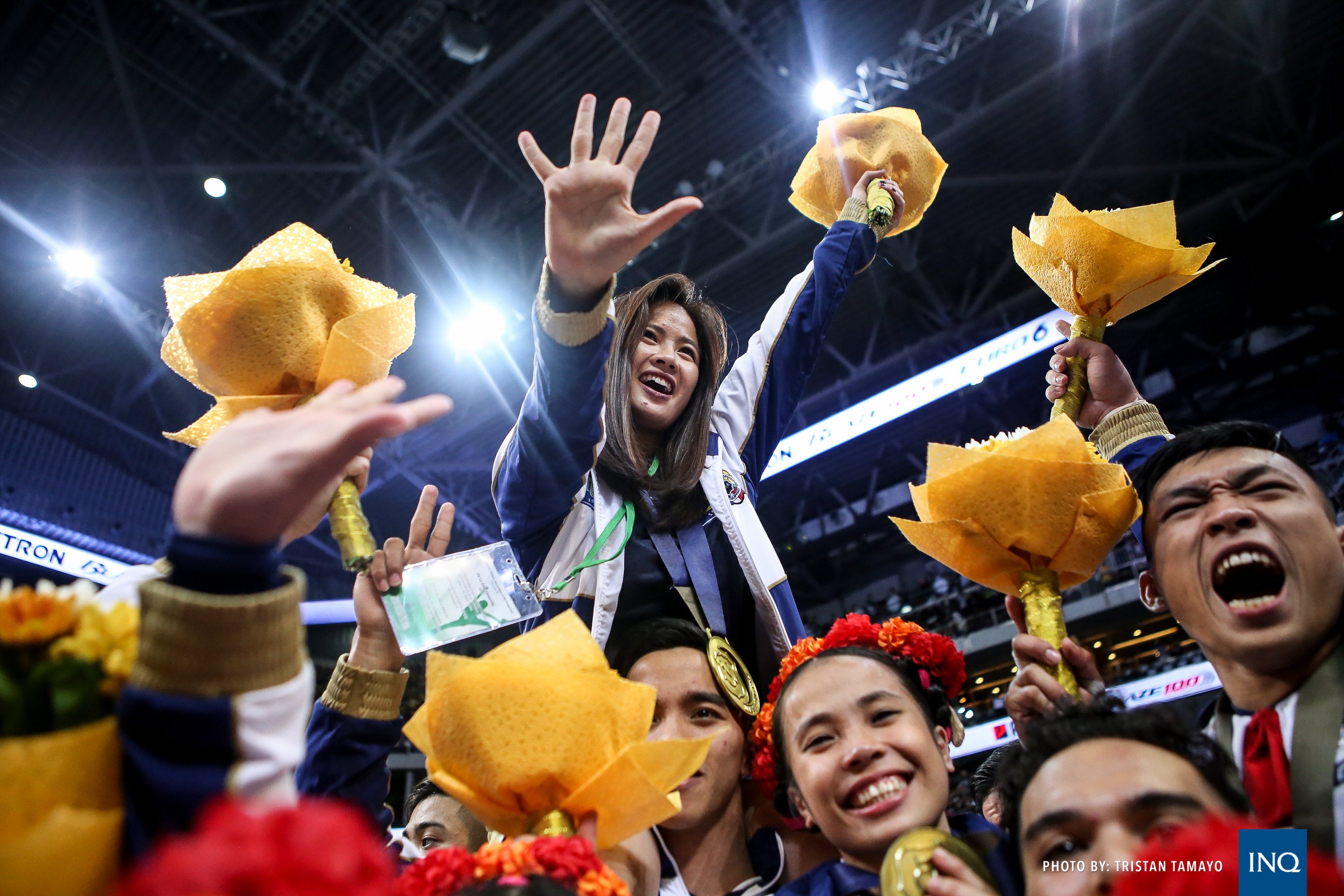 MANILA, Philippines—National University isn’t holding back in its bid for its second straight title in the UAAP Cheerdance competition.

The NU Pep Squad are the second winningest troupe in the league with five, three titles behind University of Santo Tomas and University of the Philippines, and their head coach Ghicka Bernabe said they don’t have any plans of playing it safe come competition day on Nov. 17 at Mall of Asia Arena.

“To be honest, us coaches are already having a hard time matching up or beating our previous routines,” said Bernabe in Filipino Wednesday at Mall of Asia Arena. “There’s this high expectation from us and we really don’t have a choice but put on a death-defying routine, a very hard routine.”

“We can’t be playing safe because if we do that the mere identity of the NU Pep Squad will be gone.”

NU has taken the mantle away from UST and UP, the previous powers of the competition, as the rulers of the field when it racked up four straight championships from 2013 to 2016.

As if feeling slighted from its mistake, NU came back with a vengeance in 2018 scoring 88.88 points that tied its best performance in the competition in 2016.

Bernabe said that they didn’t take their fifth place finish in 2017 lightly and she and her troupe is planning to exceed what they did in 2018—the competition she treated as NU’s revenge tour.

“We not only prepared with twice the effort this time around, but time 10,” said Bernabe. “We were heartbroken in 2017 and most of our supporters felt the same way, it’s like breaking up with someone you love.”

“We don’t want to feel that way again, and so does the NU community, so now we’re moving forward for a better season not just for us but for everyone.”