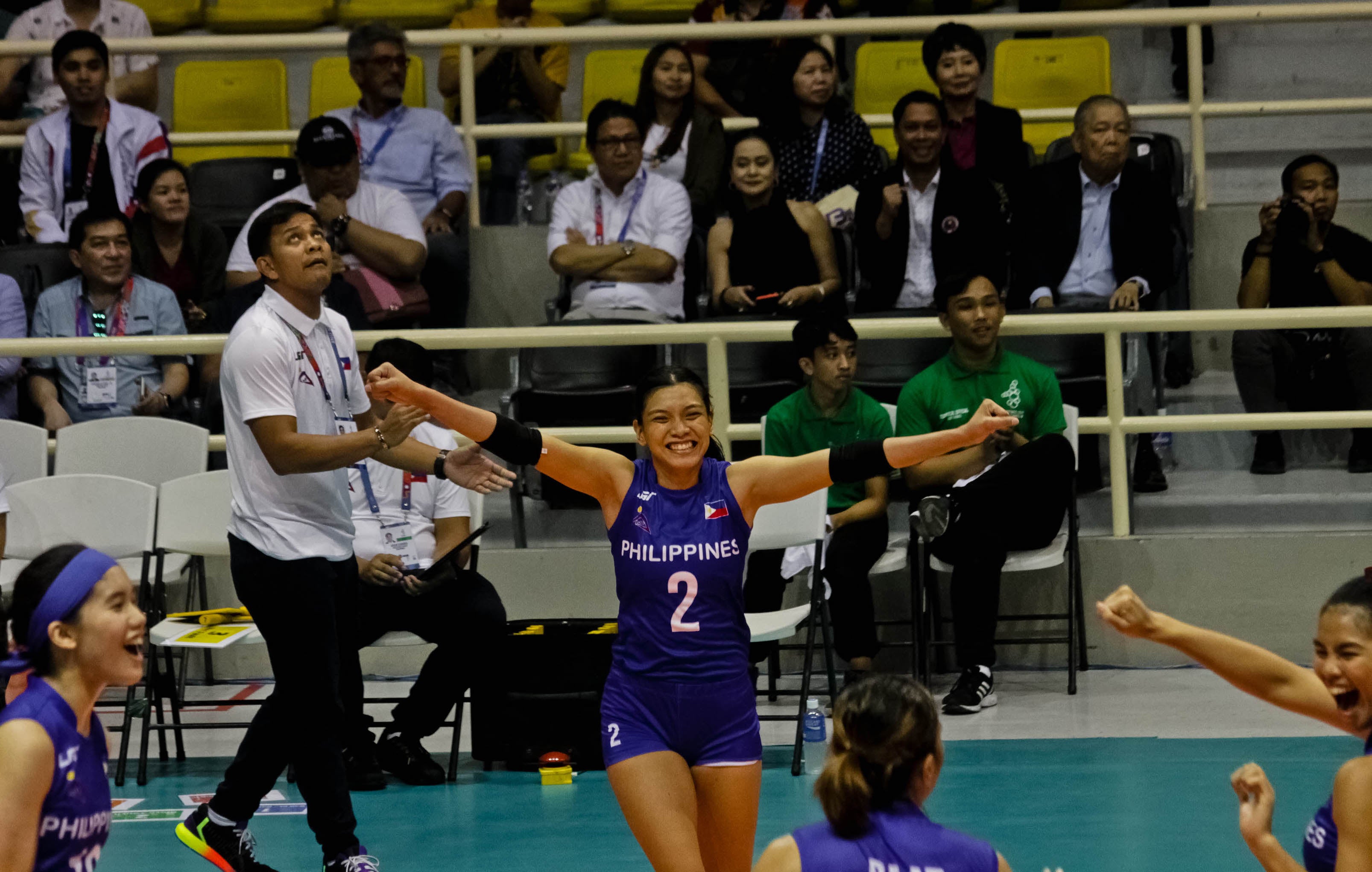 MANILA, Philippines–Winging it despite lack of playing time together, the Philippines scored an impressive victory over Vietnam, 25-21, 25-23, 25-21, Friday to jumpstart its bid in the Asean Volleyball Grand Prix second leg at Sta. Rosa Multi-Purpose Gym in Laguna.

Alyssa Valdez displayed the type of game expected of her, slamming down 13 points to lead the Filipinas who only had two days to prepare for the tournament due to their club league schedules and injuries.

But it hardly showed as the Nationals played as cohesively as they could muster with Ces Molina and Mylene Paat also contributing for the Philippines.

Paat and Valdez conspired in the first set to break from a 19-18 deficit and wrap up the frame.

From thereon, there was no stopping the Philippines which gained more and more confidence playing in front of the hometown crowd.

Aby Marano, Dawn Macandili and Majoy Baron also starred in the opening match of the three-day tournament which serves as dry-run for the Southeast Asian Games this November.

The Philippines will play powerhouse Thailand on Saturday and Indonesia on Sunday, hoping to better its third-place finish during the first leg held in Thailand.