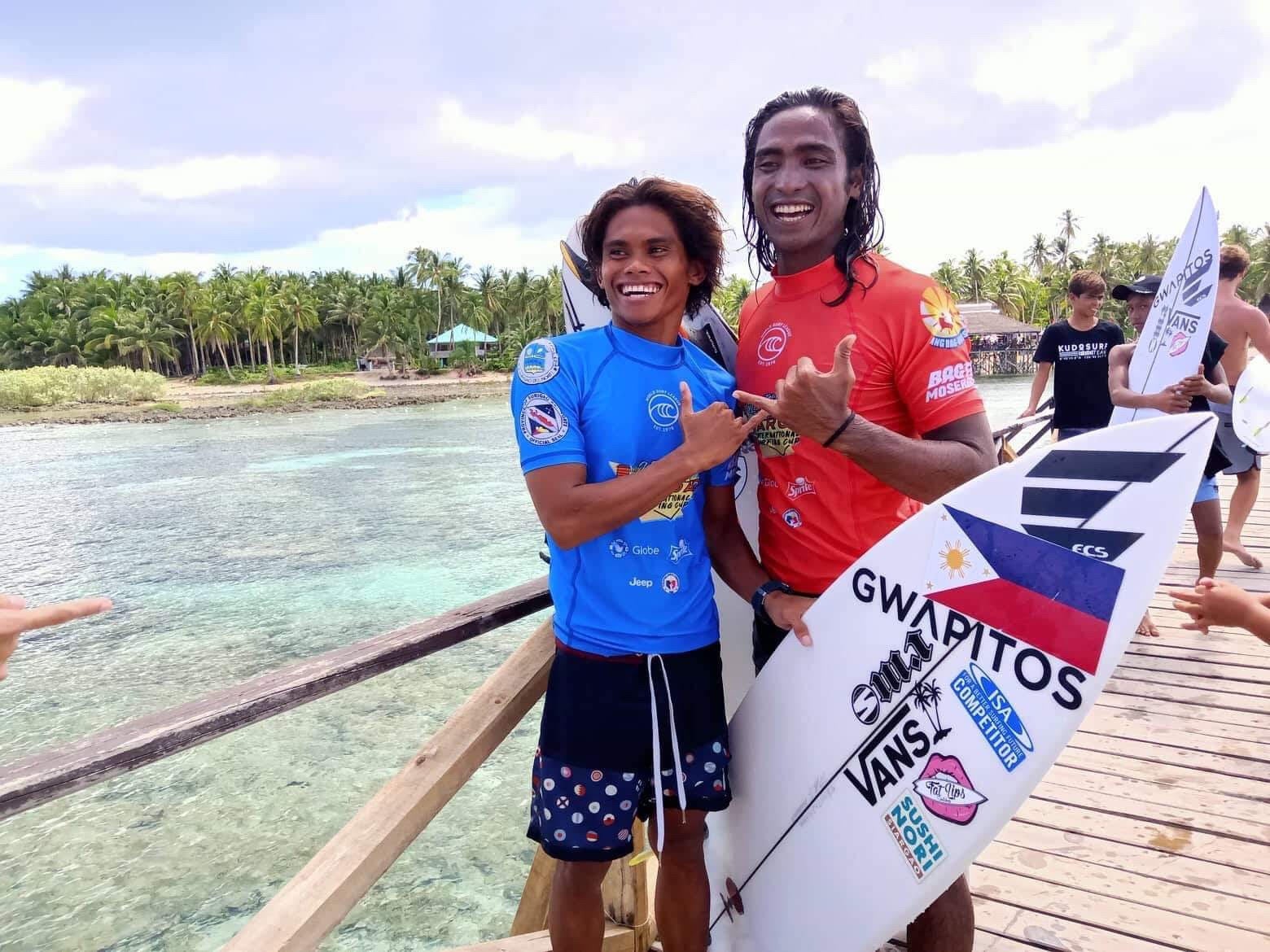 SIARGAO—Local bet John Mark Tokong emerged as the lone Filipino bet still in the running for the title as he entered the Round of 16 with a gutsy performance Monday in the 25th Siargao International Surfing Cup at the world-famous Cloud 9 here.

The 23-year-old Tokong, son of a fisherman from the town of General Luna thrilled the hometown crowd as he placed second to Indonesian rival Oney Anwar in Heat 7 to advance.

Earlier, Jay-r Esquivel of Urbiztondo, Pangasinan and Tokong’s teammate in the Philippine team for this year’s Southeast Asian Games, failed to recover from a shaky start to finish third in his heat won by South African’s Koby Oberholzer with 15.25 points. Jose Gundesen of Argentina finished second with 13.10 points, better than the 11.75 of Esquivel.

The top two performers in each heat earned tickets to the next round of the event, which is sanctioned by the World Surf League and backed up by the Philippine Sports Commission headed by Butch Ramirez and the Department of Tourism.

Top favorite Skip McCullough of the United States continued his impressive shows as he advanced from Heat 5 with Tomas King. Local bet Christian Araquil finished fourth in this heat.