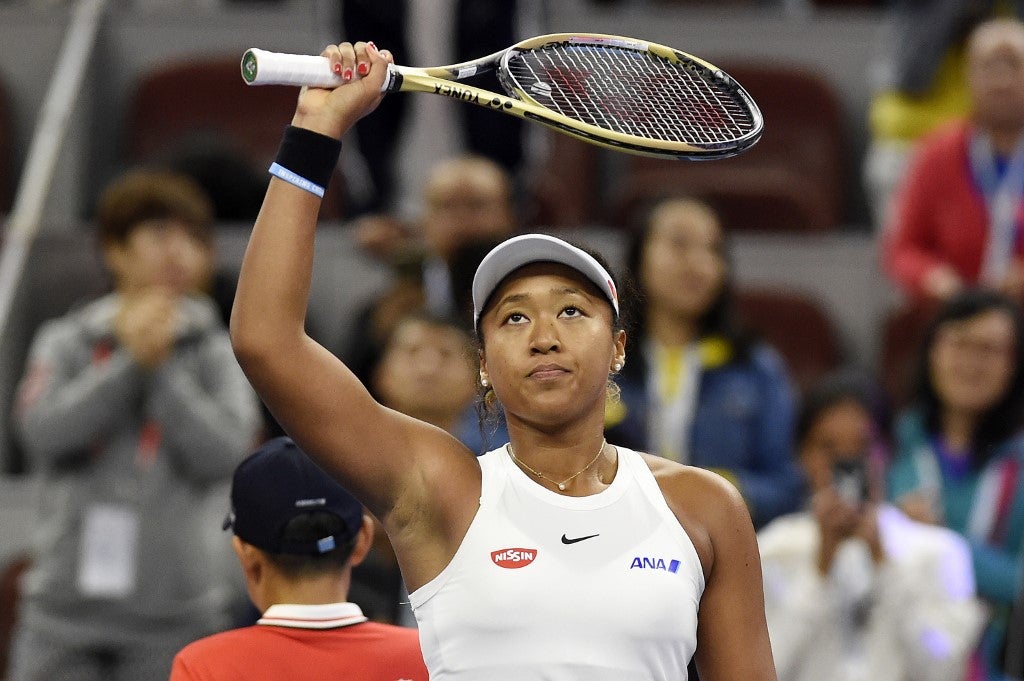 Naomi Osaka of Japan celebrates after winning her women’s singles semi-final match against Caroline Wozniacki of Denmark at the China Open tennis tournament in Beijing on October 5, 2019. (Photo by Leo RAMIREZ / AFP)

Osaka, who has a Japanese mother and a Haitian father, told NHK she has completed an administrative step to obtain Japanese citizenship ahead of her birthday next week.

Japanese law stipulates that a Japanese with more than one nationality must chose one before turning 22 years old.

“It gives me a special feeling to try to go to the Olympics to represent Japan,” the two-time Grand Slam champion told the broadcaster in an interview in Tokyo.

“I think I will be able to put more of my emotion into it by playing for the pride of the country,” she said, according to the article published in Japanese on the NHK website.

Osaka added she wants to aim for the gold although she is also worried as expectations will be high.

The young tennis sensation is a household name in Japan, where her every move is followed feverishly by local media, particularly when she is in the country of her mother’s birth.

She is the face of several leading Japanese brands, including the carrier ANA, and “Naomi-chan” — as she is affectionately known — was the main attraction at last month’s Pan Pacific Open in Osaka, which she won.

But she has faced controversies over her dual heritage in a nation that is fairly racially homogeneous, as well as scrutiny for her imperfect Japanese language skills — though others insist they add to her charm.

Mixed-race children can often face prejudice in Japan, although attitudes among younger generations are changing.

Osaka became the first Japanese player to win a Grand Slam last year after beating Serena Williams at the US Open.