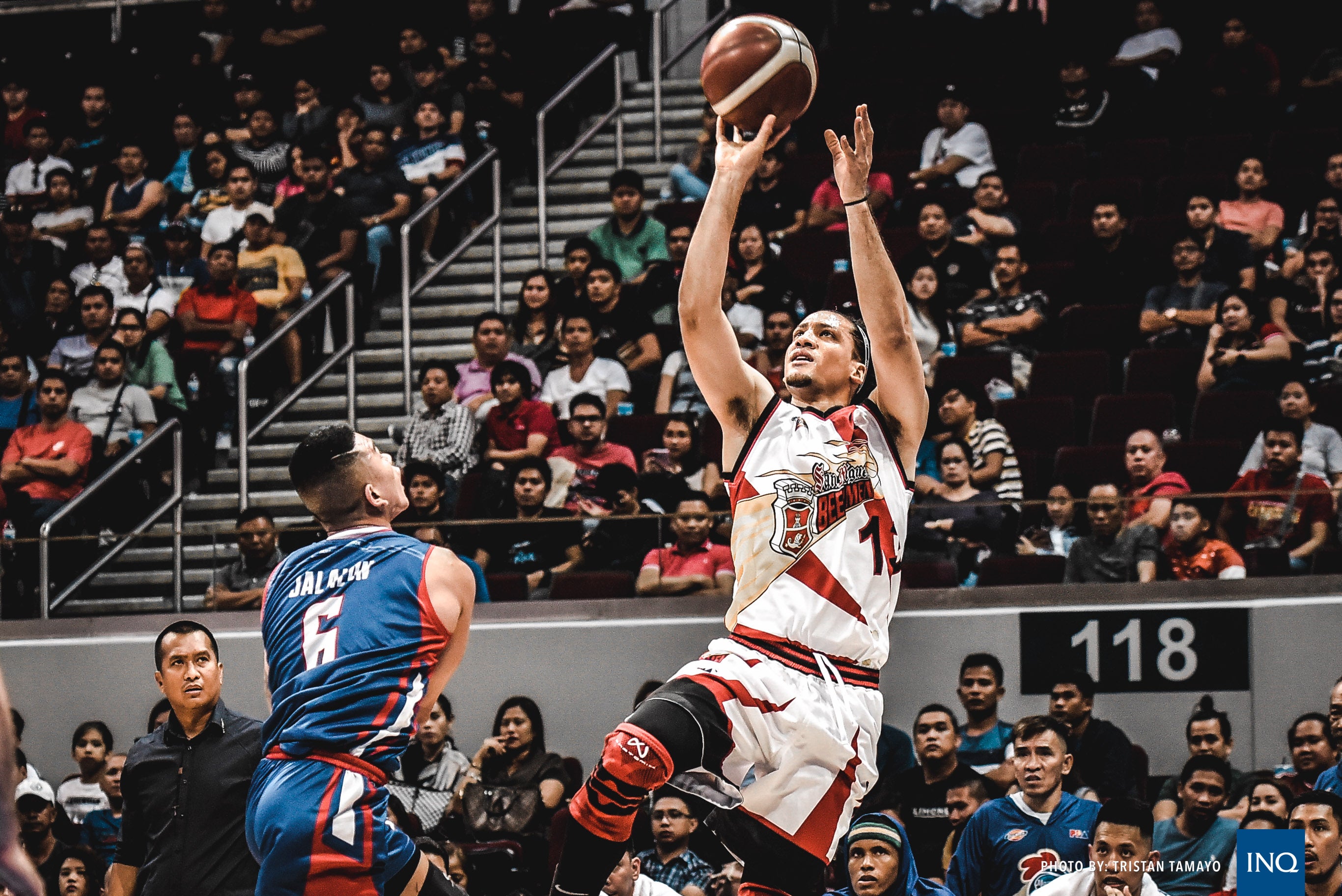 MANILA, Philippines—San Miguel is slowly getting into full strength in its Grand Slam bid with reliable wing Marcio Lassiter returning from his knee injury that’skept him out of action for more than two months.

Lassiter played for seven minutes in the Beermen’s 90-89 victory over Magnolia in the PBA Governors’ Cup Friday at in his first appearance since suffering a type 2 MCL sprain in his left knee in July during the Commissioner’s Cup quarterfinals.

The eight-time champion and six-time All-Star tallied two points, three rebounds, one assist, and one steal against the Hotshots and he said that he’s “making progress” with in his road to full recovery.

“I’m definitely not where I need to be but these are steps in the right direction,” said Lassiter.

“I’m just really fortunate to play tonight and just to be healthy. I put a lot of work to get back into this position because I missed a lot of important games these past two months including the finals of the second conference and the Fiba [World Cup].”

Lassiter’s injury prevented him from playing in the Beermen’s Commissioner’s Cup triumph and also sidelined him for the Fiba World Cup in China.

The 6-foot-2 wingman also sat the sidelines for San Miguel during the East Asia Super League: The Terrific 12 in Macau where the Beermen played against teams from the CBA and B.League.

Lassiter averaged 12.6 points, 2.4 rebounds, 4.2 assists, and 1.1 steals during the eliminations of the Commissioner’s Cup in 34 minutes of play and his hoping to see his playing time increase in the coming games.

“I guess tonight was just a feel-out game, hopefully each game I’ll get more and more,” said Lassiter as San Miguel improved to an unbeaten 4-0 record. “It’s just getting into game shape, I’m probably like 70 percent right now.”

“It’ll just take time and I’m just glad I didn’t get hurt or anything tonight.”