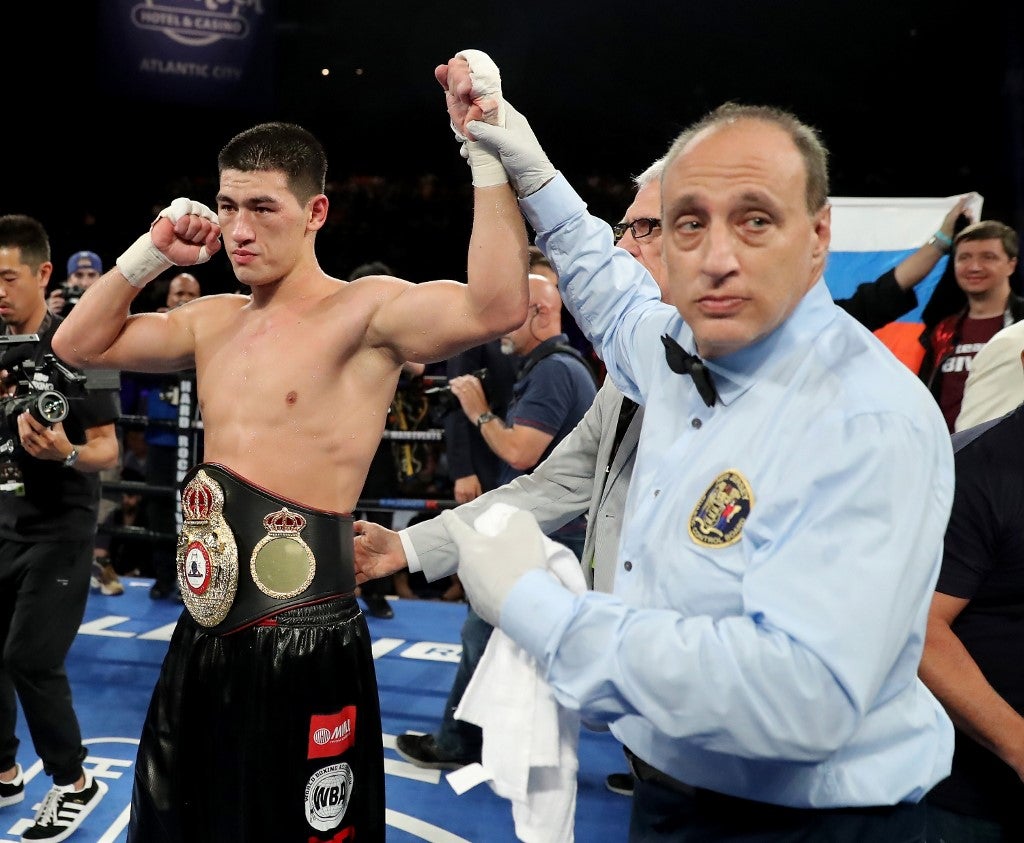 Bivol cruised to a unanimous decision, winning almost every round and knocking the challenger down in the sixth round of a slow paced fight in front of a crowd of 9,073 at the Wintrust Arena.

In the final fight of the night, Oleksandr Usyk made his heavyweight division debut a successful one with a seventh round TKO victory over fill-in fighter Chazz Witherspoon.

Bivol had no problem with Castillo, using combination punches to the body and head to wear the challenger down and score a knockdown in the middle of the fight.

Bivol connected with a right hand to the chin that sent Castillo staggering backwards then smiling awkwardly as he hit the canvas in the middle of the sixth.

Castillo was able to continue and take the fight to the distance but he spent most of time on the defensive and wasn’t able to do much damage by counterpunching against Bivol.

“I saw his fights before. He is really good at counter attacking. All five rounds before that, I tried to land that punch,” Bivol said of the knockdown blow.

Bivol said he wants to fight another champion next.

“I kept my belt and I still have a chance to fight for my dream and get another title,” he said.

On the undercard, US fighter Patrick Day was in hospital after suffering a serious head injury following a brutal 10th round knockout by unbeaten Charles Conwell in a super welterweight bout.

American sports broadcaster ESPN reported late Saturday night that Day was in a coma after undergoing emergency brain surgery at a hospital.

Unbeaten Ukrainian boxer Usyk put on a masterclass display in a lopsided win in his heavyweight debut over Witherspoon, who was a late replacement.

Witherspoon was out of gas in the sixth round and his corner stopped the fight before the start of the seventh with him sitting on his stool.

Usyk is looking to move up in the heavyweight division and fight some of the bigger names but he’s going to have to prove himself against tougher opponents before he takes on the likes of Anthony Joshua, Tyson Fury or Deontay Wilder.

“I am ready to fight them. If they give it to me of course I am going to take it,” he said.

Usyk, who improved to 17-0 overall, has fought the majority of his pro career at the cruiserweight level.