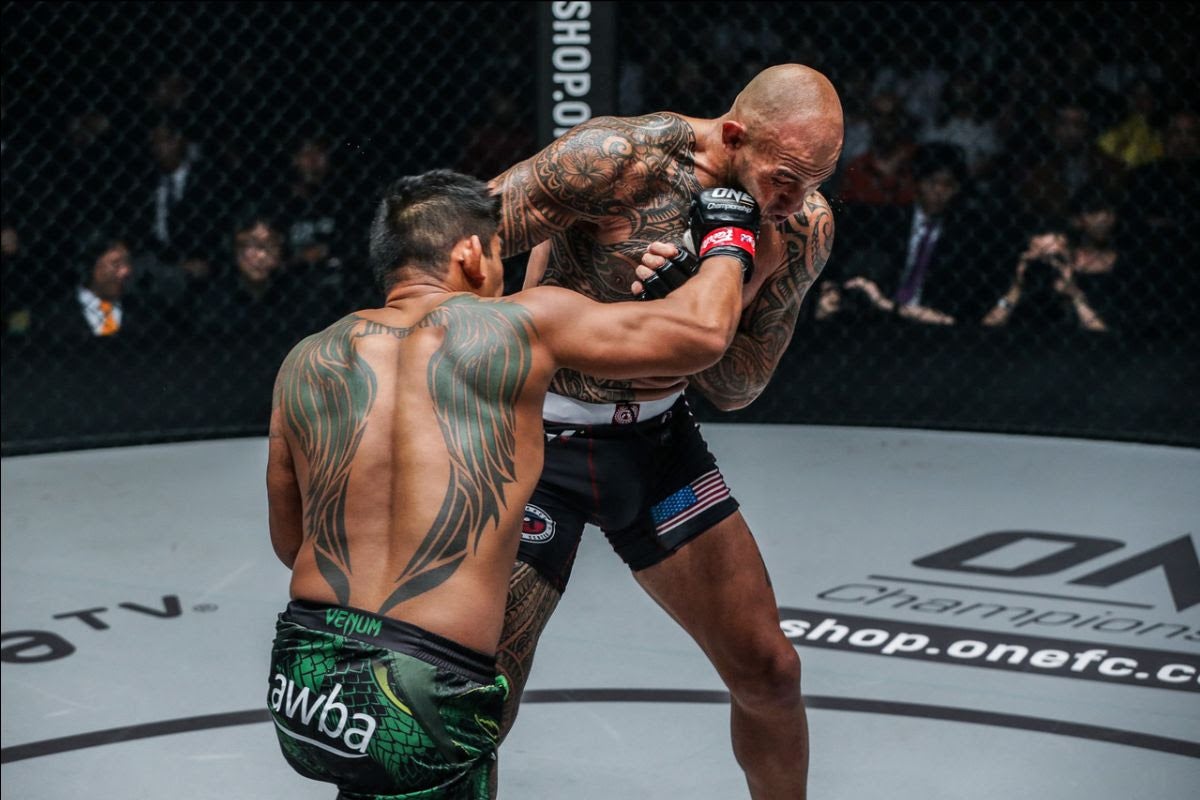 MANILA, Philippines—Two-division world champion Aung La N Sang provided the exclamation point in what had been a historic night in ONE: Century Sunday at Ryogoku Kokugikan in Tokyo, Japan.

The Myanmar hero retained his light heavyweight title after stopping Brandon Vera in the second round of their back-and-forth main event.

Vera finally met his match inside the ONE cage after going undefeated in his first four fights in the promotion.

Aung La landed a crushing spinning back elbow that rocked Vera before going for the ground-and-pound that forced the stoppage.

The 34-year-old Aung La stretched his winning streak to seven and improved his record to 26-10.

Two other Filipinos faltered in the second part of ONE’s biggest show after Honorio Banario and former champion Kevin Belingon lost via stoppage.

Banario lasted only 54 seconds against Japanese legend Shinya Aoki, who submitted the former featherweight champion with a D’Arce choke.

Belingon was forced to tap out as well after his longtime rival Bibiano Fernandes, who kept the bantamweight belt, locked him up with a rear-naked choke in the second round in their fourth meeting.