San Miguel, NorthPort swap No. 1 picks Standhardinger and Tautuaa in what Batang Pier coach Jarencio says is ‘win-win’ for them
By: Mark Giongco‎ - @inquirerdotnet
INQUIRER.net / 04:07 AM October 15, 2019 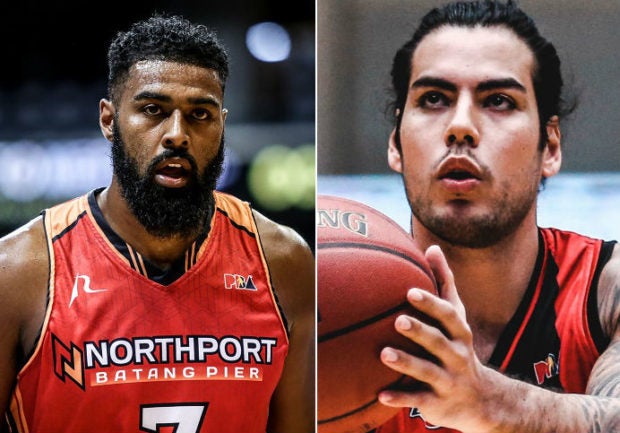 The Beermen sent Christian Standhardinger to the Batang Pier in exchange for the vastly improved Mo Tautuaa, whose more agile game for a man of his size can make San Miguel even more dangerous while playing beside the 6-foot-10 June Mar Fajardo.

“I specifically asked for Christian, because he suits our run-and-gun style,” NorthPort coach Pido Jarencio told the Inquirer over the phone, even though there was a tinge of sadness in him in letting Tautuaa go.

Tautuaa blossomed under the guidance of Jarencio at NorthPort, averaging a career-best 11.3 points and close to nine rebounds before being shipped away.

“Christian can give us a solid post-up presence, and we are excited to have him here,” Jarencio went on. “It’s a win-win situation for both of us.”

Standhardinger was selected first overall by the Beermen in the 2017 draft—a right it acquired from Columbian that divided the league’s board and led to the resignation of Chito Narvasa as commissioner.

But Standhardinger has struggled at San Miguel lately, as he is forced to share time with Fajardo, the reigning five-time MVP.

Upon leaving the Beermen, Standhardinger averaged just 3.5 points and four rebounds in just four games for the Grand Slam-seeking squad.

Tautuaa could make his debut for his third team when San Miguel battles Columbian Sunday at Smart Araneta Coliseum.

Interestingly, Standhardinger plays his first game as a Batang Pier against the Beermen on Oct. 23 at Cuneta Astrodome.

ADVERTISEMENT
Read Next
Apology accepted
EDITORS' PICK
Bong Go demands ‘fair reporting’ from ABS-CBN but will appeal to Duterte to save jobs
Mallorca City: Home of Cavite’s finest industrial hub
Wilder says costume wore him down before Fury did
Franchise of media giant to go on Guevarra tells senators
ABS-CBN apologizes to Duterte for 2016 election ad mess
Here’s How Protein and Calcium Deficiency Can Affect Your Kid’s Health
MOST READ
Duterte: Set aside petty political differences to ensure Edsa legacy lives on
Jordan: ‘When Kobe Bryant died, a piece of me died’
Los Angeles honors Kobe, Gianna Bryant with public memorial
Kirk Douglas leaves most of $61 million fortune for charity, nothing for son Michael — report
Don't miss out on the latest news and information.