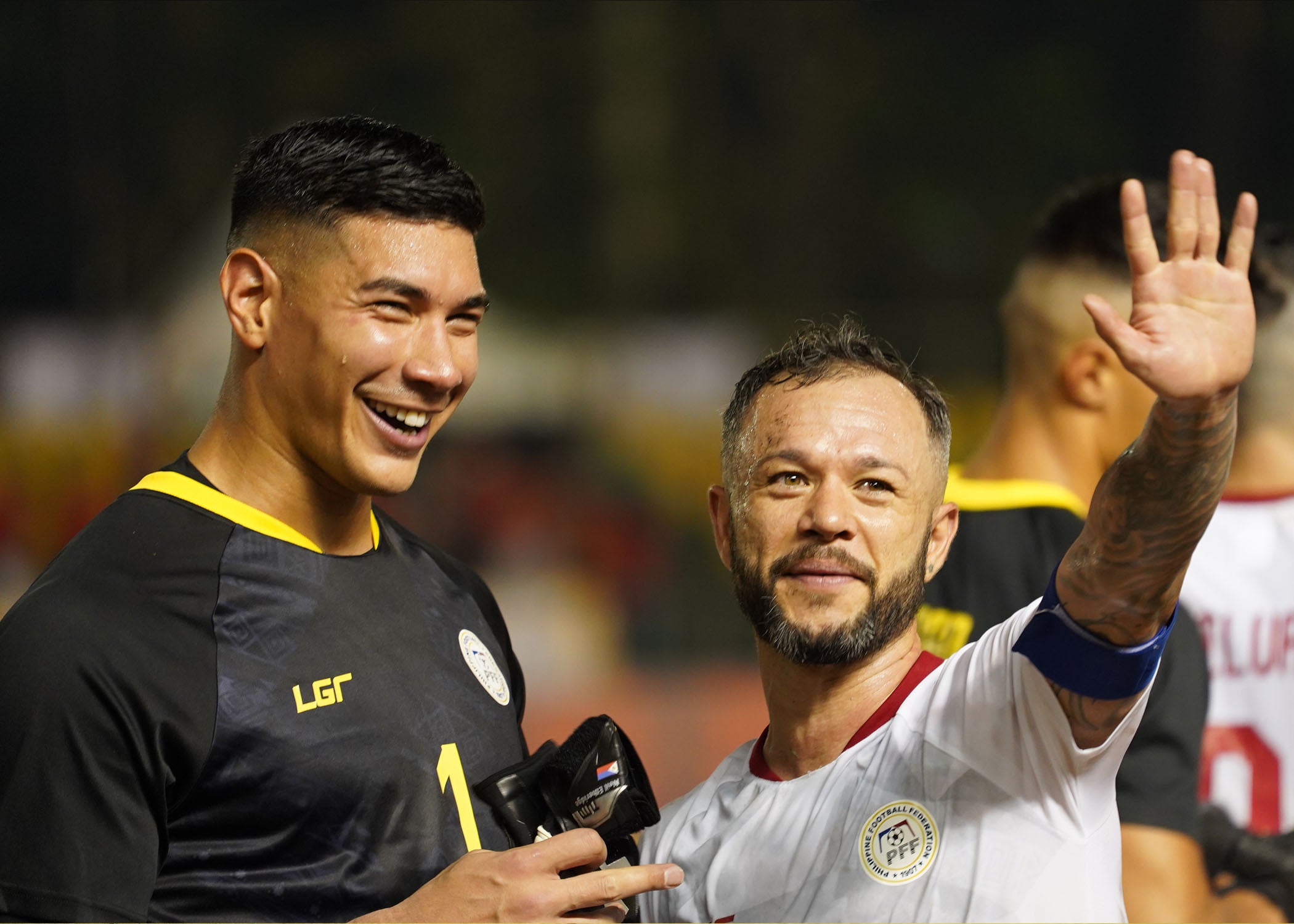 BACOLOD CITY—Hardly ruffled in the face of constant bombardment, goalkeeper Neil Etheridge delivered a performance to remember as the Philippines achieved its biggest result in recent memory by holding powerhouse China to a goalless draw last Tuesday in a World Cup Qualifying match at Panaad Stadium.

Having recovered from a hamstring injury, Etheridge proved to be a calming and commanding presence in between the sticks as the Azkals salvaged a point against the heavily favored Chinese, who have scored 12 goals in their first two matches against Maldives and Guam in Group A.

The result puts the Azkals in the hunt for a place in the third round, although they are still in third spot with four points from three matches.

China leads the group with seven points, while Syria is in second with six points. Only the No. 1 squad and the four best-second placed teams from the eight groups qualify to the third round of World Cup Qualifying and claim an automatic ticket to the AFC Asian Cup in 2023.

The Azkals travel to face the Maldives on Nov. 14, before taking on Syria again five days later in Dubai, United Arab Emirates.

Etheridge, 29, is no stranger playing pressure-packed matches, having appeared in all of Cardiff City’s 38 English Premier League games last season.

Dealing with the speed and quality of some of the world’s finest attacking players certainly came in handy against China, which had Espanyol winger Wu Lei and naturalized Brazilian Ai Kesen leading the line.

“I think it wasn’t just myself, but everyone on the team did extremely well today,” said Etheridge, who was named Man of the Match.

Etheridge commanded a backline that had to be changed twice following injuries to Carlie De Murga and Justin Baas. Luke Woodland and Amani Aguinaldo fit in seamlessly alongside starter Alvaro Silva, who also had a solid performance anchoring the backline.

“I think it was in my benefit,” Etheridge said referring to his big-match experience.

“Some of the players looked up to me on how I was going to deal with situations. I’ve been very fortunate and blessed to play at the highest level in the world. But the game today was proving to the supporters and the coach that I deserve to be in the starting eleven.”

Etheridge was constantly called into action, punching away dangerous balls into the area or collecting crosses. But he was at his best near the end when he palmed away a stinging effort from China captain Hang Junmin inside the area.

“We went out there and we had a game plan,” said Etheridge. “Going toe to toe against China will be tough and it’s a great result for us, but I still feel we have more to give.”