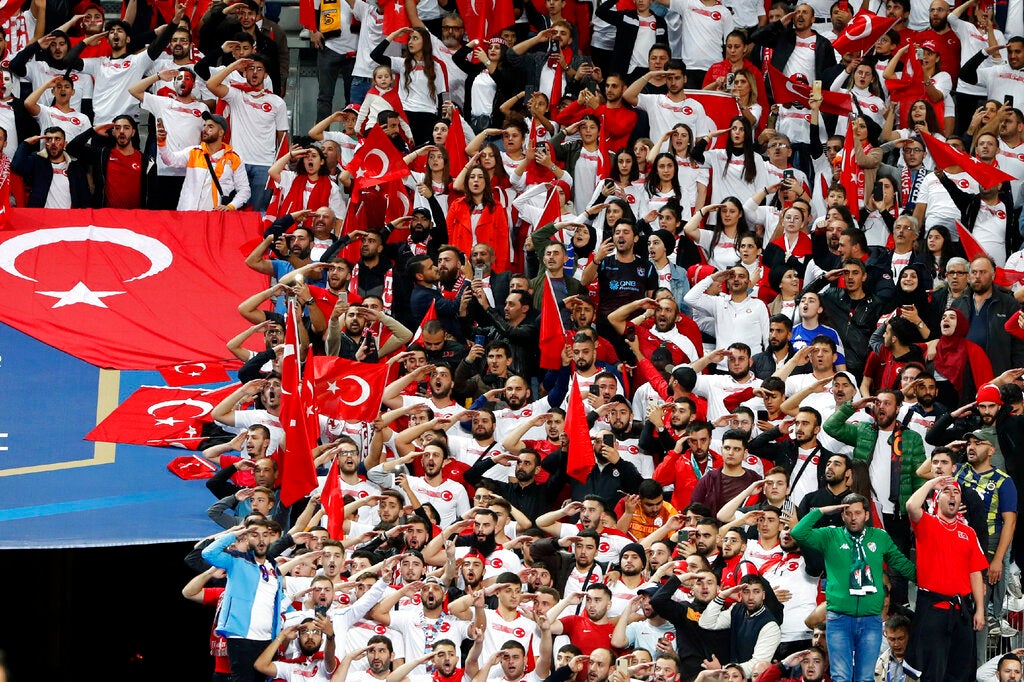 ROME — UEFA has been asked to consider moving this season’s Champions League final out of Istanbul because of Turkey’s military action in Syria.

UEFA declined to comment Wednesday about a letter sent from the Italian sports minister questioning if it was appropriate to continue letting Turkey host the biggest club game in world soccer in May.

“We know well that the seriousness of what is happening in Syria will not be resolved with this act but we are all aware of the importance (political, media, economic, cultural) that belongs to one of the most important sporting events in the world,” the letter states, according to Italian news agency ANSA.

The Ataturk Olympic Stadium was picked by UEFA last year over the Stadium of Light in Lisbon, Portugal.

UEFA vice president Michele Uva told an Italian radio station it was “absolutely premature to talk about sanctions,” though the situation would be evaluated by the European soccer body’s executive committee. It next meets on Dec. 4.

Since Turkey began a military offensive in northeast Syria last week, national team athletes from the country have made salute gestures at sports events.

UEFA asked its investigators on Tuesday to assess if the Turkish soccer federation should be charged in a disciplinary case. Salutes made by Turkey players after European Championship qualifying games against Albania and France in the past week could breach rules prohibiting political statements at stadiums.