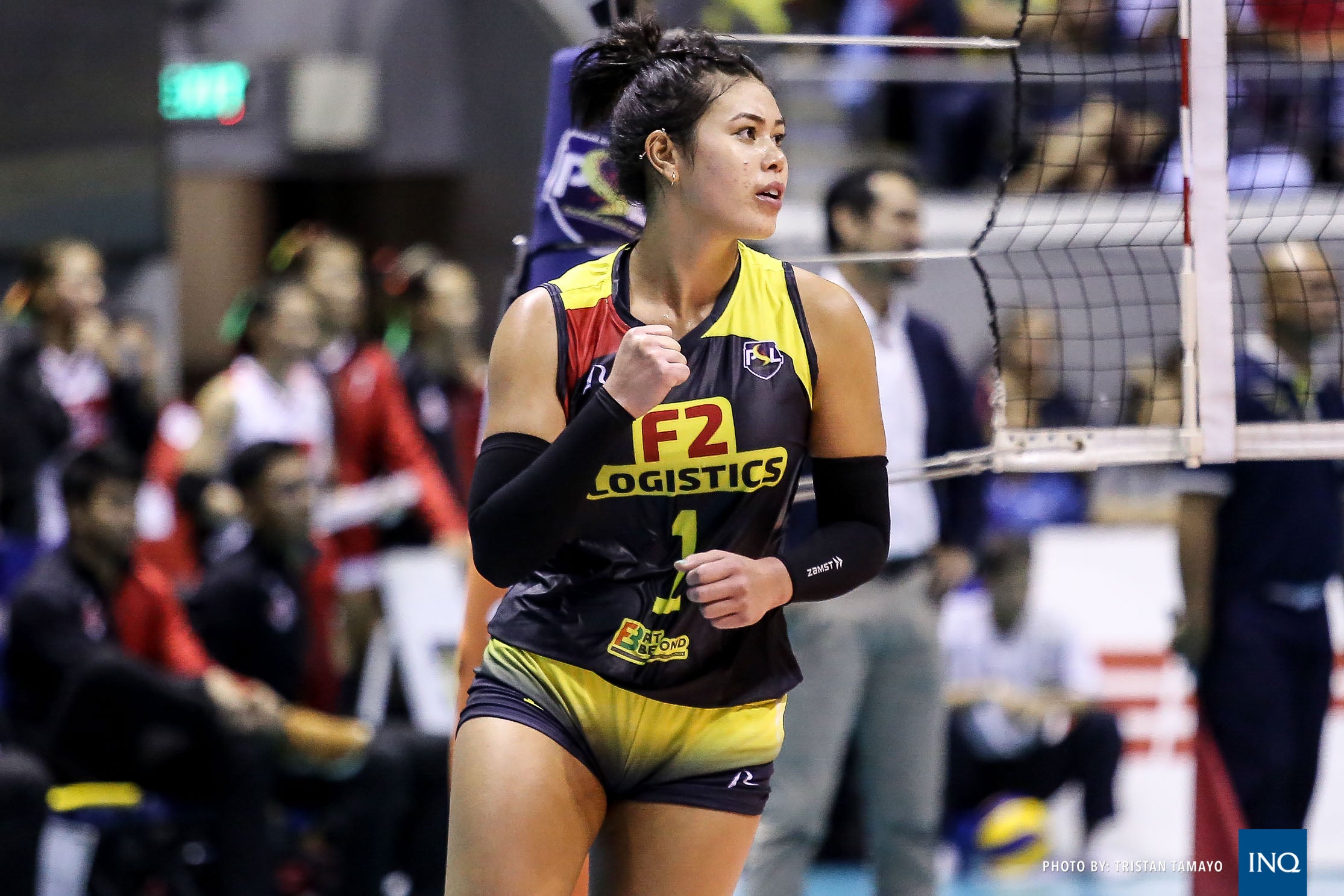 F2 Logistics relied heavily on prized acquisition Kalei Mau to escape with a 25-22, 25-19, 17-25, 22-25, 15-12 thriller over Petron and capture the Philippine Superliga Invitational Cup on Thursday  at Ynares Sports Center in Pasig City.

“The players didn’t give up, they showed that they deserve the title tonight,” said F2 Logistics coach Ramil de Jesus in Filipino, after his wards nearly blew a two-sets-to-none lead.

Mau, who joined F2 Logistics midseason after her former team folded up, banged in 29 points—including five in the exhausting, challenge call-heavy fifth set—for the Cargo Movers.

It was F2 Logistics’ second title of the season after taking the All-Filipino crown, hiking the Cargo Movers’ title tally to five, just one short of Petron’s all-time best six crowns.

The Filipino-American Mau, now a top offensive option for the national team, missed the team’s first five matches of the conference due to calf muscle injury.

The HD Spikers needed a late-set surge to come back from a five-point deficit and steal the opening frame, setting the rout in place.

The Tornadoes failed to get their rhythm after that and even feisty rookie Eya Laure could not get through the HD Spikers’ well-placed defenses.

Meanwhile, chances of Alyssa Valdez suiting up in the PSL lie in the hands of the Premier Volleyball League.

Valdez needs a green light from the PVL to suit up for the national team for the PSL Super Cup slated Nov. 4-8 at Filoil Flying V Centre.

PSL director Ariel Paredes said they would love to see the flamboyant open spiker play in the league’s side tournament meant to give the PH team one more tune-up before the country hosts the Southeast Asian Games from Nov. 30 to Dec. 11.

Valdez plays for Creamline in the PVL.

“If they (PVL) can come up with a tournament of their own for the national team, we will allow our players to play in the PVL as well,” said Paredes.

The national team, which leaves for a Japan training camp on Oct. 20 to Nov. 2, will play against Japan’s Tsukuba University and two other PSL selection teams in the Super Cup.

Aside from playing in the Super Cup, the national team will also embark on outreach activities including holding clinics in different schools.