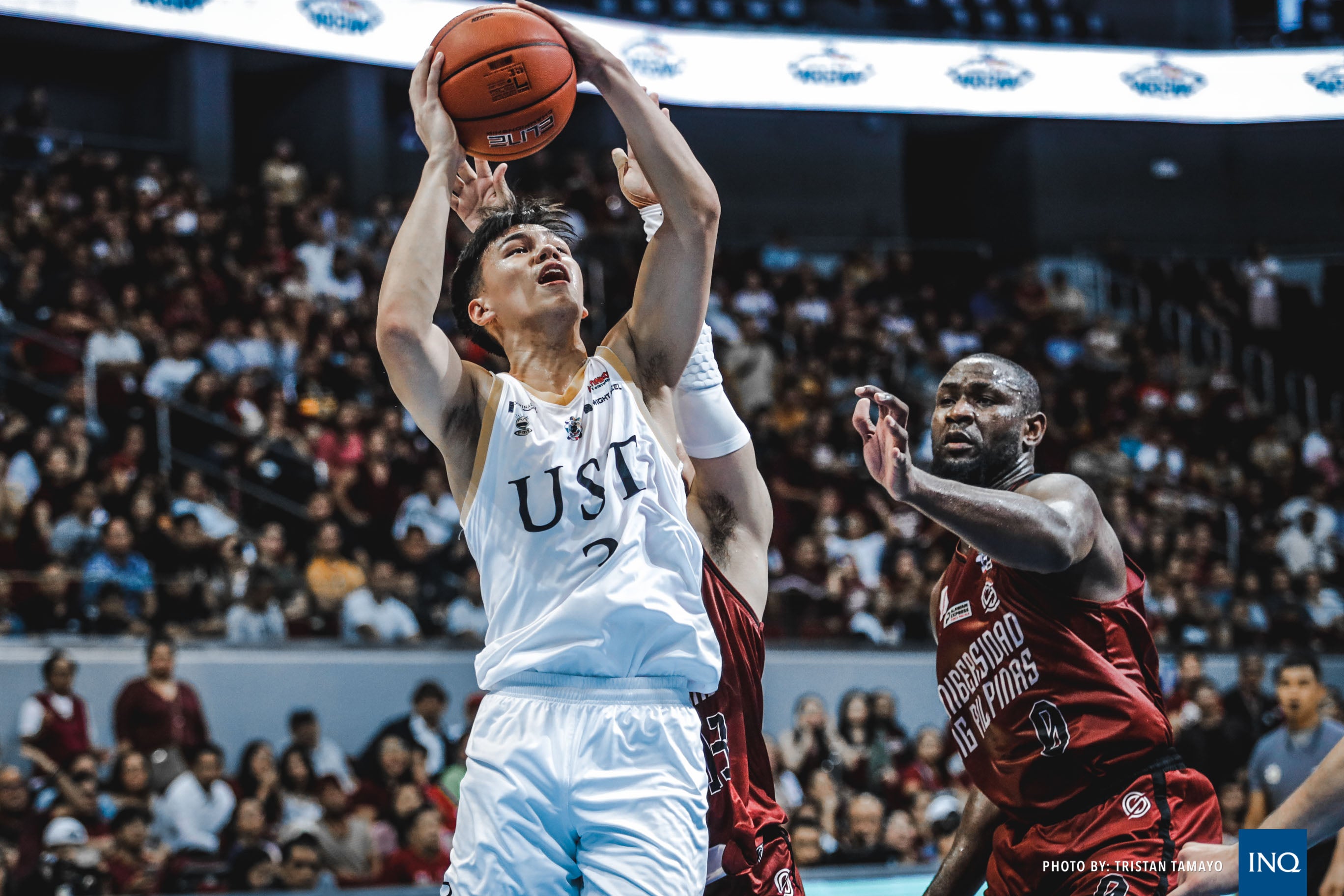 Confronted by a moral issue that has always bubbled beneath its glossy surface, the UAAP said it will revisit rules and regulations covering the transfer of players in the wake of the incident involving University of Santo Tomas forward Rhenz Abando, who was the target of what his coach described as a poaching attempt in the middle of the basketball season.

The Inquirer broke the story on Abando saying he was leaving UST for a school that made a tempting offer but hours after the report circulated, the star rookie reiterated his commitment to the Tigers in a meeting with coach Aldin Ayo and Fr. Jannel Abogado, UST Physical Education director.

But the saga did not end there, catching the attention of UAAP executive director Rebo Saguisag, who expressed concern over the incident—most notably because it took place in the middle of the season.

“The last couple of years, there’s been plenty of player movements among UAAP member schools,” Saguisag said. “Of course, the board is concerned. We’re looking at legislation and policing, but ultimately at the end of the day, if a student-athlete says he wants to transfer, we can’t do anything about it.”

Saguisag said the UAAP may also study what constitutes as “maximum benefits” for student-athletes in the league.

Ayo admitted that the high-flying Abando has been a poaching target for a time now.

“They’ve been doing that since March,” Ayo told the Inquirer, without naming the school. “They’ve been persistent even to the point of doing it in the middle of the season.”

In an interview with UST’s official publication, The Varsitarian, Ayo said: “For me that’s very unethical. In the middle of the season, offering to contract a player, you’re insulting not only Rhenz but also the other players.”

“There are UAAP teams whose strategy is they’re going against us on and off the court,” Ayo said in Filipino.

Abando, who has wowed fans with his raw athleticism, averages 11.8 points, 5.0 rebounds, 1.1 assists and 1.3 this season but was benched by Ayo in UST’s 84-78 win over University of the Philippines on Thursday.

Saguisag said the UAAP board could look into the Abando issue, potentially for future legislation. “Of course, we’d also want to have a deterrent on these kinds of cases,” he added. —WITH A REPORT FROM BONG LOZADA, INQUIRER.NET

Read Next
American ace catches Stewart at the helm
EDITORS' PICK
Bong Go demands ‘fair reporting’ from ABS-CBN but will appeal to Duterte to save jobs
Mallorca City: Home of Cavite’s finest industrial hub
Wilder says costume wore him down before Fury did
Franchise of media giant to go on Guevarra tells senators
ABS-CBN apologizes to Duterte for 2016 election ad mess
Here’s How Protein and Calcium Deficiency Can Affect Your Kid’s Health
MOST READ
Jordan: ‘When Kobe Bryant died, a piece of me died’
Dominguez: ABS-CBN account on unaired ads ‘does not tally’ with Duterte campaign experience
Duterte: Set aside petty political differences to ensure Edsa legacy lives on
Lacson: For House to sit on pending bills ‘reeks of abdication’
Don't miss out on the latest news and information.