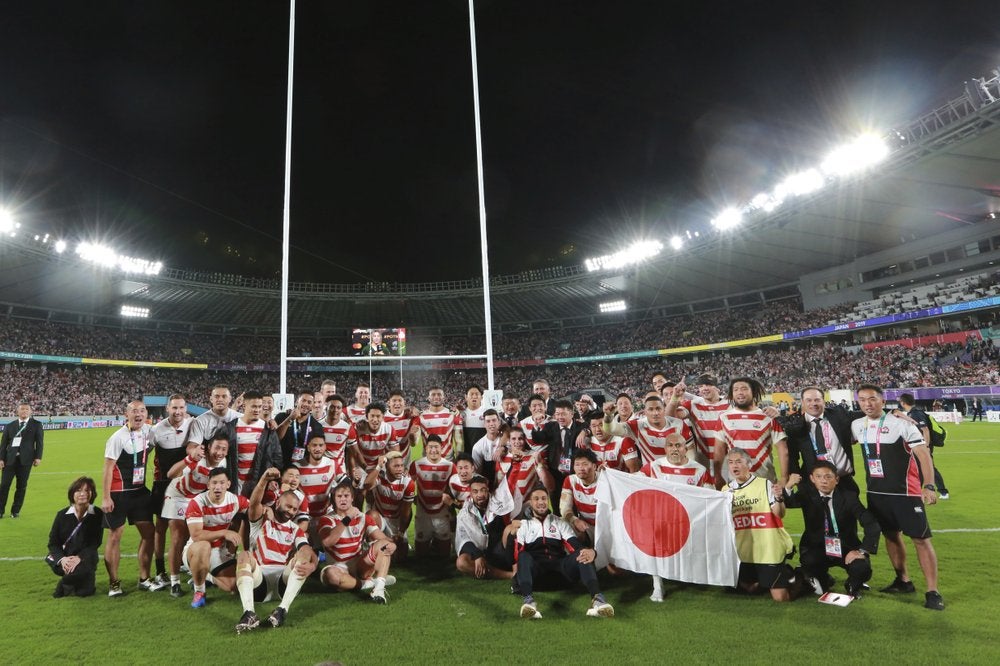 TOKYO — Rather than focus on Japan’s 26-3 loss to South Africa in Sunday’s Rugby World Cup quarterfinal, it’s better to remember how far Japan has come since it played in the first World Cup in 1987.

It’s been often painful, frequently humiliating, and a road’s that’s now taken Japan to No. 6 in the world rankings — ahead of two-time champion Australia.

“We’re really proud of what we’ve achieved at this World Cup,” said Japan coach Jamie Joseph, a former New Zealand player who also played for Japan. “This is for the players. They’ve given to the group and they’ve given so much to the country in this World Cup.”

Japan finished first in its group and won all four of its matches, including a victory over Ireland and a scintillating 28-21 victory over Scotland a week ago to guarantee its spot in the last eight.

“I couldn’t look,” he said, squinting as if not to recall the moment. “At the time I hoped this shocking score would make some changes in Japanese rugby.”

A succession of top foreign coaches, starting in 2007 with New Zealander John Kirwan, began to change things. Japan drew with Canada 12-12 that year, ending a 13-match losing streak in the World Cup.

Australian Eddie Jones built on the success, leading Japan to the most shocking upset of the 2015 World Cup, a 34-32 victory over the same South Africa that defeated Japan on Sunday under Joseph.

In addition to foreign coaching, Japan also has a mix of players with various ties to Japan. About half the 23-man team on Sunday was born to two Japanese parents. They include stars like flyhalf Yu Tamura along with speedy winger Kenki Fukuoka.

Captain Michael Leitch was born in New Zealand with Fijian heritage, but came to Japan to study when he was 15 and speaks Japanese better than English. He’s the face of Japanese rugby, and his sponsors have placed him in media everywhere.

Winger Kotaro Matsushima was born in South Africa to a Japanese mother and a Zimbabwean father.