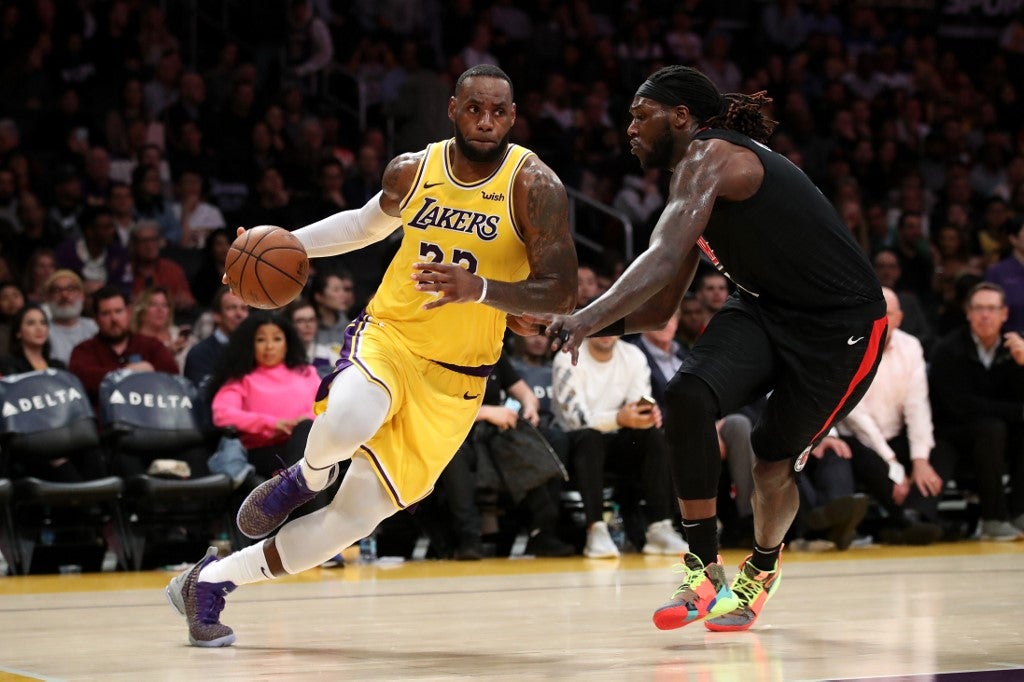 MANILA, Philippines—Filipino basketball fans will be in for a treat just in time for the new NBA season’s tipoff on Wednesday.

The National Basketball Association (NBA) on Tuesday announced that select 2019-20 NBA regular-season games will be livestreamed in the Philippines for free on Facebook Watch and Twitter.

Starting Wednesday, Oct. 23, select games will be available to fans in the Philippines for the first time across the league’s accounts on Facebook (NBA Philippines) and Twitter (@NBA_Philippines), providing live and on-demand access to one game per day during NBA Tip-Off Week from Oct. 23-29, and one game every Monday and Thursday from Oct. 31 onwards.

“We are excited to celebrate the start of the new season by streaming games on social media for the first time in the country,” said NBA Philippines Managing Director Carlo Singson.

“The Philippines is one of the world’s leaders in social media penetration and usage with over 17 million followers of the league’s social media accounts, making it an ideal platform to livestream NBA content. With NBA games on Facebook Watch and Twitter, we are empowering the digital lifestyle of our fans with the ability to enjoy the NBA anytime, anywhere. As the media landscape evolves, we look forward to introducing more ways to bring NBA games to a nationwide audience this season.”

Kicking off the free streaming is the keenly-anticipated battle of Los Angeles with the Lakers, featuring their fearsome one-two punch of LeBron James and Anthony Davis, taking on the new-look Clippers and their superstar forward Kawhi Leonard at 10:30 a.m. (Manila time) followed by a matchup between Eastern Conference rivals Boston Celtics and Philadelphia 76ers on Thursday at 7:30 a.m.

The Houston Rockets’ new dynamic duo of James Harden and Russell Westbrook will be tested against the Milwaukee Bucks, who will once again be led by reigning MVP Giannis Antetokounmpo on Friday, 8:00 a.m.

The Lakers will then, host the Utah Jazz on Saturday, 10:30 a.m followed by a game between the New Orleans Pelicans, who will be without their injured prized rookie Zion Williamson, and the Rockets on Sunday, 8:00 a.m.

Free streaming continues with the Portland Trail Blazers and the Dallas Mavericks on Monday at 7:00 a.m. and will be capped off by a duel between the Oklahoma City Thunder and the Rockets next Tuesday at 8:00 a.m.

NBA League Pass will once again provide fans with the most comprehensive live and on-demand access to a complete season of NBA games in high-definition with live stats and multiple viewing options, including the NBA Mobile View, which delivers a closer shot of the action optimized for viewing on mobile phones, tablets and connected devices. Exclusive NBA TV programming headlined by flagship show NBA Gametime will also be featured in the League Pass package.

The NBA offers the League Pass, Team Choice and 3-Game Choice packages in annual and monthly pricing options for fans starting as low as Php 100, while weekly pricing is offered for the League Pass package. New users will be provided with a seven-day rolling free trial valid from tip-off until the end of the regular season.

Team Choice is available for all 30 teams, giving fans the option to follow one team and watch their favorite players throughout the season, while the new 3-Game Choice enables users to watch up to three games of their choice per month.

Fans in the Philippines can subscribe to NBA League Pass by visiting watch.nba.com and downloading the official NBA App on the App Store and Google Play.