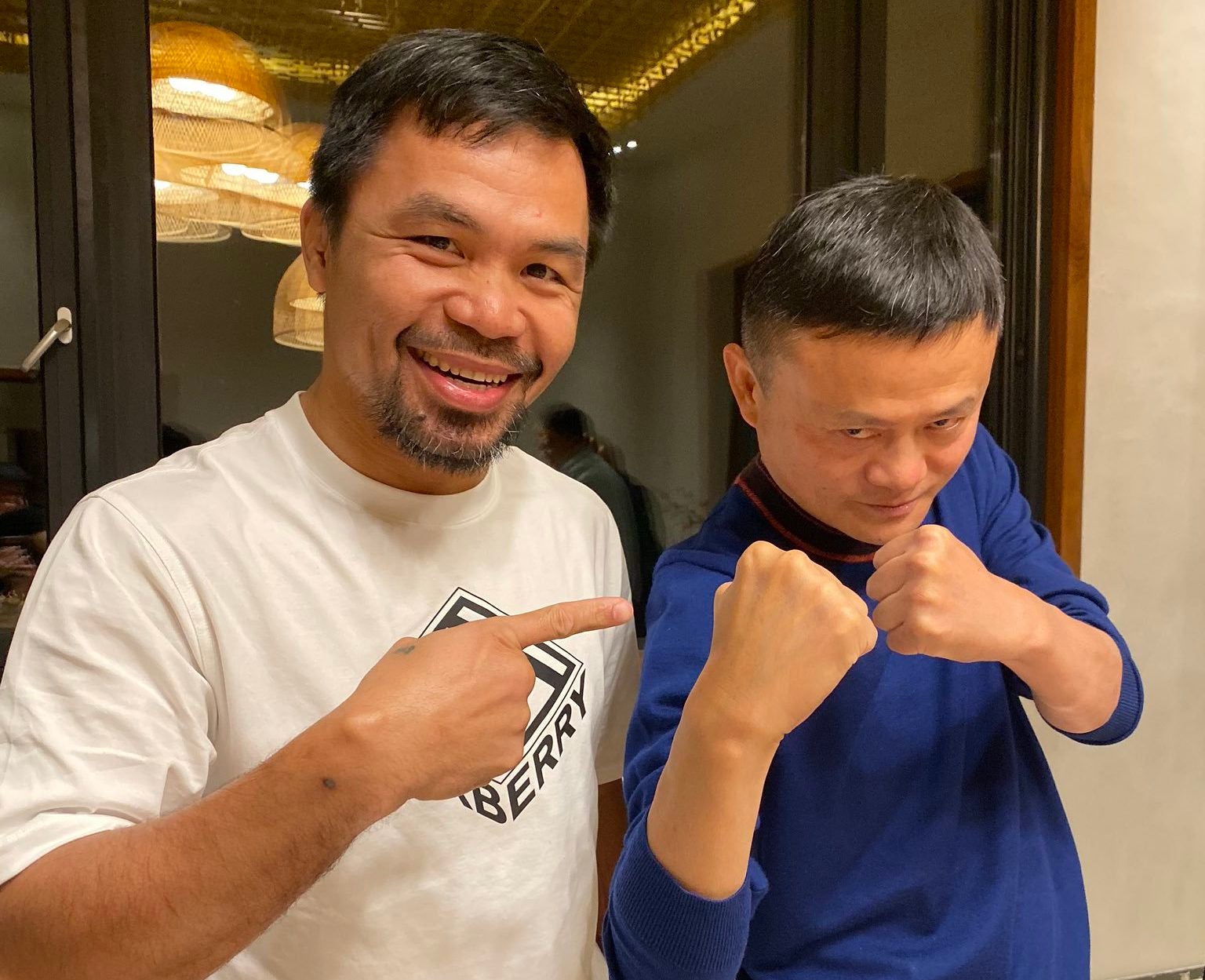 The Filipino boxing legend has been vocal about wanting a second bout with the retired former pound-for-pound king, who beat him by unanimous decision back in 2015.

And on Sunday, Pacquiao called out Mayweather again on social media, and this time, he brought one of his good buddies along.

In the video, Pacquiao, who is in China, acted as trainer while Chinese billionaire Jack Ma did the mitts.

“Floyd Mayweather, if you want a real fight, fight me,” Pacquiao said in the video. “If you want an exhibition, my guy, my friend, Jack Ma will take care of you. The real Manny Team.”

Ma, one of the wealthiest and influential people in China, gamely went with it.

“Yeah, I’m ready any time, any place. Manny’s team is ready,” he said in the video.

Whether or not a rematch between Pacquiao and Mayweather comes to fruition, boxing’s only eight-division champion may have just found a new sparring partner at least for entertainment purposes.