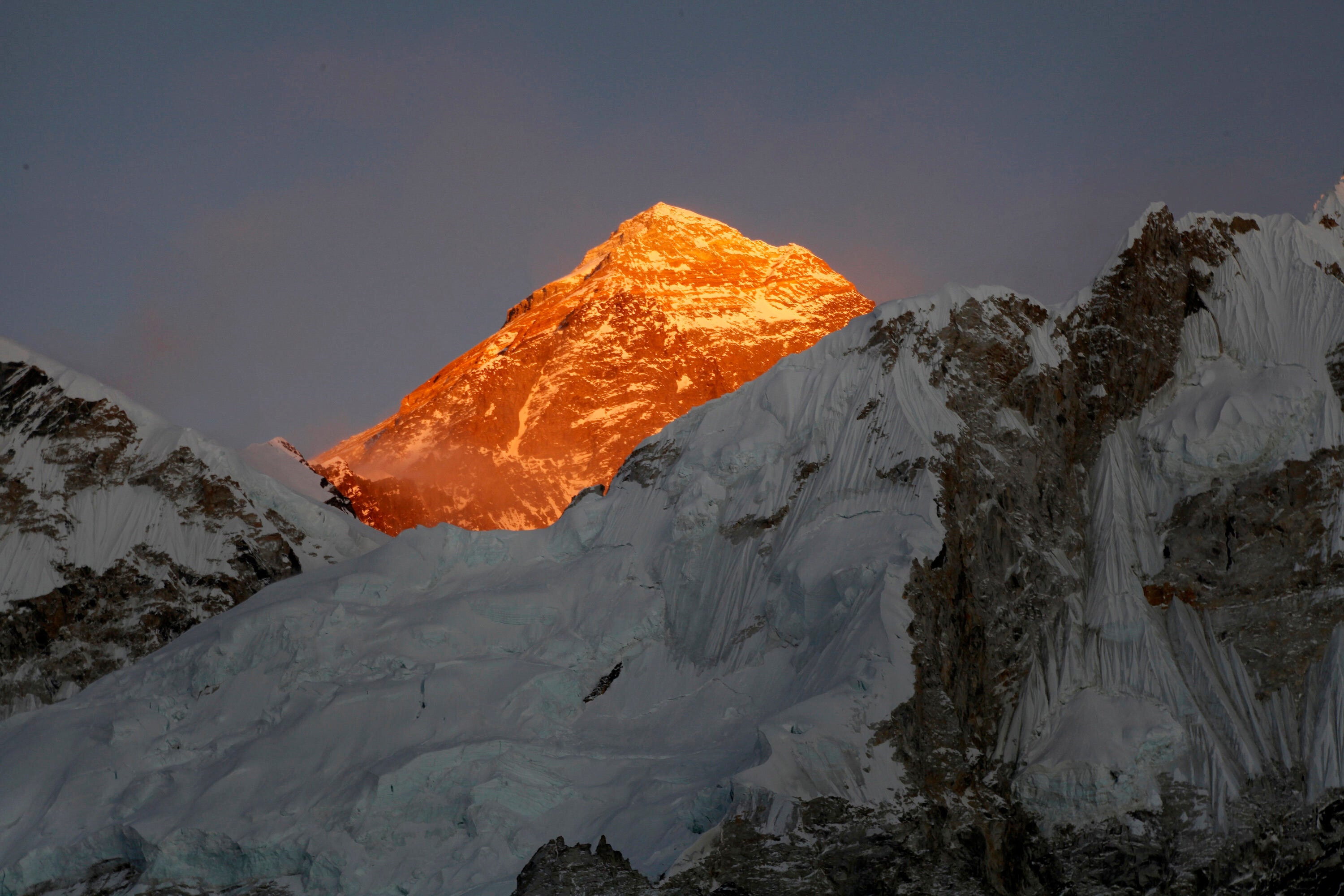 In this November 12, 2015, file photo, Mt. Everest is seen from the way to Kalapatthar in Nepal. A Nepalese national has shattered the previous mountaineering record for successfully climbing the world’s 14 highest peaks, completing the feat in 189 days. (AP Photo/Tashi Sherpa, File)

KATHMANDU, Nepal — A Nepalese national has shattered the previous mountaineering record as he successfully climbed the world’s 14 highest peaks, completing the feat in 189 days.

The previous record for climbing the 14 peaks was seven years, 10 months, and six days. It was set by South Korean climber Kim Chang-ho.

Mingma Sherpa of the Seven Summit Treks in Kathmandu, which equipped the expedition, said Purja was safely descending from the summit.

A former soldier in the British army, Purja began his mission on April 23 with a climb of Mount Annpurna in Nepal. He scaled Mount Everest on May 22. /kga