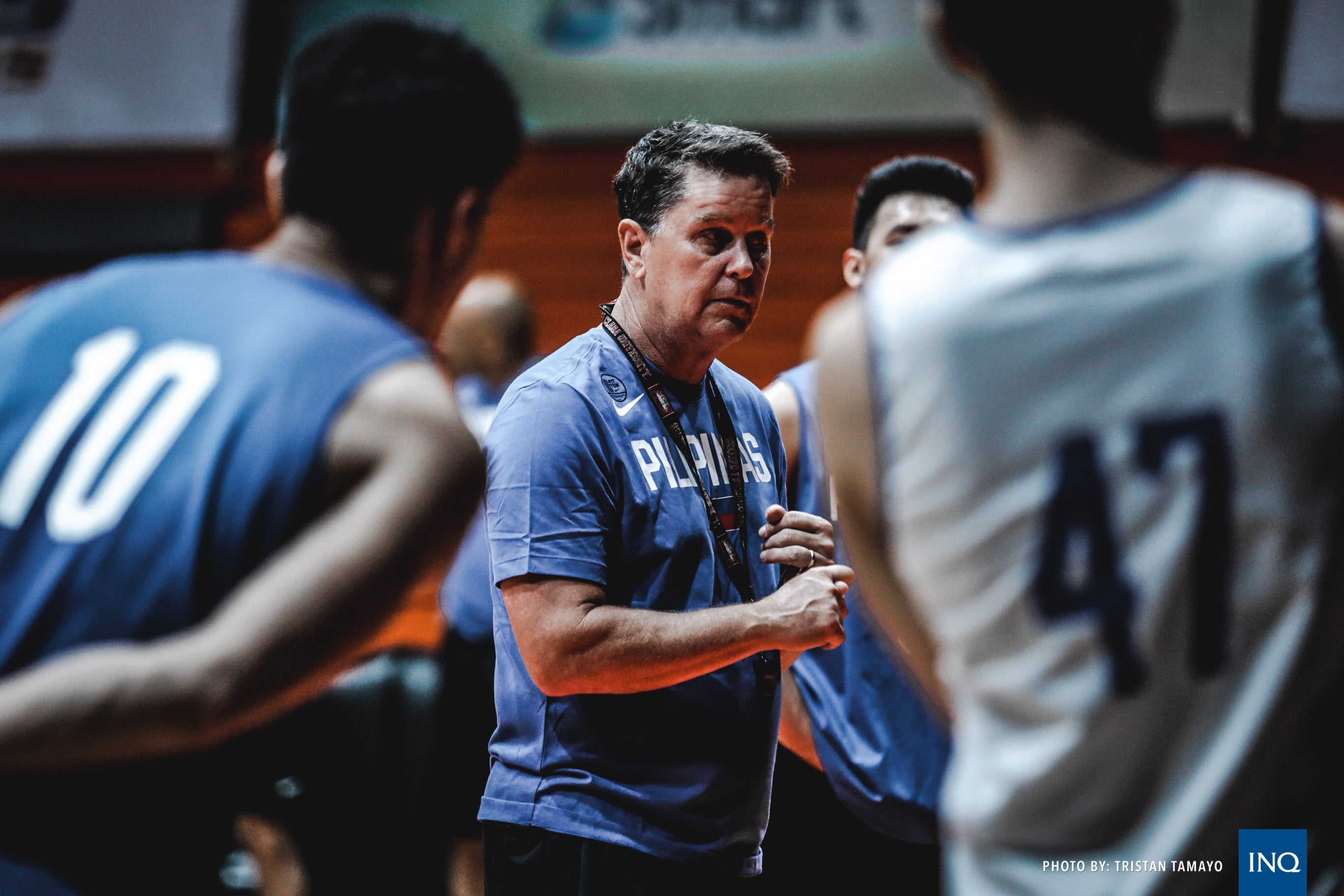 MANILA, Philippines—National team coach Tim Cone is open to the possibility of bringing in four more players on the pool after losing Jayson Castro to an injury.

But that’s if the Grand Slam mentor would still be allowed to add names to the initial 15-man pool already submitted by the Samahang Basketbol ng Pilipinas to the Southeast Asian Games organizing committee.

“We’re not sure yet, we’re still finding out whether we can get anybody. We’re not even sure if they can allow us. That’s being checked on by the SBP. We’re waiting for word if we can add someone to our 15-man pool,” Cone said Monday night.

“I’m not sure if we can add somebody, but that’s the reason why we got 15, in case we did have an injury,” he added. “If we can, we will probably replace. If we can, we have a couple of guys in mind. I don’t wanna say it because I don’t wanna get their hopes up, but we have I would say, four players in mind. From the PBA, definitely from the PBA.”

The pool is down to 14 players with Castro ruled out after the star guard went down with a soleus muscle strain in his right ankle early into TNT’s 126-113 loss to NLEX in the PBA Governors’ Cup Friday night.

Cone said he just learned from physician Raul Canlas that the 33-year-old Castro, who was supposed to make his national team comeback in the SEA Games later this year, will likely be out for five to six weeks.

“Losing Jayson is such a huge blow. I mean I don’t know how we’re gonna recover. Obviously, we have to move on,” he said.