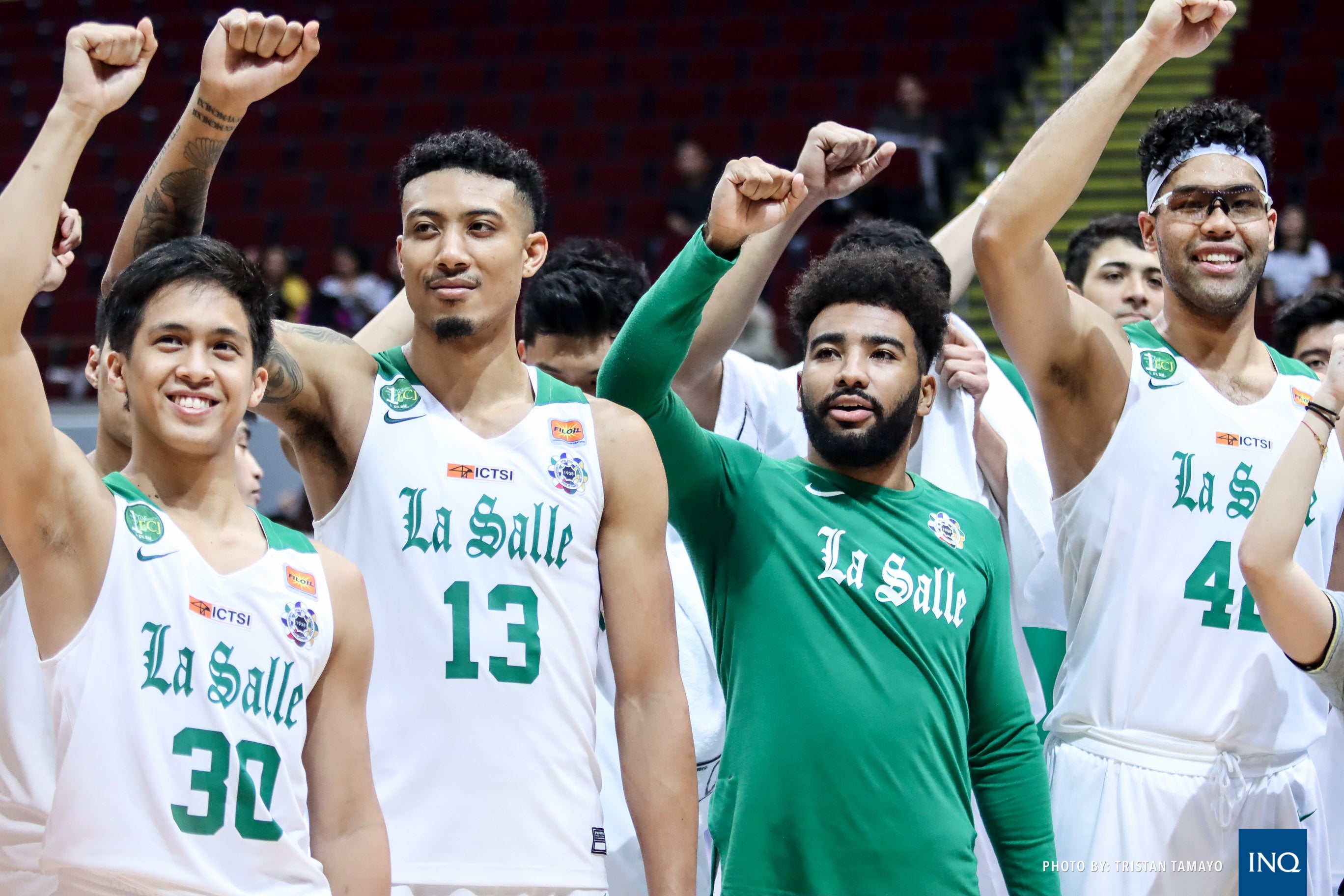 MANILA, Philippines—After a year in the UAAP, Jamie Malonzo is preparing himself for the jump to the big league.

Malonzo had a short but impactful stay with De La Salle in the UAAP Season 82 men’s basketball tournament and now he’s set his sights on making it to the PBA.

“I guess I got to move forward right now, I got a couple of requirements before I can enter my name in the PBA Draft so that’s what I’ll be working on,” said Malonzo after the Green Archers’ 89-63 win over Adamson University in its final game of the year.

The athletic 6-foot-7 wing still has to play 14 games in the PBA D-League before he becomes eligible for the PBA Draft.

“There’s still a couple of D-League requirements and I think that’s what it is then I’ll be able to enter my name in the next Draft.”

Malonzo had 34 points and 12 rebounds in his final UAAP game but he said that what he’s shown in his lone season is just the surface.

“I wish we had more games to play, I wish we made the Final Four,” said Malonzo whose Green Archers finished with a 7-7 record. “I think I maximized the little time I had here but you know I think there’s more to show.”