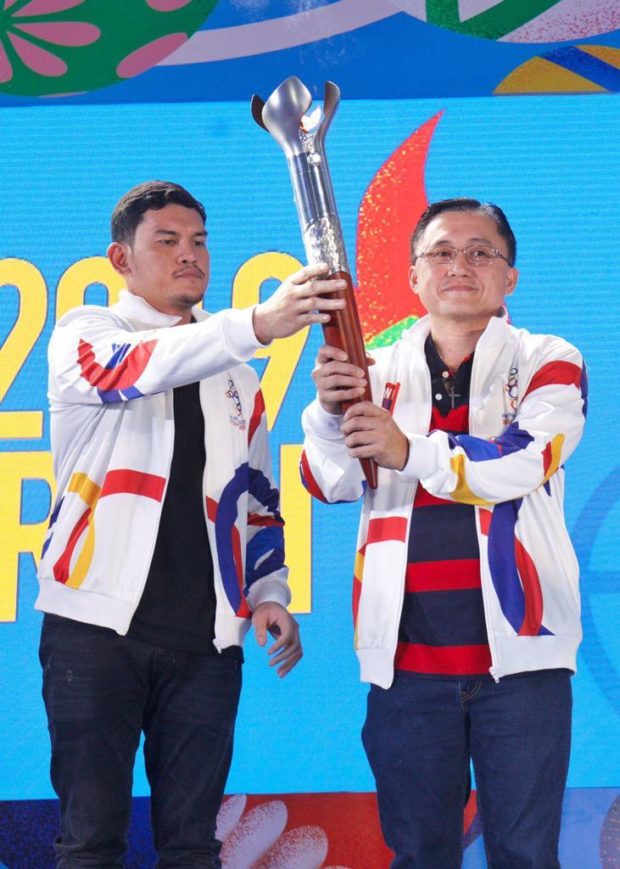 Bong Go reiterated the government’s commitment to support Filipino athletes in the upcoming games to bolster their chances of winning medals and in recognition of their hard work in bringing pride to the country through sports. “I’m so proud of them, at sila po ang magdadala ng ginto para sa ating bansa. We are expecting na makukuha natin ang ginto, maraming ginto and hopefully mag-qualify sila sa Tokyo Olympics at makuha natin ang ating inaasam na gold doon (They will win the gold for the country.  We are hoping that they win many gold medals and hopefully qualify for the Tokyo Olympics where we  also hope to capture the elusive Olympic gold medal),” he added.

In his message during the event, Bong Go said that the journey of the torch from Davao City to New Clark City in Tarlac is symbolic in uniting the country in support of Filipino athletes as the Philippines will host the regional sporting event for the fourth time in its long history.

Bong Go also stressed that aside from unifying Filipinos to support our national team, the torch run calls for the closer integration and unity among countries in the Southeast Asian region, particularly in terms of sports development.

As for the preparation for the Games, Bong Go said that the country is ready to host the festivities in the coming month.

To inspire Filipino athletes to do well in the SEA Games, Bong Go said that additional rewards and incentives may be provided by the President to the competing athletes aside from the incentives that may be given to them as provided by law.

Optimistic about the development of sports in the country, Bong Go is hopeful that Filipino athletes will soon become “a force to reckon with” in the international sporting stage.

“We have so many things to look forward to in Philippine sports. There is no doubt that Filipino athletes are at par with the best in the world. Combined with the all-out support that our government is giving them, they are a force to reckon with,” the senator declared.

The PHSS is proposed to be built in New Clark City in Capas, Tarlac.

The senator is confident that the facility will hone the Filipino youth to become more productive members of society through sports development.