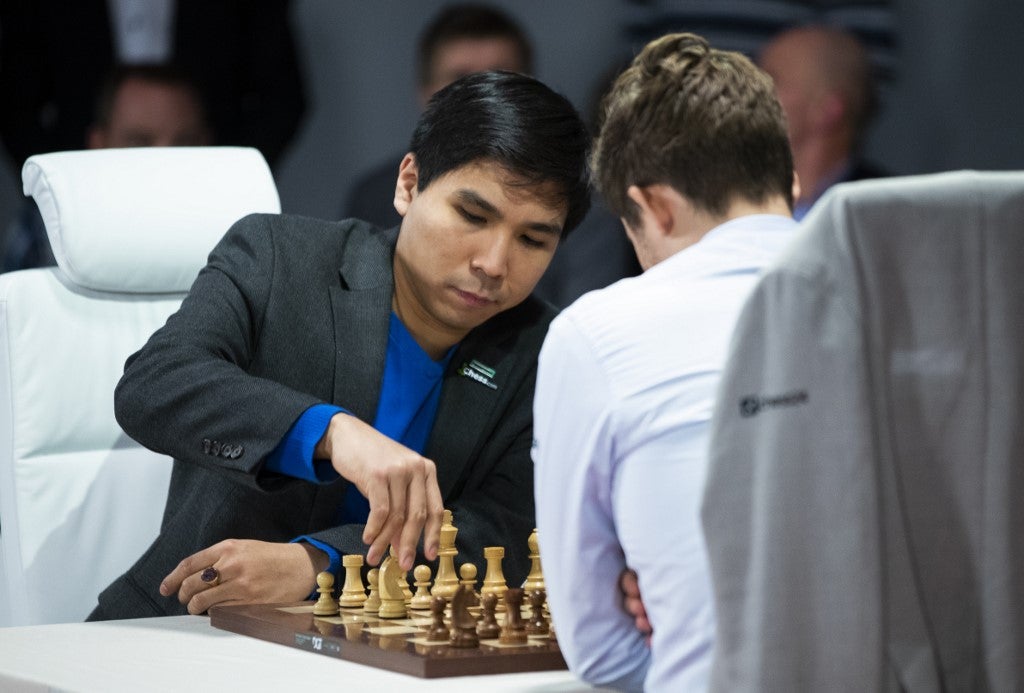 The Filipino-American grandmaster, who now represents the United States, swept Carlsen 13.5-2.5 and started off the match defending with the black.

“I’m very happy, it’s my favorite type of chess and it hasn’t been popular until the last couple of years,” So told Chess.com. “Magnus had a bad couple of days; if it was regular chess he would’ve beaten me easily.”

“To me, mainly chess is art—that’s why I like Fishcer Random a lot; there’s a lot of creativity,” added So.

The late World Champion Bobby Fishcer invented the Fishcer Random and its difference from standard chess is that the pieces in the back rank are randomly shuffled instead of having set positions.

So said he liked Fishcer Random better than the standard game since it allows him to conceptualize moves and attacks in each game instead of memorizing set pieces.

“The trouble with real chess is that people can memorize up to 40, sometimes more sometimes less,” said So. “I don’t like memorizing moves that I don’t understand. Here in Fischer Random you get a game literally from the beginning.”