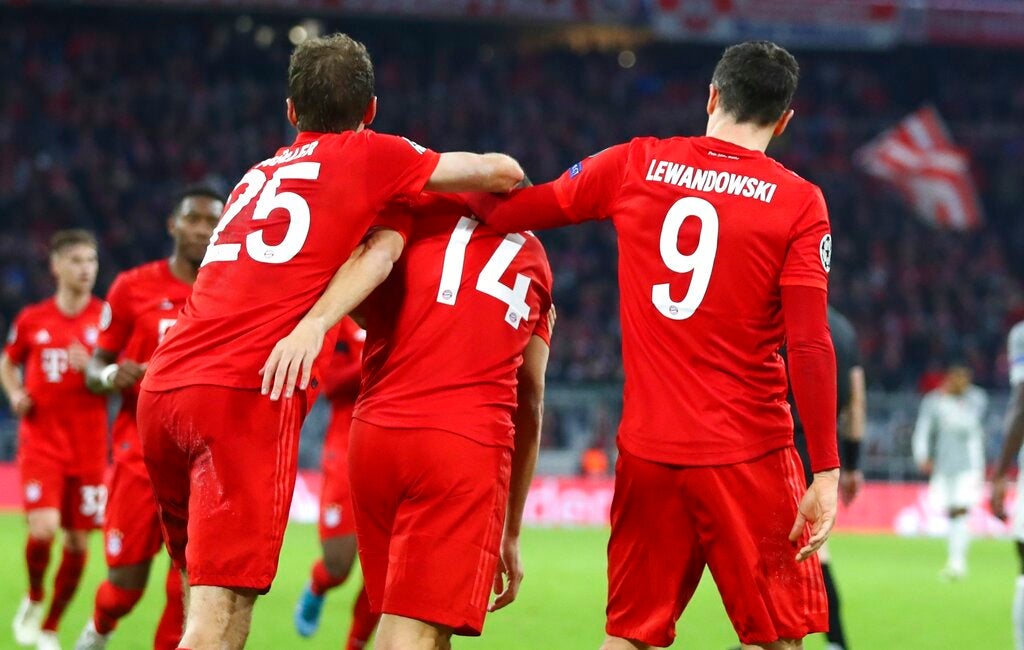 MUNICH — Robert Lewandowski scored again as Bayern Munich reached the Champions League knockout stages with a 2-0 victory over Olympiakos on Wednesday in the club’s first game since coach Niko Kovac was fired.

Ivan Perisic added a late goal for Bayern as interim coach Hansi Flick oversaw a performance with few highlights on his debut.

But Lewandowski’s 69th-minute opener and Perisic’s strike in the 89th, a minute after he came on as a substitute, were enough for the Bavarian powerhouse to reach the last 16. With two games remaining, Bayern tops Group B on 12 points, eight ahead of last season’s finalist Tottenham, which was playing at Red Star Belgrade later.

Kovac was fired on Sunday, one day after the seven-time defending German champion slumped to its heaviest Bundesliga defeat in more than 10 years with a 5-1 loss at Eintracht Frankfurt.

Against Olympiakos, it was a cautious game from Bayern with little fluid play.

“We had 27 attempts. I was satisfied with the team. We constantly put the opponent under pressure and dominated,” Flick said.

The home side dominated possession but displayed little urgency or imagination going forward. While Bayern wracked up attempts after Goretzka first tried his luck from distance, Olympiakos ‘keeper José Sá proved equal to the few that were on target.

Sá produced excellent saves to deny Coman, then Thomas Müller before Benjamin Pavard was denied by the post before the break.

Coman tested Sá again after the break, before Lewandowski finally made the breakthrough with Bayern’s 20th attempt of the game.

Coman fired the ball in from the right and the Polish striker deflected it in with his right boot for his sixth goal in four Champions League games, his 21st of the season across all competitions

Perisic had an easy finish to seal the win after some good play from Coman and Corentin Tolisso in the build-up.

“It was a good game from us,” said Bayern captain Manuel Neuer, who was happy not to concede before the Saturday’s clash with Borussia Dortmund in the Bundesliga. “For our confidence in defense that was important.”

Read Next
Antetokounmpo, Bucks hold off Clippers for 4th win in a row
EDITORS' PICK
Bong Go demands ‘fair reporting’ from ABS-CBN but will appeal to Duterte to save jobs
Mallorca City: Home of Cavite’s finest industrial hub
Wilder says costume wore him down before Fury did
Franchise of media giant to go on Guevarra tells senators
ABS-CBN apologizes to Duterte for 2016 election ad mess
Here’s How Protein and Calcium Deficiency Can Affect Your Kid’s Health
MOST READ
Jordan: ‘When Kobe Bryant died, a piece of me died’
Dominguez: ABS-CBN account on unaired ads ‘does not tally’ with Duterte campaign experience
Duterte: Set aside petty political differences to ensure Edsa legacy lives on
Lacson: For House to sit on pending bills ‘reeks of abdication’
Don't miss out on the latest news and information.