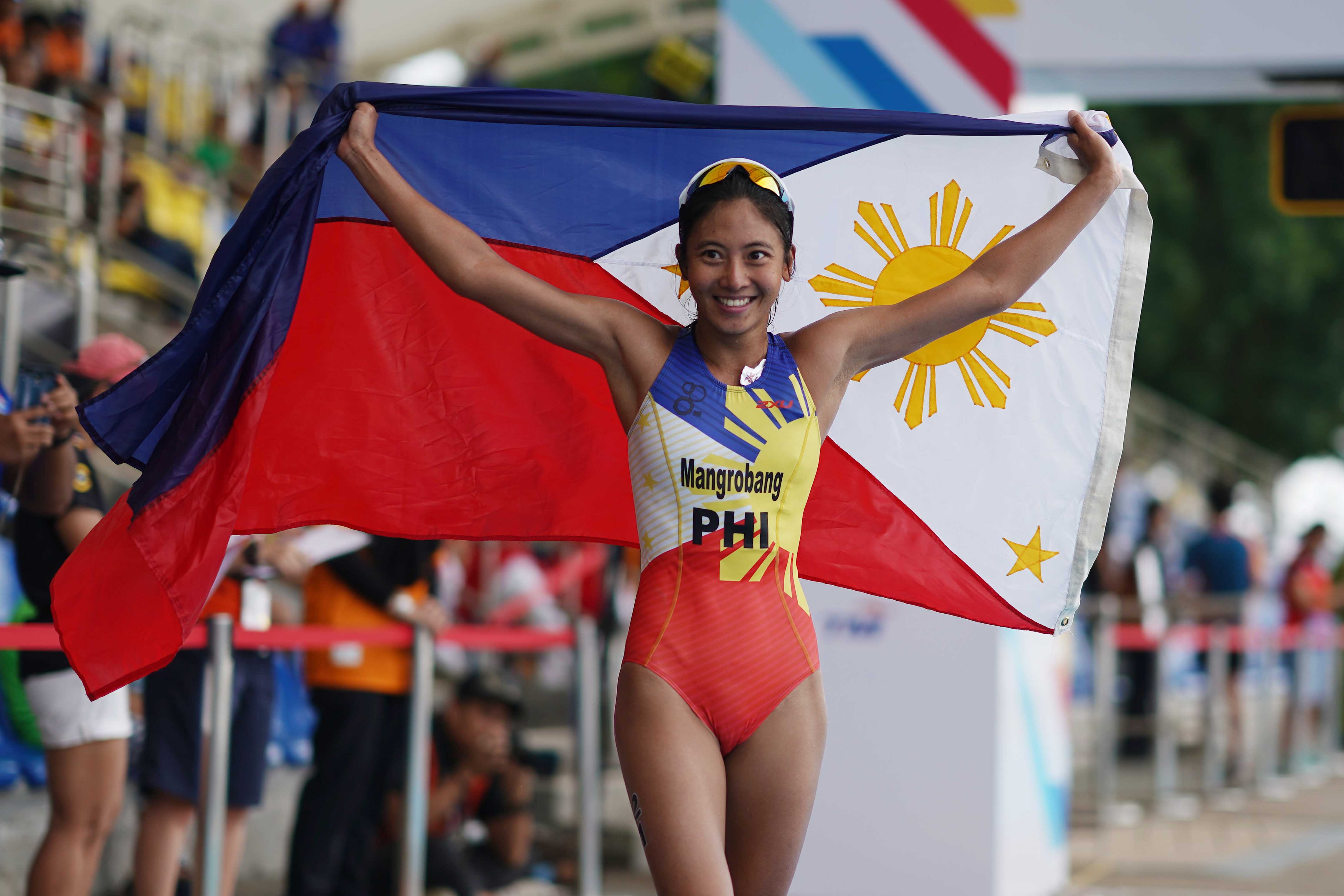 Winning the first gold for Team Philippines in the 30th Southeast Asian Games is a task that falls squarely on the shoulders of Marion Kim Mangrobang.

The defending SEA Games champion arrived on Wednesday and went straight to Subic to start her training camp.

“I don’t feel nervous about it (competing for the first gold in the SEA Games). I’ve been training 10 months a year and feel confident enough,” said the 28-year-old Mangrobang.

For the past four years, the country’s top female triathlete has been training in Portugal competing in the European circuit under her coach, Sergio Santos, who remarked on her improved “mental toughness and focus.”

She will spearhead the Philippine campaign in a sport that will be under the spotlight especially after the country’s impressive 1-2 finishes in both men’s and women’s competitions two years ago in Kuala Lumpur.

The triathlon competition will be held at the break of dawn on Dec. 1, which makes it the first gold to be decided in a hectic schedule that includes finals in other sports like kurash, judo and arnis.

Mangrobang and Nikko Huelgas topped their events in the 2017 edition with former gold medalist Maria Claire Adorna and John Leerams Chicano finishing second in their divisions.

But Huelgas didn’t make the team this time, leaving Chicano and Andrew Kim Remolino to spearhead the men’s team. Mangrobang will be joined by Kim Kilgroe in the women’s side.

“The job is never easy. It’s literally sweat and tears but there is a no room for surrender. We just have to rise up  and go beast mode,” Mangrobang posted on her Facebook page.