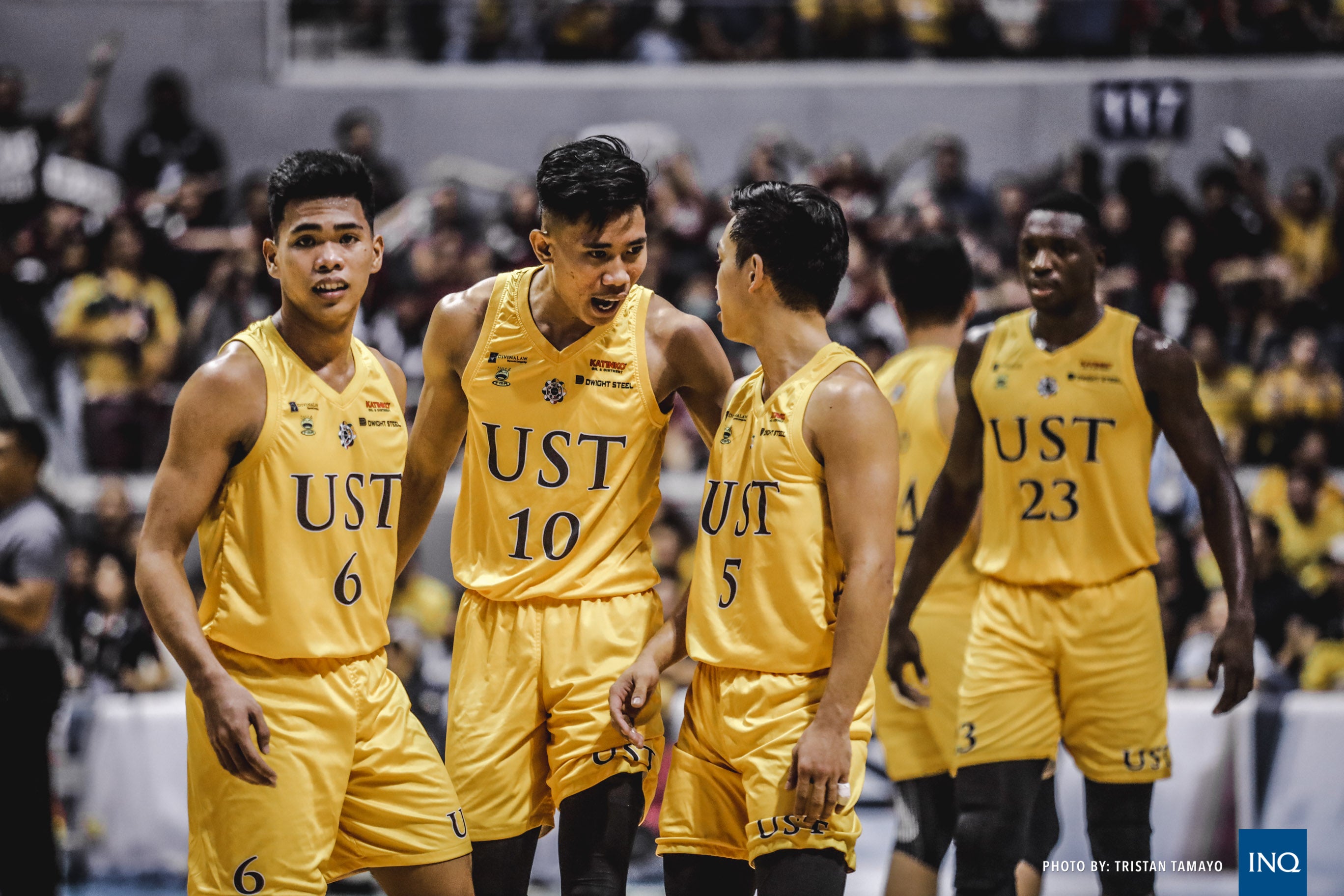 University of Santo Tomas guard Renzo Subido played the scenario in his head time and time again. Ball in his hands, game on the line and a shot from beyond  the arc.

On Wednesday night, he dug that moment out of his mind and dumped it on the hard court: In front of one of the biggest crowds of the tournament, Subido let the ball fly from five feet beyond the arc over University of the Philippines center Bright Akhuetie and nailed the three-pointer that will go down as one of the signature shots of UAAP Season 82—and his young career.

“Usually the night before the game, I visualize and I simulate in my head all the possible scenarios,” said Subido, after his 27-footer with 23.6 seconds proved to be the go-ahead basket that lifted the Growling Tigers to a pulsating 68-65 victory over the Fighting Maroons in their sudden-death battle played before a crowd of 18,548 at MOA Arena.

“I took the shot because Bright did not get any closer. I’ve been practicing those every day and I was confident. It’s all about mental preparation.”

It was only fitting that Subido, who was staring at the end of his collegiate career, buried the dagger that put the second-seeded Maroons to the sword as UST overhauled its enemy’s twice-to-beat advantage and entered the finals for the first time since 2015.

Subido’s career with UST had been littered with disappointment and heartbreaking results as the program underwent a period of transition following their previous finals appearance in Season 78. He sustained an ACL injury that season and missed the finals duel against Far Eastern U.

Subido stopped playing for the Tigers in 2017, opting to sharpen his game in different amateur leagues, while the UST program struggled to put wins on the board—before returning when Aldin Ayo was hired to call the shots a year later.

“It was a tough decision, the fact that you are leaving UST, you are leaving the UAAP, but that’s one sacrifice I had to make to become the player that I am today,” said Subido, who finished with 14 points on 4-of-9 shooting from three-point territory.

“This is really big for the Thomasian community. Honestly, we deserved this win. We just wanted to give back to the community. From Day 1 they started supporting us, and believed in us. A lot of people doubted us but they’re still there.”

Subido’s shot and the two free throws by Soulemane Chabi Yo with 4.4 seconds remaining to ice the game kept the Tigers’ dream playoff run going.

It doesn’t get any easier, though, as they’ll be up against the unbeaten two-time defending champion Ateneo Blue Eagles in the best-of-three finals starting on Saturday at Smart Araneta Coliseum.

“We haven’t achieved anything yet,” Ayo said in Filipino. “I had to temper the reactions because some of the players were celebrating and some members of the coaching staff were crying. We have to refocus.”

This was a win worth savoring as the two teams battled tooth and nail with their seasons on the line. The Tigers roared to a strong start, 18-6, behind a couple of Subido triples, before the Maroons finally hit their stride.

Then there was Subido’s big shot, which came with UST hitting just six of their 38 shots from beyond the arc.

“Just like what coach Aldin is always saying, it’s our system,” Subido said.

“We’re gonna live and die with the three-point shots. Of course there was pressure but we’ve been through a lot already. I’ve experienced losing with UST, and I just told myself I don’t want to be part of that anymore.”