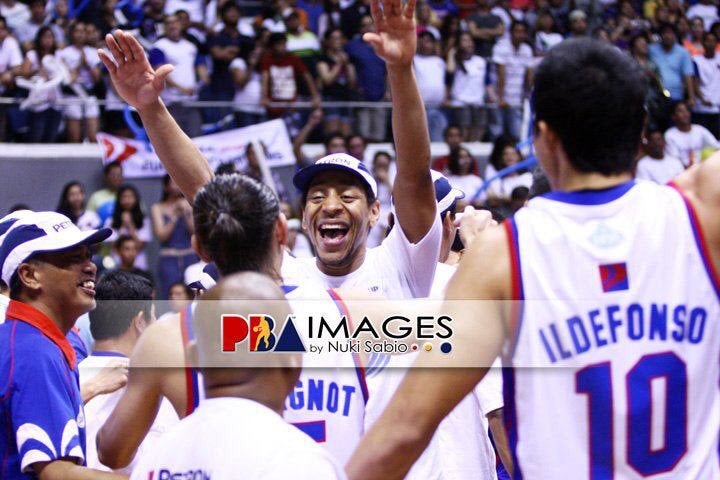 MANILA, Philippines—Former PBA import Anthony Grundy, who played for Petron in 2011, passed away Friday (Manila time), according to reports. He was 40.

His cause of death, however, is still unknown.

Grundy played in the 2011 PBA Governors’ Cup leading the Petron Blaze Boosters, now known as the San Miguel Beermen, to the title and stopping TNT from achieving that season’s Grand Slam.

Indiana University head coach Archie Miller posted about Grundy’s passing on his Twitter account while also posting pictures of when they were playing for North Carolina State University.

Terrible news to report tonight. 1997 Kentucky All-Star Anthony Grundy passed away this evening. Grundy played college basketball at N. C. State (@PackMensBball) and had a 12-year professional career, including a stint in the NBA with the Atlanta Hawks (@ATLHawks). pic.twitter.com/regrSIiO7O

“So tough to hear the news of the passing of one of my Best Men. Thoughts and prayers go out to everyone impacted,” said Miller. “Take it way back with a couple of these. Absolute warrior, one of the most fearless I have ever been around. #RIPAG #GRUNDY.”

Grundy was instrumental in the Boosters’ Game 7 win over TNT scoring a game-high 26 points.

Apart from the PBA, Grundy played in several countries in Europe and with the Atlanta Hawks in the NBA in 2006.

Grundy may have had a subpar professional career, but he was a legend in NC State after becoming the first Wolf Pack player to lead the team in all five major statistical categories (points, assists, rebounds, steals, and three-point shooting) in the 2001-2002 season.