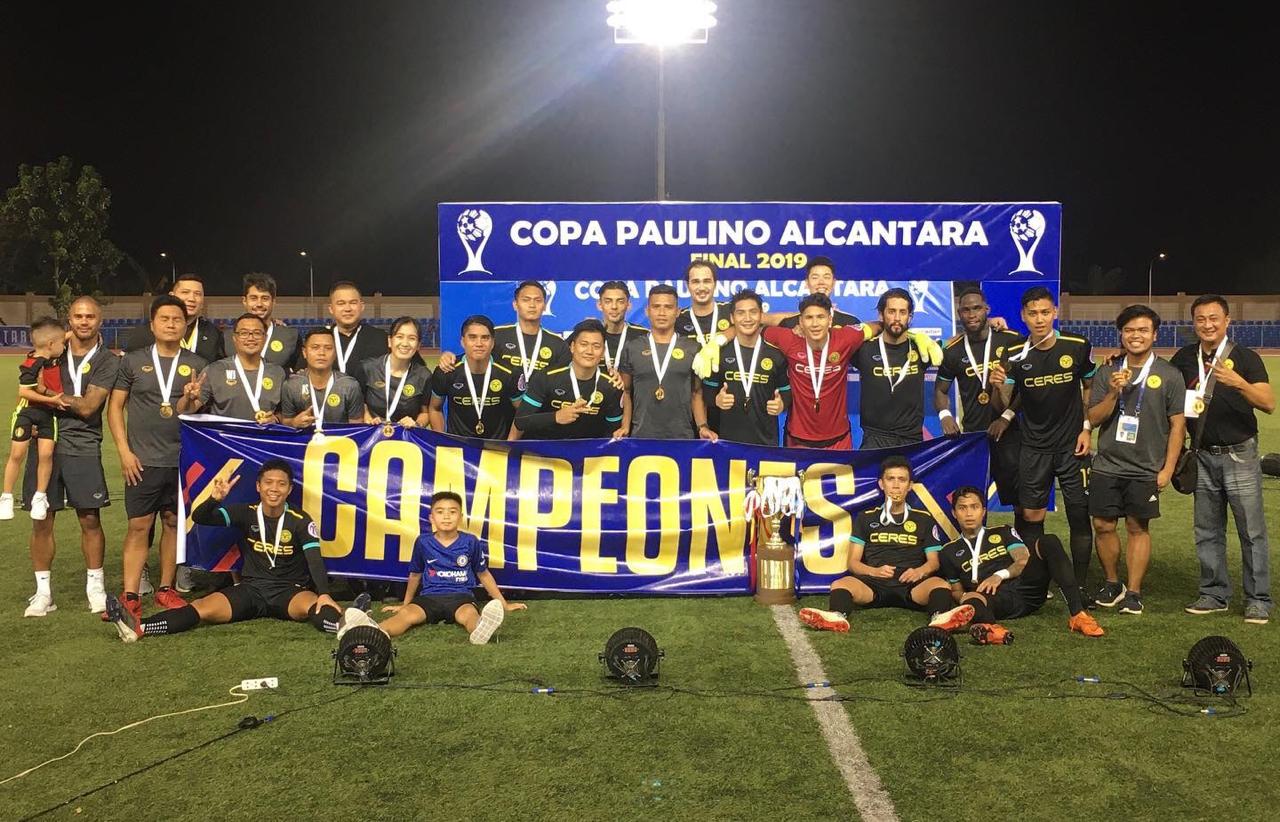 MANILA, Philippines–An undermanned Ceres-Negros side completed its date with destiny after slipping past a gritty Kaya Iloilo, 2-1, Saturday night to capture the Copa Paulino Alcantara at Biñan Football Stadium.

Goals in each half by Robert Lopez Mendy and Tristan Robles gave the Busmen the cushion they needed to hold off their fierce rivals who pulled a goal back five minutes from time through Kenshiro Daniels.

Having collected a third straight league title last month, the Busmen capped their incredible season with two trophies, including the one named after the late Filipino football great.

What made the feat even more remarkable was the fact that Ceres only had 14 players and also missed head coach Risto Vidakovic. Five players, including talisman Stephan Schrock and top defender Carlie De Murga, did not make the matchday squad as they were on national team duty.

Top scorer Bienve Marañon and defender Super Herrera were also given a break as Ceres started its campaign as early as January.

That hardly mattered in the final as assistant coach Jooc Treyes’ men came out hungry and motivated.

It took Mendy 30 minutes to break the deadlock after a flowing move involving Dylan De Bruycker and James Younghusband who laid the ball off to the Senegalese striker to stab home.

Mendy turned provider for the second goal, cutting in from the left before laying the ball off for Robles to fire past Kaya’s Michael Casas in the 68th minute.

Daniels gave Kaya a glimmer of hope with his long-range effort beating Roland Muller in the 85th minute, but the Busmen proved solid defensively to see out the match.

The match offered little incentive as both clubs already qualified for continental competitions next year.

But for Ceres, it was another display of grit and determination to end the season without a single defeat.