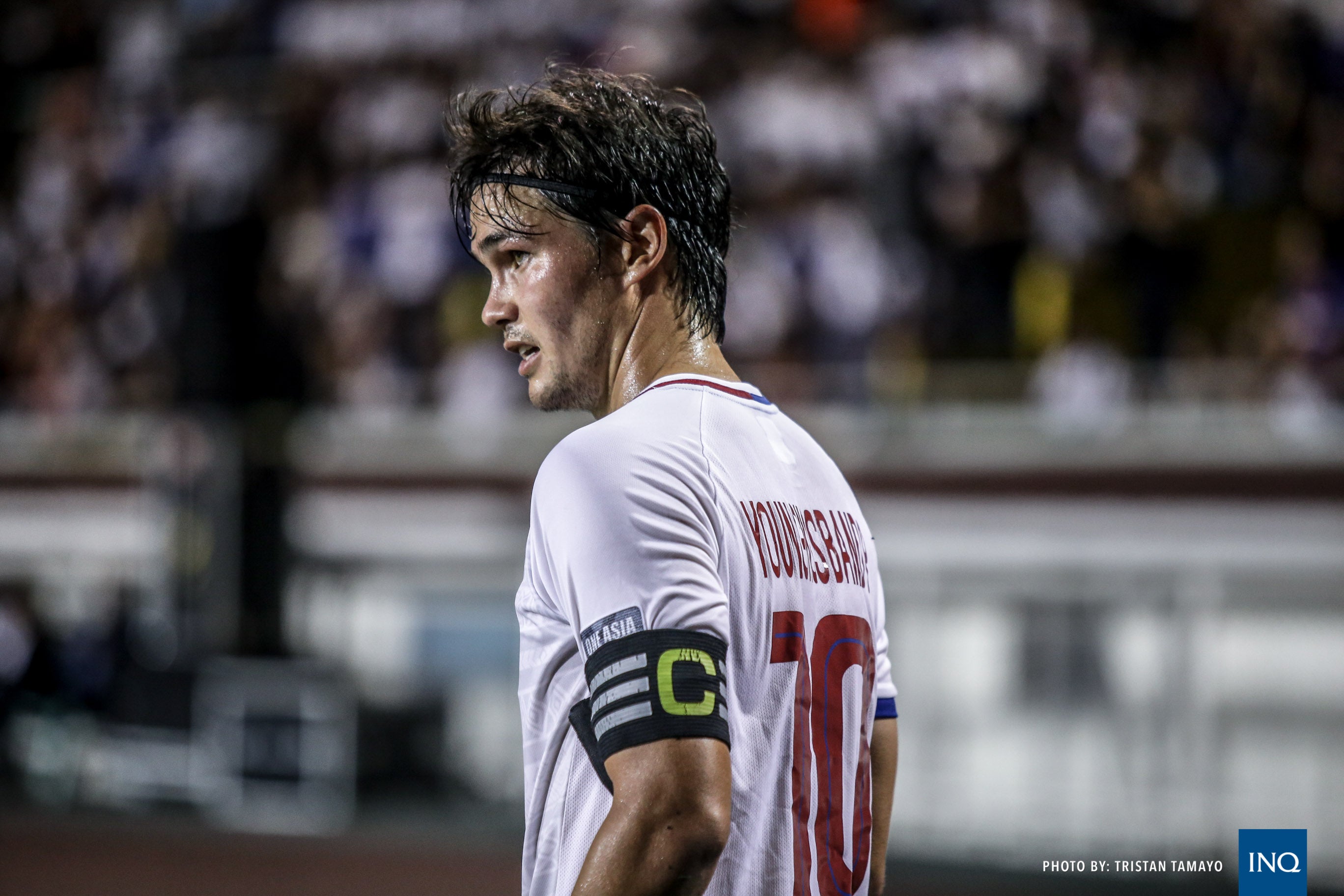 Phil Younghusband, the face of the Philippines’ rise from footballing obscurity over the last decade, announced his retirement from the sport at age 32 on Monday.

In an international career spanning 13 years, Younghusband finished his career as the country’s top goal scorer with 52 goals and also holds the record in most appearances for the national team with 108 matches.

Younghusband served as captain for the national team following Rob Gier’s retirement three years ago. He wore the armband as the Azkals clinched an AFC Asian Cup berth for the first time in history with a 2-1 win over Tajikistan at Rizal Memorial Stadium in March 2018. Younghusband also marked that game with the 50th goal of his international career.

“It was an amazing moment,” said Younghusband as he looked back on the goal in a recent episode of the football podcast Across The Line hosted by former national team star Chris Greatwich. “Anyone could have taken that (penalty) and scored. But it was all about qualifying to the Asian Cup.”

A member of the reserve team of English football club Chelsea, Younghusband was first called up to represent the country in the 2005 Southeast Asian Games in Bacolod, where he scored twice in the 2-4 loss to Malaysia.

He returned to Bacolod a year later to play his first senior international tournament for the Philippines in the Asean Football Federation Championship qualifiers, leading the Azkals with six goals from three matches.

But Younghusband will be best remembered for his goal in the 2010 AFF Suzuki Cup in Hanoi, Vietnam. With the Azkals ahead, 1-0, against then defending champion Vietnam, Younghusband, who was suffering from food poisoning the night before, rifled home the goal that sealed a 2-0 victory which is still considered one of the biggest upsets in tournament history. That match now called the “Miracle in Hanoi” remains the most memorable in recent Philippine football history.

Younghusband played for two clubs in the Philippines, spending seven seasons with Meralco Manila and two seasons with the Davao Aguilas.

A string of events may have led to Younghusband’s decision to retire as he had recounted in the same episode of Across The Line.

After Davao suddenly folded in December 2018, Younghusband was left out of the starting lineup in the three matches in the Asian Cup, which was the biggest tournament to date for the Azkals.

“I was disappointed not to in the starting lineup, but no one spoke to me before the first game so I ended up asking Sven (Goran Erikssen) and he apologized which I completely understood,” said Younghusband, who came off the bench in all three matches in the tournament.

“But from then on, my morale was very low at that time. I wanted to be in this competition. I never wanted to end but then when I was there I was demoralized very low. But of course, I know everyone who’s involved in the team deserved an opportunity to be there.”

Younghusband said the experience left a scar and admitted that it was the reason why he took a break from the sport this year.

Asked how he wanted to be known after his career, Younghusband said he’d rather be remembered as a “good person first before a football player.”

Still, Younghusband said him and brother, James, who plays for Ceres-Negros FC, will continue to be mentors and ambassadors of the sport.

“I also want to do what I can to help the sport,” he added.