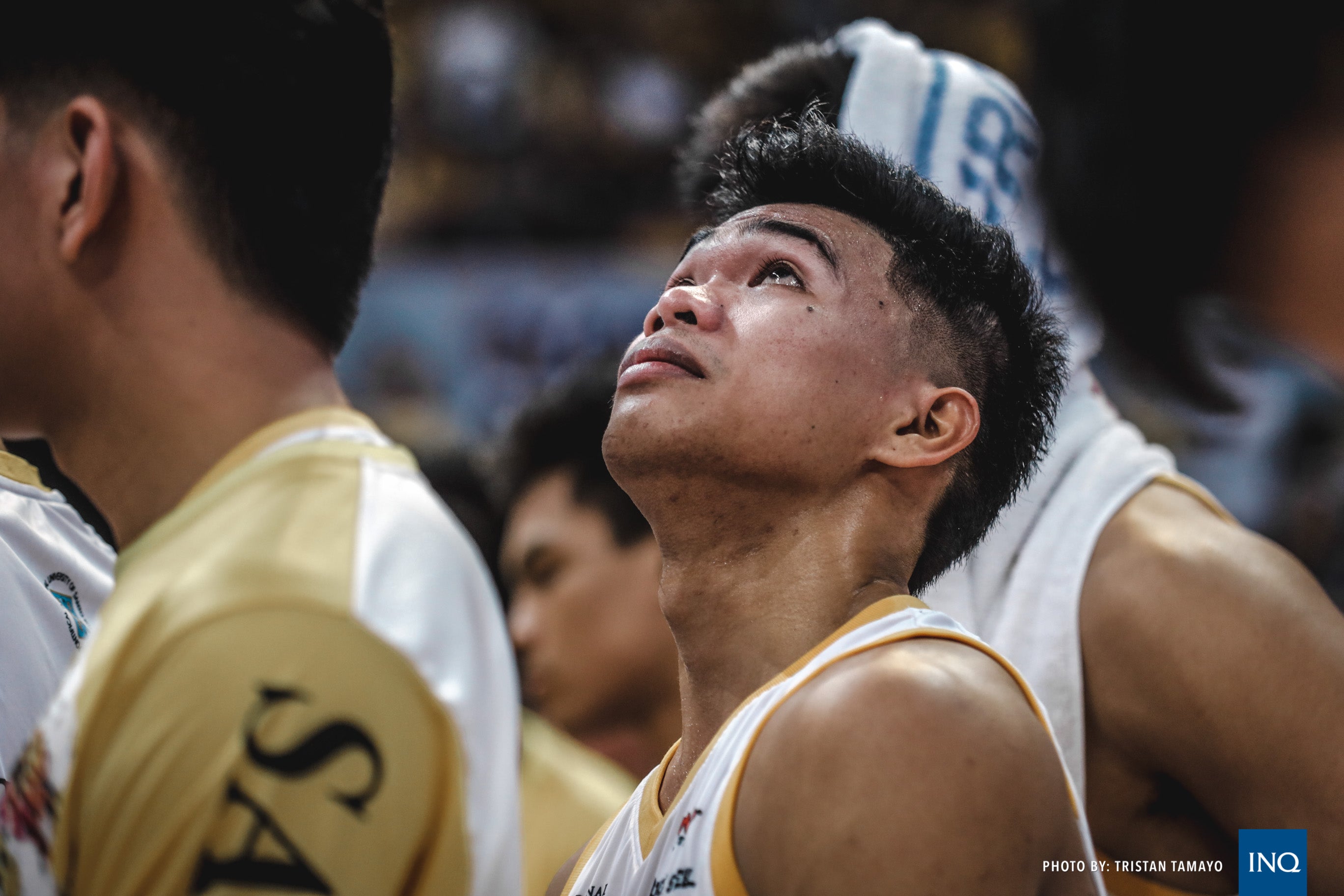 MANILA, Philippines—University of Santo Tomas’ inspiring run in the UAAP Season 82 men’s basketball tournament has come to an end after losing to Ateneo 86-79 in Game 2 of the championship round.

The Growling Tigers got swept in their first finals appearance since 2015 and Mark Nonoy, the Rookie of the Year, said the defeat will serve as the team’s fuel come Season 83.

“This will be our motivation going forward to achieve our goal,” said Nonoy in Filipino Wednesday at Mall of Asia Arena. “Although we lost three seniors today, what we did was for them and we’ll also dedicate our campaign next year to them.”

UST lost seniors Renzo Subido, Zachy Huang, and Enrique Caunan due to graduation but the superstar duo of Nonoy and Season MVP Soulemane Chabi Yo will still be with the team.

Captain CJ Cansino and Rookie of the Year runner-up Sherwin Concepcion are still in the fold.

Nonoy and the rest of the Growling Tigers flew under the radar heading into the season but they emerged as the fourth seeds after the elimination round with an 8-6 record.

The Growling Tigers then, went through a gauntlet in the stepladder semifinals, beating Far Eastern University and University of the Philippines in knockout duels en route to the finals where they were once again the underdogs.

Ateneo walloped UST, 91-77, in the finals opener before fending off the Tigers to clinch its third consecutive crown.

“I think it hurts because we didn’t get our goal but we will bring this pain next year season,” said Nonoy who had 14 points, six rebounds, and five assists in Game 2. “We will prepare not just for the silver, but for the gold.”