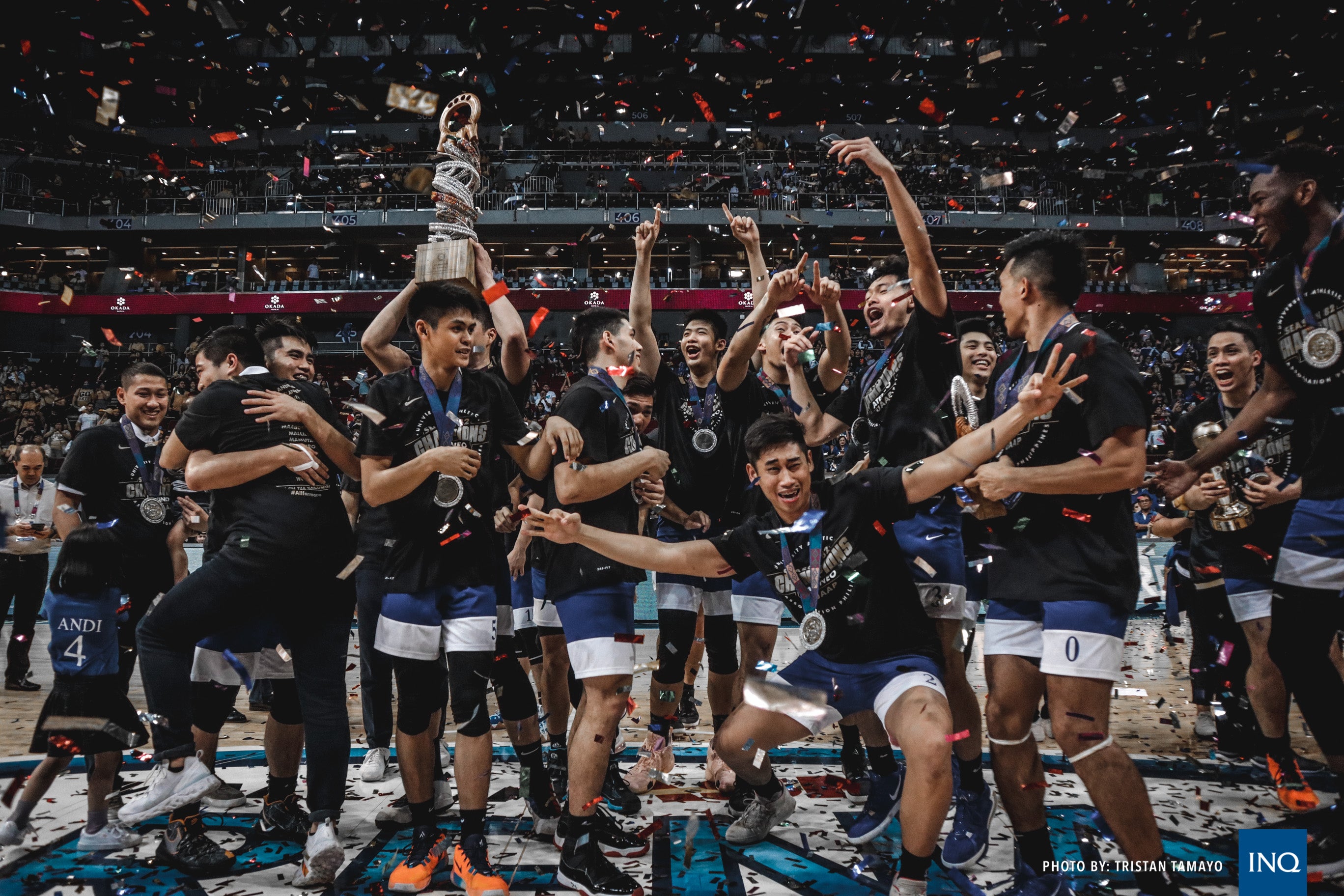 The Ateneo Blue Eagles celebrate after becoming the first team in the UAAP to complete a 16-0 sweep following an 86-79 win over the UST Growling Tigers in Game 2 of the UAAP Season 82 men’s basketball Finals on Wednesday, November 20, 2019, at Mall of Asia Arena in Pasay City. Photo by Tristan Tamayo/INQUIRER.net

MANILA, Philippines — Finding stiff resistance this time around, the Ateneo Blue Eagles played with poise, composure and the aggression that champions are made of.

The Eagles completed a historic 16-game sweep in UAAP history with a dramatic 86-79 victory over the University of Santo Tomas Growling Tigers in Game 2 for their third straight crown before a mammoth crowd at MOA Arena.

Thirdy Ravena delivered a solid follow up to his 32-point explosion in Game 1, finishing with 17 points including critical baskets in the final period, while SJ Belangel tallied a career-best 15 points as the Eagles found answers to every punch thrown by the gritty Tigers.

The Eagles began the season with huge expectations after keeping the core of the team that won the last two titles. They knew they had to back it up with solid performances.

Time and again, Ateneo, under the guidance of Tab Baldwin, proved more than equal to every challenge, culminating with a tremendous Game 2 performance against a UST team that refused to quit.

An emotional Ravena stood at the top of LED board right in front of the Ateneo gallery and raised two hands in the air, drawing cheers from a delirious blue-clad crowd.

Ravena earned Finals MVP honors for the third straight season after averaging 24.5 points in the series.