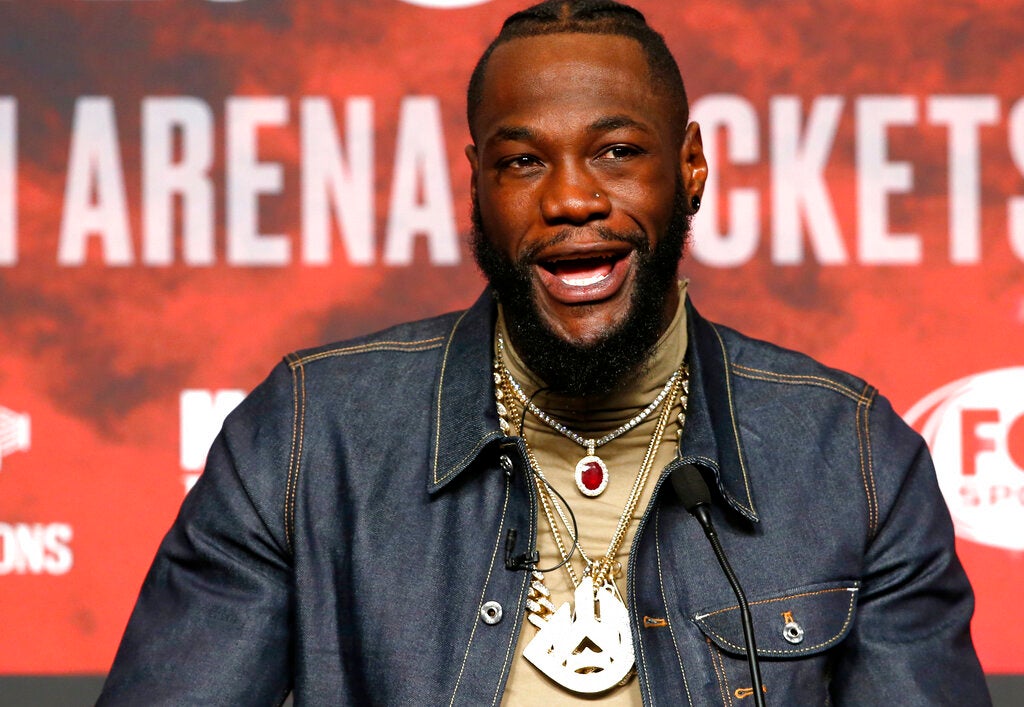 LAS VEGAS — Deontay Wilder is rolling the dice in a city where a good gamble can quickly go bad.

Beat Luis Ortiz on Saturday and a lucrative rematch with Tyson Fury in February can’t come soon enough. Walk into the wrong end of a big right hand, though, and any plans to dominate the heavyweight division will have to be drastically revised.

Unfortunately for boxing fans, they’ll have to buy the pay-per-view to find out in real time.

“He is one of the most dangerous fighters in the division, period,’’ Wilder said. “That’s why so many guys don’t want to fight him.’’

Wilder is a 7-1 favorite to beat the 40-year-old Cuban and retain the piece of the heavyweight title in the fight at the MGM Grand Garden arena. It will be the 10th title defense for the erratic but big-punching Wilder, who is counting on a win to keep his scheduled Feb. 23 date against Fury.

“Where I’ve got to go is through Ortiz and straight to Fury,’’ Wilder said. “My schedule is packed with a lot of fun in the heavyweight division. Fights people want to see.’’

Wilder (41-0-1, 40 knockouts) puts his unbeaten record on the line in a heavyweight bout that is the first of three planned fights in upcoming months that will say a lot about the state of the heavyweight division.

Two weeks later, Anthony Joshua tries to regain his title from Anthony Ruiz Jr. in Saudi Arabia, and, assuming Wilder wins against Ortiz, he will face the former champion Fury in February.

“The heavyweight division is strong and back and Deontay Wilder is definitely the one bringing the excitement to it,’’ Wilder said.

Just why Wilder is fighting Ortiz again instead of a less risky bout is mainly about the money. The fight will be on Fox pay-per-view (suggested price $74.99), giving Wilder a chance to make far more than the $2.1 million he got to stop Ortiz in the 10th round of their first fight in March 2018.

Ortiz will get a nice payday, too, and a chance to finish off what he couldn’t in the first fight when he had Wilder out on his feet in the seventh round but couldn’t put him away.

“I was going to finish him and the fight was over basically,’’ Ortiz said. “I haven’t had any other situation like that where I hadn’t gotten a knockout in a scenario like that. So it’s just a matter of putting some punches together and winning this fight.’’

That Ortiz has the power to stop any heavyweight is not in dispute. The loss to Wilder is the only blemish on a 31-1 record with 26 knockouts in a career that began in 2010 after he left Cuba to make his fortune in professional boxing.

But he’s stocky and relatively slow and doesn’t have a signature win on his record. And though Ortiz claims to be 40, there are some in boxing who believe he may be older than he says.

Still, he has three straight wins since suffering his only loss and is determined to make good in what might be his last real chance at a heavyweight title.

“You absolutely never know what Wilder is going to do as far as how he approaches his fights,’’ Ortiz said. “But one thing for sure is that both mentally and physically I’m at my best and prepared. So he can bring whatever he is going to bring.’’