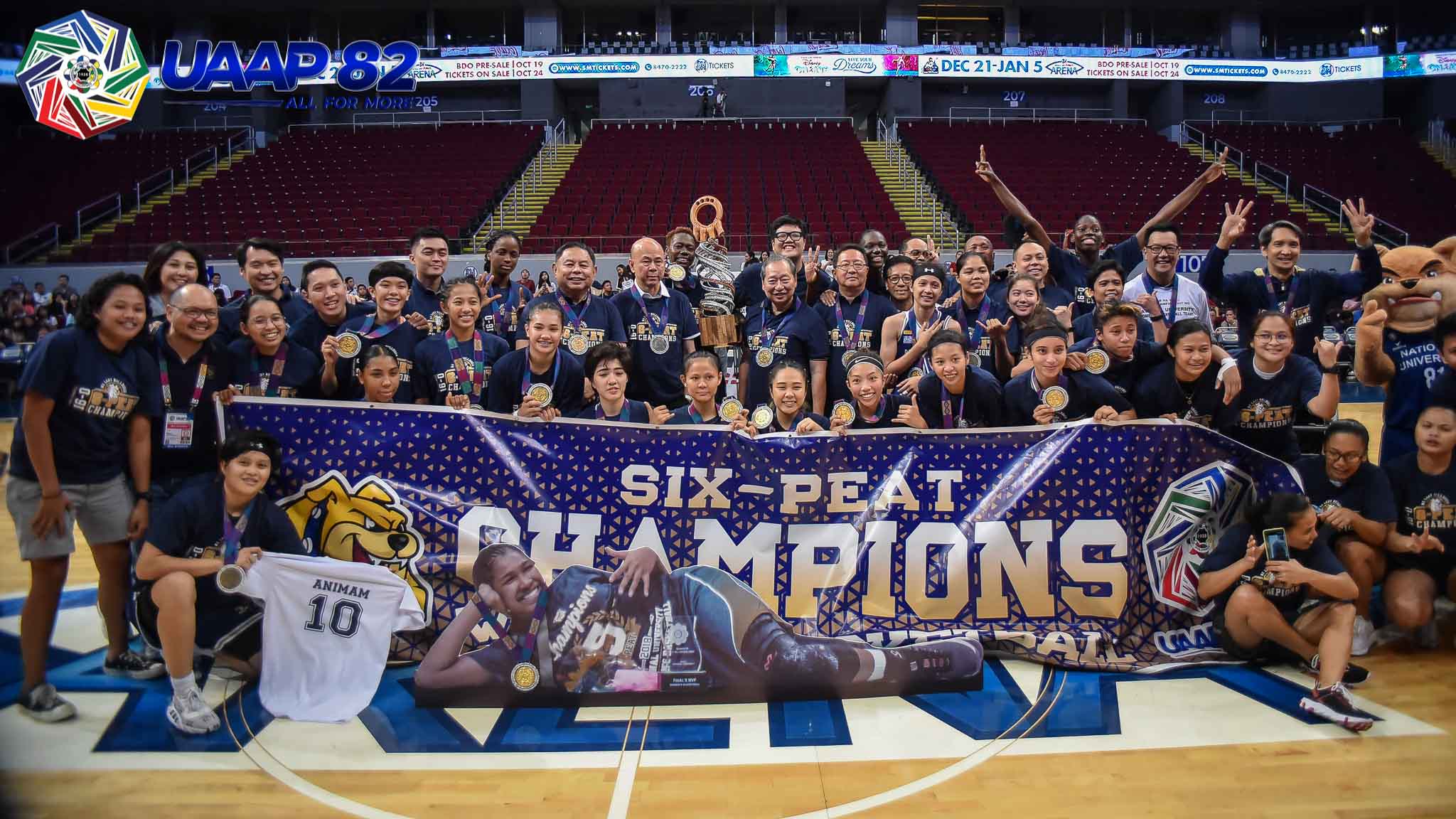 The Lady Bulldogs capped off another perfect season with a sweep of University of Santo Tomas, clinching the crown with a  66-54 victory in Game 2 of the UAAP Season 82 women’s basketball finals Saturday at Mall of Asia Arena.

Monique Del Carmen lit up early from the field, scoring seven first quarter points to help NU to a 25-8 start to take control from the get go.

“So happy with everything,” said NU head coach Pat Aquino. “I didn’t imagine we will have six tiles in six years with no losses. We are so happy for the schools and the players.”

Kaye Pingol also had 15 points with five rebounds, two assists, and two steals, but wasn’t able to finish the game after hurting her right shoulder.

The Bulldogs dedicated the title to power forward Jack Animam, who is still in Auckland, New Zealand, after suffering an orbital fracture on her right eye.